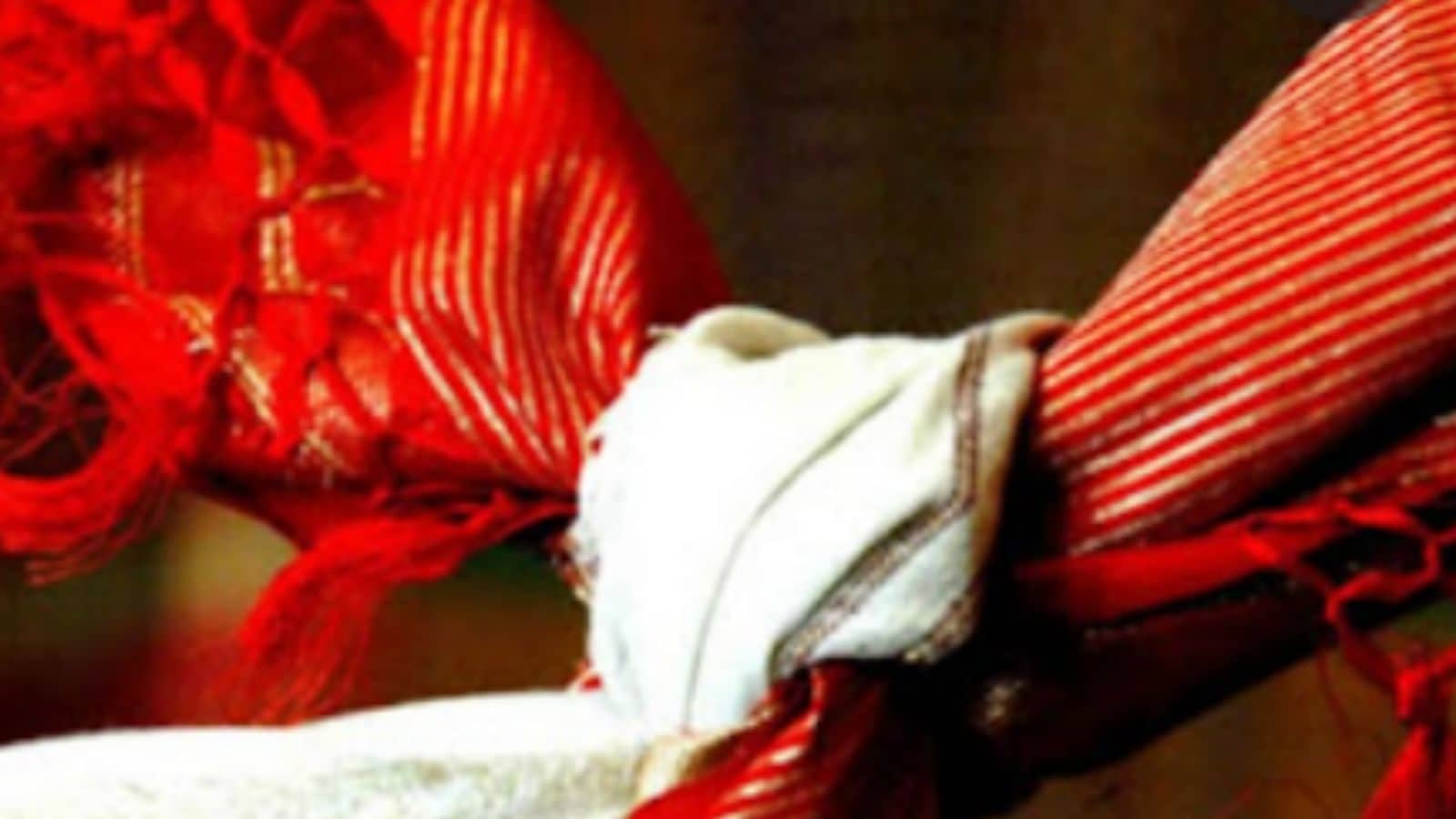 A Hindu woman from Delhi recently crashed into her live-in partner’s nikah in Uttar Pradesh’s Bijnor with the aid of police and drove back to the capital city to marry him. The incident came to light after 22-year-old Santosh Kumari’s partner, Ajmal Ahmad (25) went back home to UP, where he was caught marrying another woman.

Santosh and Ajmal met each other at a salon in Delhi and eventually got close. They decided to move into a house in Sarai Kale Khan together. Following Ajmal’s visit to his hometown, Santosh wanted Manadawar police’s aid to stop him from getting married to another woman and bring him back.

Santosh was soon accompanied by a group of cops after she filed a complaint on Tuesday. The group soon stormed the nikah mid-way and got Ajmal to the police station, where the matter was being investigated. In the FIR, Santosh wrote that she has been in a relationship with Ajmal for the past year and wants to get back to Delhi and marry him there, reports Times of India.

Meanwhile, following chaos at the station, a group of Vishva Hindu Parishad (VHP) members intercepted the matter and tried to explain to Santosh that she was being ‘coerced’ into the marriage by a Muslim man. However, Santosh explained that she is marrying Ajmal with her own consent and the inter-faith marriage is not against her will.

However, Santosh’s decision to go ahead with the marriage left the VHP members disgruntled, who complained that the cops were throughout ‘mute spectators’ to the ‘wrong’ being done.

In the evening, Santosh and Ajmal drove back to Delhi and no FIR was filed by Ajmal’s family in this regard. The police informed reporters that the case now belongs to the Delhi police.

In a recent incident in Uttar Pradesh Auraiya, a wedding was called off at the last moment after the groom could not read the newspaper without his glasses on. A police case was also registered by the bride’s family against the groom and his relatives for hiding his weak eyesight.

Earlier to this, a bride in Uttar Pradesh’s Ballia refused to marry the groom after he arrived drunk at their wedding venue. Maniyar police station official Shailendra Singh said that the bride, hailing from Mishrauli village, was supposed to get married to the man from Khejuri village on June 5. However, once the groom arrived with the marriage procession, the bride suspected that the groom was drunk and had also chewed ‘gutkha’. She then refused to get married and the wedding was called off.

From Vocalisation to Marking Territories, This is How Red Pandas Communicate