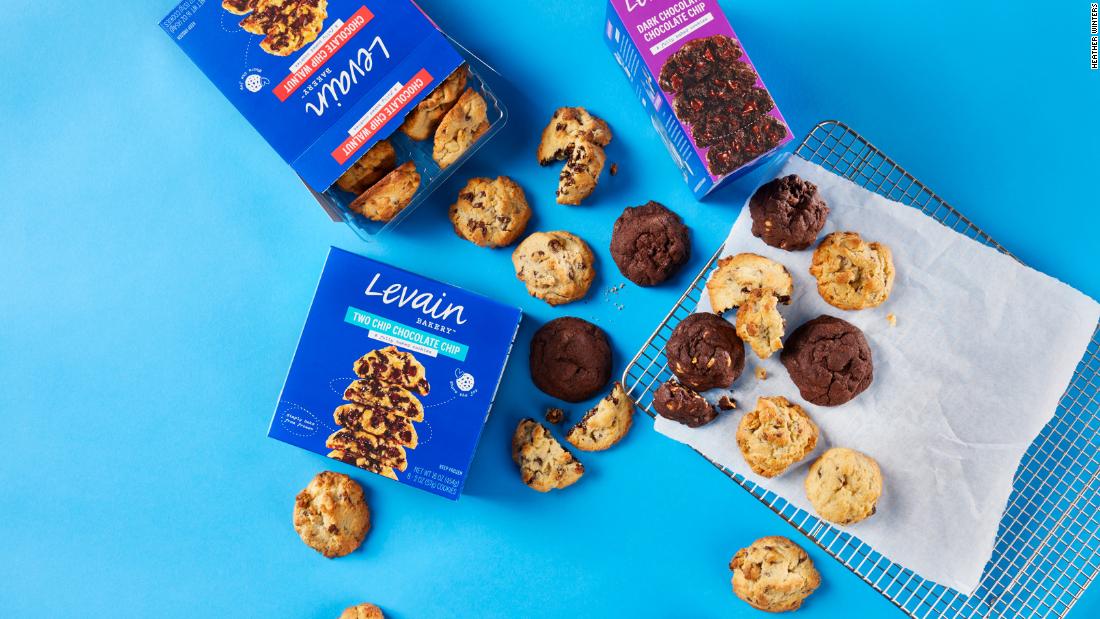 It’s the latest example of a local restaurant trying to cash in on a wider audience for its products at the grocery store. The approach comes with challenges but potentially big rewards.

Restaurants that move into supermarkets have to develop new distribution models, Neil Saunders, managing director of GlobalData Retail, said. For frozen items, that means making sure that products remain frozen along the supply chain. And they may face new marketing and packaging fees, as well. “It’s quite a big move for a company,” he said.

Levain “will expand only as quickly as we are able to maintain the quality of the product,” CEO Andy Taylor said about facing such challenges, adding that the company has budgeted for some additional marketing.

A big investment allowed Levain to expand into the grocery space, Taylor noted.

Levain was founded by a pair of competitive swimmers and triathletes, Pam Weekes and Connie McDonald, in 1995. Weeks and McDonald developed the cookie to offer a sweet energy boost while they were training. Over 20 years later, in 2018, the private equity company Stripes took a majority stake in Levain. Stripes tapped Taylor to lead the company at the time.

Executed correctly, a grocery launch can have a big payoff, Saunders said. “You can make a phenomenal amount of money in revenue because your sales capability is just amplified enormously,” Saunders said. And, he added, a new channel can teach restaurants more about their customers’ preferences.

The grocery versions are smaller than the ones you can buy in the store, about two ounces compared to six ounces per cookie. They’re also priced a little differently: A single Levain cookie costs about $4 in stores, while a frozen package of eight cookies comes to about $10 per pack. But after about five to seven minutes in the oven, the frozen cookies should be soft and chewy on the inside, like the bakery version.

Even though sales in the frozen department have grown about 15% over the past year, according to Nielsen data, it’s a difficult time to launch a new frozen product.

That’s because during the pandemic, companies introducing new products lost an important marketing tool: in-store trials. Levain can’t take advantage of the increased interest in frozen foods if people don’t know that Levain cookies are in the freezer.

“When most people think of cookies, they think to find them in the shelf-stable aisle,” said CEO Andy Taylor. “We’re trying to shift consumer habits in grocery.”

A few years ago, Levain started working on a shelf-stable cookie.

That product “was phenomenal,” Taylor said. “We were ready to launch.” But a shelf-stable cookie didn’t deliver the chewy center that Levain cookies are known for, so the team scrapped that product and went back to the drawing board.

The frozen cookie available today is truer to the original product, Taylor said. He added that Levain is exploring adding more flavors and products, like cake, brioche, or muffins, to grocery stores.

Finding an alternative to in-store tastings is “the biggest challenge,” he added. “We haven’t got a magic bullet,” for that problem, he said. The company is also using a slow rollout to learn how to best advertise the product. Though the cookies are only hitting freezers nationally this month, Levain launched in select markets starting last September. To raise awareness for the item, Levain sent signage for stores to paste onto their freezer doors and launched a press campaign, among other things.

Levain is not the only New York icon bringing its signature products to retail shelves. Earlier this year, Carbone announced that it is selling its pasta sauces online and in some supermarkets for the first time.