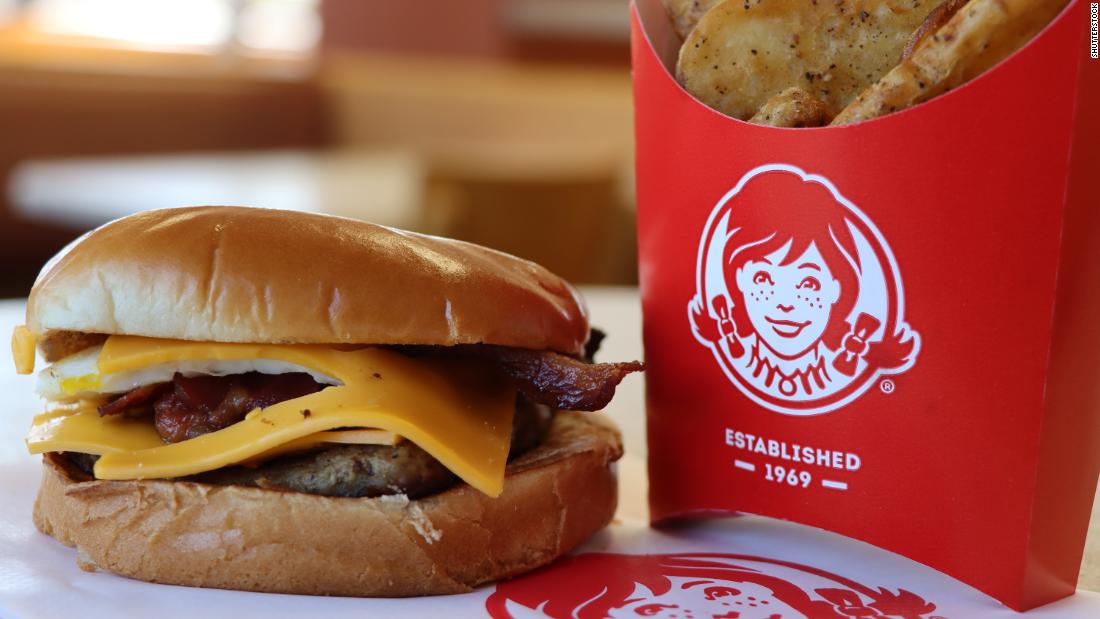 The chain said Wednesday that sales at its US restaurants open at least a year grew 2% in 2020, thanks in large part to breakfast. CEO Todd Penegor said during an analyst call that in the last three months of the year the meal amounted for about 7% of the chain’s sales, and should rise to 10% by the end of 2022.

“We know that we are just scratching the surface of its potential,” he said.

Before the pandemic, competition in breakfast was heating up. Fast food restaurants saw it as a rare opportunity for growth. But once stay at home orders set in and many people stopped commuting to work, breakfast sales fell off.
Wendy’s success at breakfast can be partially attributed to the chain’s huge breakfast marketing push shortly before the pandemic shut down parts of the United States last year, leaving Wendy’s top of mind for customers. And people who ate Wendy’s breakfast during the pandemic have been satisfied, Penegor said.
Wendy’s breakfast menu has several options, including egg and cheese sandwiches on croissants or biscuits, seasoned potatoes, decadent Frosty-ccinos and even some chicken sandwiches, such as the honey butter chicken biscuit sandwiches.

Those “fun and indulgent” items may be another reason for the good sales performance during the pandemic, said Amanda Topper, associate director of foodservice research at Mintel.

“Not only [are they] really appealing to young consumers, but just giving people something to get excited about, something new to try,” she said. Restaurants that sell items people can’t make at home for themselves have a better chance of luring breakfast customers during the pandemic, she said.

Wendy’s plans to maintain its momentum by investing more into marketing efforts. It’s also expecting some people to treat its breakfast items as a mid-morning snack, which offers another sales opportunity. And once people start commuting again, breakfast sales will naturally pick up even more, according to Penegor.

Despite the sales bump, Wendy’s (WEN) missed Wall Street’s expectations for its fourth-quarter earnings and 2021 full year guidance. Shares fell about 4% on Wednesday.
At US Burger King locations, breakfast remained “significantly impacted” in the fourth quarter, said Jose Cil, CEO of Burger King’s parent company Restaurant Brands International (QSR), last month. Comparable sales at Burger King fell about 8% in the quarter.
McDonald’s on the other hand said breakfast performed well in the fourth quarter. In October, the company added three new bakery items to its McCafe line for the first time in nearly a decade. Those items have delivered a “strong performance” McDonald’s CEO Chris Kempzcinski said during a January analyst call. But it struggled with the meal earlier in the 2020.

McDonald’s new BTS meal is coming, featuring flavors you weren’t able to get in the US