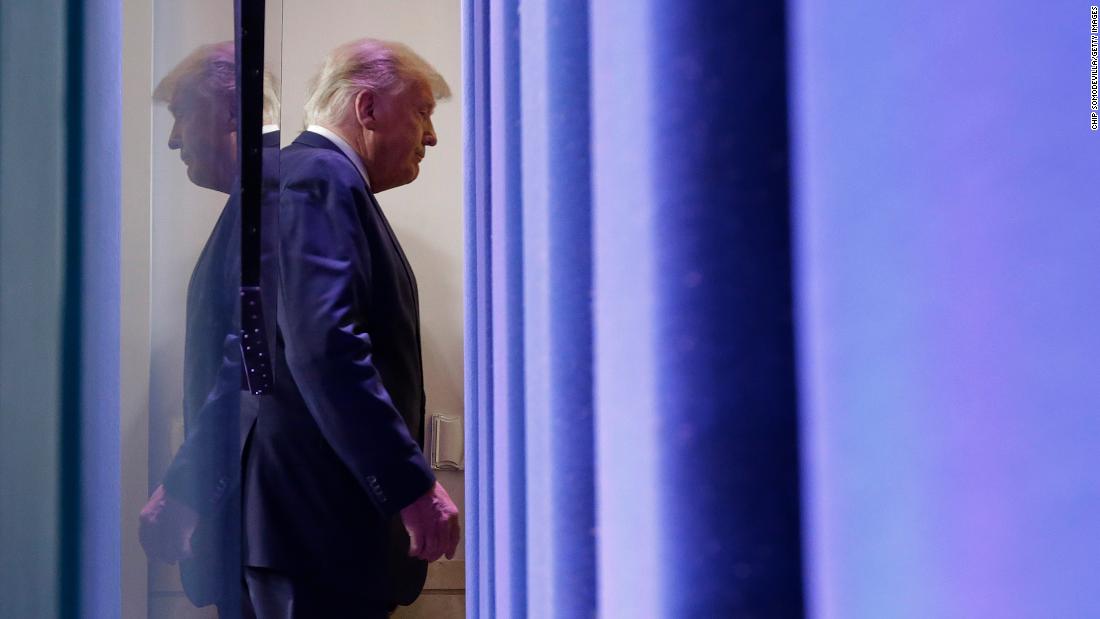 Even though President Donald Trump is promising to fight and has not conceded, there is little doubt on Wall Street that Joe Biden will become the 46th president of the United States on January 20.

“For most investors, the perspective is that the election has been settled,” Tobias Levkovich, Citigroup’s chief US equity strategist, told CNN Business. “Providing evidence of shenanigans and irregularities is required in a court of law. And I haven’t seen any.”

Levkovich added that the probability Trump is able to overturn the result is “fairly remote at this point.”

JPMorgan Chase (JPM)CEO Jamie Dimon, one of the leaders of Wall Street and Corporate America, wasted no time calling for a peaceful transfer of power. Within 45 minutes of CNN and other media outlets projecting Biden as the president-elect, Dimon put out a statement urging everyone to “respect the results,” “honor the decision of the voters” and “support a peaceful transition of power.”

The Trump campaign team has sought to draw parallels to the 2000 recount that left the ultimate outcome undecided until mid-December of that year.

But investors aren’t paying much attention to that because experts say Trump trails by too many votes in too many states for recounts to sway the results.

“We see the likelihood that recounts and legal challenges could overturn this outcome as remote and favor looking through any resulting market volatility,” BlackRock strategists wrote in a note to clients Monday.

And at Raymond James, analysts Ed Mills and Chris Meekins said that while Trump may continue his legal challenges, “it is extremely unlikely any of these actions will change the outcome.”

“This is not a repeat of 2000, where the election hinged on several hundred votes in one state,” the Raymond James analysts wrote Monday in a client note titled “Georgia on our minds.”

“While it took a few days for the election to be called, we do not view this as a contested election,” the analysts said.

“Anyone who watched the Trump campaign’s press conference on Saturday in Philadelphia likely shares our skepticism regarding their prospects,” Isaac Boltansky, director of policy research at Compass Point Research and Trading, wrote to clients Monday.

‘Now is the time for governing’

Like Dimon, business groups quickly recognized the election results and signaled a desire to move forward.

The American Bankers Association pledged to work with the incoming Biden administration and Congress to boost the economic recovery from the pandemic. The Business Roundtable, a leading lobbying group for major corporations, also quickly congratulated President-elect Biden on Saturday and downplayed efforts to overturn the result.

“While we respect the Trump campaign’s right to seek recounts, to call for investigation of alleged voting irregularities where evidence exists and to exhaust legitimate legal remedies,” the Business Roundtable statement said, “there is no indication that any of these would change the outcome.”

The US Chamber of Commerce said it’s “important to complete election process by fully counting every vote and resolving any disputes.” But the big nation’s largest business lobbying group also called for an end to campaigning.

“Now is the time for governing,” Neil Bradley, the chamber’s head of policy, said during a call with reporters Monday.

“For investors, the election is being viewed as not just settled, but a Goldilocks scenario of “just right” with the projected balance of power of a Democrat in the White House and a divided Congress.

And the fact that Republicans held off a blue wave removes the threat of higher taxes and sweeping legislation on climate. “Investors won’t get what they were fearful of: very progressive, left-wing policy,” said Citi’s Levkovich.

And yet, “Sleepy Joe,” as Trump derisively called Biden during the campaign, should bring about a healthy dose of stability after four years of market-moving chaos.

“Markets were happy that you may have less impulsive decisions, fewer tweets in the middle of the night,” Levkovich said. “There’s a sense it will be a little calmer in the way the presidency is run.”

One group that won’t entirely benefit from going ‘back to normal’: Grocery stores

Women in sports don’t get the media coverage that men do. These 4 Olympians are trying to change that

Tech The News Article - March 5, 2021 0
Samsung Galaxy A72 and Samsung Galaxy A52 5G have leaked on many occasions in the past. The two handsets have now been spotted...