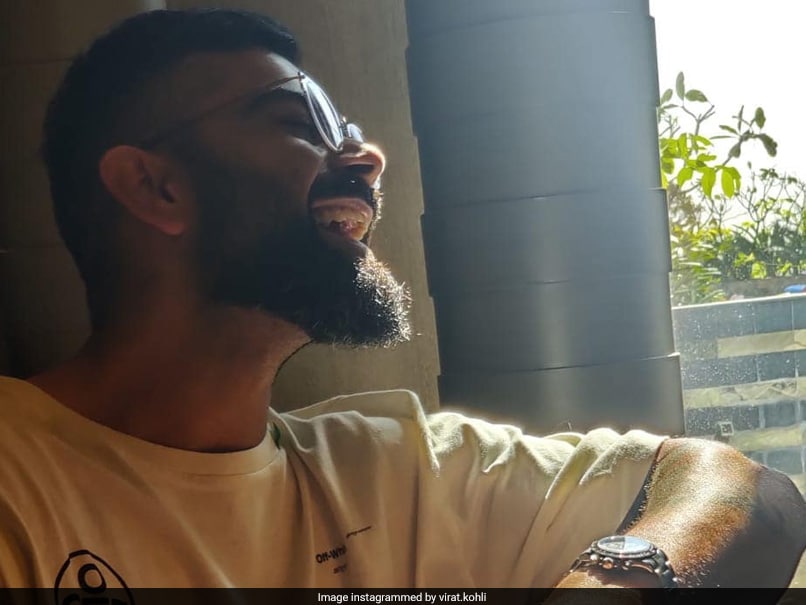 
Virat Kohli took to Instagram on Friday to share a sun-kissed photo of himself in a “fake candid shot”. In the picture, the India captain can be seen having a laugh as he soaks up the sun, dressed in a white t-shirt. Kohli is currently in Ahmedabad for the ongoing five-match Twenty20 International series between India and England. Kohli is the most followed cricketer on Instagram and as soon he posted the image, fans flooded the comment section with heartwarming replies for the Indian skipper. At the time of writing, the post had received over one million likes.


After missing out in the series opener, Kohli found his form back and scored back-to-back half-centuries against England.

The India captain also became the first batsman to score 3,000 runs in T20Is.

Thanks to his consecutive half-centuries against England, Kohli rose to the fifth spot in the ICC T20I rankings for batters.

Kohli is the leading run-scorer in the ongoing T20I series, with 151 runs in four matches.

Kohli will be leading the Indian side in the upcoming three-match ODI series. The Board of Control for Cricket in India (BCCI) announced the squad on Friday.

The ODI series will get underway on March 23 in Pune. All the matches will be played at the same venue.