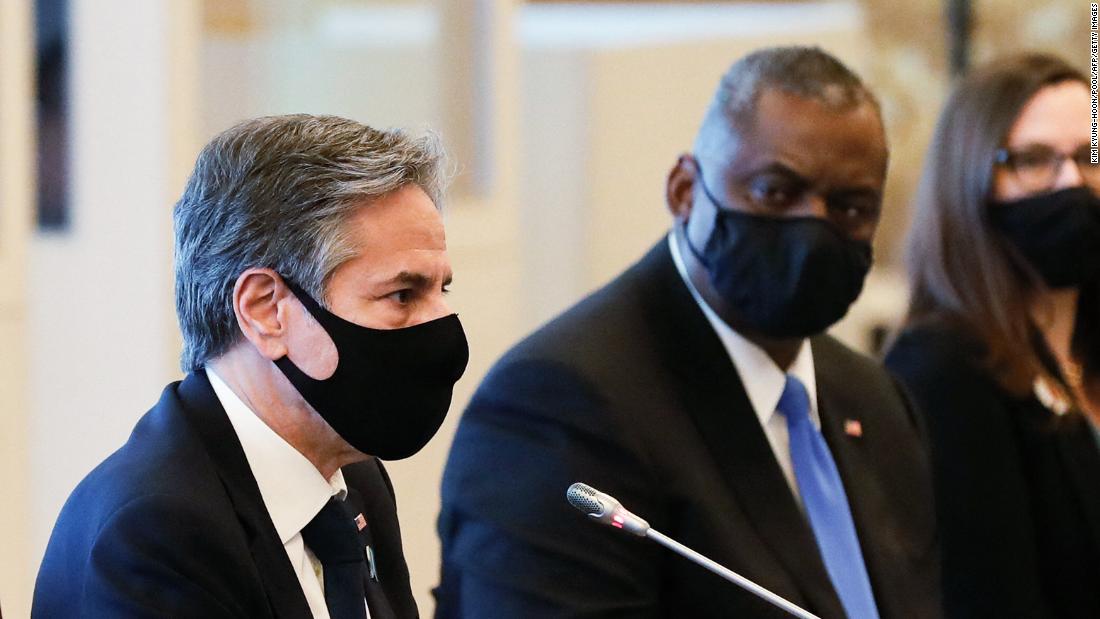 The sanctions were introduced under the Hong Kong Autonomy Act (HKAA), which was passed by the United States last year in response to the imposition by Beijing of a new national security law in Hong Kong that bans secession, subversion and collusion with foreign forces.
Among those sanctioned are Wang Chen, a member of the 25-person Politburo, one of China’s top lawmaking bodies, and Tam Yiu-chung, the only Hong Konger on the committee that drafted the national security law. Many of the figures had previously been designated by the Trump administration and barred from the US, though not directly under the HKAA.

Those sanctioned include multiple senior members of the NPC, China’s rubber stamp parliament, and law enforcement officials in Hong Kong. The city’s leader, Carrie Lam, and a number of top police commanders were already sanctioned previously.

“This action further undermines the high degree of autonomy promised to people in Hong Kong and denies Hong Kongers a voice in their own governance, a move that the United Kingdom has declared to be a breach of the Sino-British Joint Declaration,” Blinken said.

“A stable, prosperous Hong Kong that respects human rights, freedoms, and political pluralism serves the interests of Hong Kong, mainland China, and the broader international community. The United States stands united with our allies and partners in speaking out for the rights and freedoms of people in Hong Kong, and we will respond when the PRC fails to meet its obligations,” he added.

Wednesday’s sanctions come as Hong Kong’s legislature is due to consider a new bill laying out a “patriotism” test for those standing for election, which is expected to limit most members of the traditional opposition. The bill is guaranteed to pass, as the legislature currently has no opposition members, since pro-democracy lawmakers resigned en masse in protest at the expulsion of several of their colleagues last year.
The move by Washington comes after Blinken expressed concern during a meeting with his counterparts in Tokyo over China’s use of “coercion and aggression to systemically erode autonomy in Hong Kong, undercut democracy in Taiwan, abuse human rights in Xinjiang and Tibet, and assert maritime claims in the South China Sea that violate international law.”

In response to those comments, Chinese foreign ministry spokesman Zhao Lijian said on Tuesday that the exchanges between the US and Japan should help increase mutual understanding and trust among countries in the region and “not target or undermine the interests of any third party.”

The new sanctions could draw a far more forceful response from Beijing, which has been seeking a tentative rapprochement with US President Joe Biden’s administration, albeit one largely on China’s terms.

A major step toward improving relations was due to take place in Alaska on Thursday, when Blinken and national security adviser Jake Sullivan meet with China’s top two diplomats, Yang Jiechi and Wang Yi.

Beijing has yet to respond to the new sanctions, but there was immediate speculation among observers that this aggressive move by Washington ahead of the meeting could result in its cancellation.

Last week, Zhao, the Chinese foreign ministry spokesman, urged the US to “abandon the Cold War and zero-sum mentality, respect China’s sovereignty, security and development interests,” and to “stop interfering in China’s internal affairs,” language which is usually used to refer to Washington pressuring Beijing over Hong Kong.

Tech The News Article - May 14, 2021 0
China's "Zhurong" rover, part of its ambitious space programme to send a probe to Mars, is set to attempt the challenging landing on...