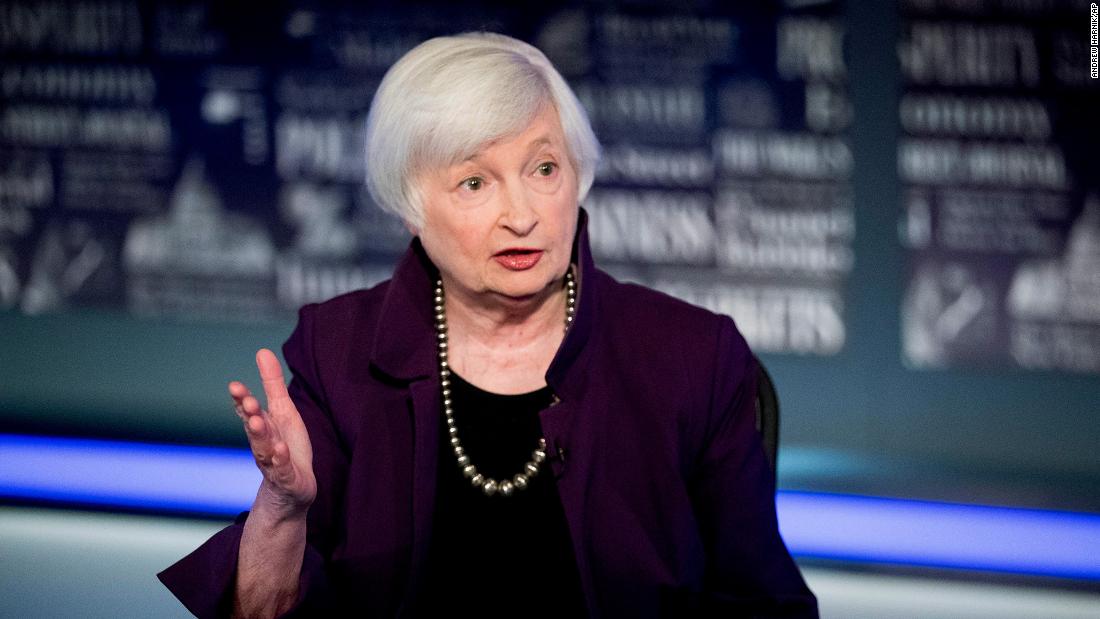 The Biden administration’s decision to back a global minimum corporate tax rate while it pushes a massive $2 trillion infrastructure package in the United States has ignited hopes that a long-elusive agreement can be reached this summer. A US proposal, first reported by the Financial Times, that would see the taxes of the biggest multinational companies shared among the countries where they operate could provide further impetus.

“What we see this year is an acceleration in the process,” Italian Finance Minister Daniele Franco told reporters following a meeting of G20 finance ministers and central bank governors on Wednesday. He said the group is working to come to an agreement by July. Earlier this week, French Finance Minister Bruno Le Maire said “an agreement on international taxation is now within reach.”

But experts question whether a deal between the roughly 140 countries participating in discussions led by the Organization for Economic Cooperation and Development would be strong enough to force multinational companies to pay more taxes.

“I don’t know whether they’re going to be able to pull it off,” said Michael Moore, a professor of economics at George Washington University’s Elliott School of International Affairs. “It’s hard to do things like this.”

Talks have gained fresh momentum after US Treasury Secretary Janet Yellen called for a global minimum corporate tax rate in a speech earlier this week, citing the need to avoid a “race to the bottom.”

“Together, we can use global minimum tax to make sure that the global economy thrives, based on a more level playing field in the taxation of multinational corporations,” Yellen told the Chicago Council on Global Affairs.

Establishing a minimum corporate tax to discourage companies from filing taxes in countries with the lowest rates has been a key pillar of OECD discussions. Previously, the United States was lukewarm in advocating for such a policy shift. But Washington is strengthening its stance as it tries to rally support for raising corporate taxes at home to help pay for the renewal of American infrastructure.

President Joe Biden has proposed increasing the corporate tax rate in the United States to 28% from 21%, as well as setting a minimum tax of 21% on US companies’ foreign earnings. That would help cover the cost of spending projects outlined in the American Jobs Plan, such as $621 billion on roads, bridges and public transit.

Yet the administration needs to ensure companies don’t try to game the system, employing teams of lawyers that can figure out how to shelter profits in international tax havens. That’s where a global agreement would come into play.

“It’s part of a broader political campaign to get the tax component of the next piece of spending legislation enacted,” said Gary Hufbauer, nonresident senior fellow at the Peterson Institute for International Economics.

Countries including France and Germany have hailed the new US stance.

“The support of the United States of America is a very decisive push,” German Finance Minister Olaf Scholz said at a press conference on Tuesday.

Ireland, which has successfully recruited global companies including big US tech firms by offering a corporate tax rate of just 12.5%, was more muted in its response, while expressing its commitment to ongoing discussions.

US support does not guarantee that negotiations will progress smoothly.

A minimum corporate tax rate around 21% would be well above the 12.5% figure that has been under discussion at the OECD level, said Elke Asen, a policy analyst at the Tax Foundation’s Center for Global Tax Policy.

Countries also need to reach an agreement on the other main pillar of tax talks, which aims to address where companies book their profits. In a digital world, many countries argue that it makes sense for firms to be taxed where they generate income, instead of where they’re based.

But a breakthrough could be in the cards here, too.

The United States previously pushed back on such changes, which would require the government to cede potential revenue from large tech companies like Facebook (FB) and Amazon (AMZN) to other jurisdictions. In the absence of an agreement, countries such as France and the United Kingdom started introducing their own digital sales taxes, provoking retaliation and the threat of tariffs by Washington.

Now the Biden administration has put forward a new plan on how to distribute the taxes of the biggest multinational companies, most likely including the tech giants, a source familiar with the matter told CNN. The US proposal envisages creating a mechanism to share taxes among the countries where they operate.

Still, Hufbauer is skeptical that efforts to develop an international minimum corporate tax will result in meaningful changes to the system. He predicts there will be a “symbolic” agreement, but that in practice, countries will keep offering tax breaks and subsidies to prop up national champions and bolster competitive industries, keeping their tax burdens depressed.

“If there’s a global minimum rate and Canada thinks that’s not right for them, they’ll just invent a new credit or deduction,” he said.

But after the discord of the Trump era, when America took a step back from the global stage, there’s a real desire for countries to cooperate and show solidarity on thorny issues, according to Moore.

“The idea of at least superficial cooperation is very important because it was just so fraught for so long,” he said. “I think they’re going to make nice as long as possible.”

Practically everything is getting more expensive in America

All that stimulus is sending inflation higher

Jeff Bezos comes out in support of increased corporate taxes

A Minnesota National Guard and police team were shot at in a drive-by shooting,...