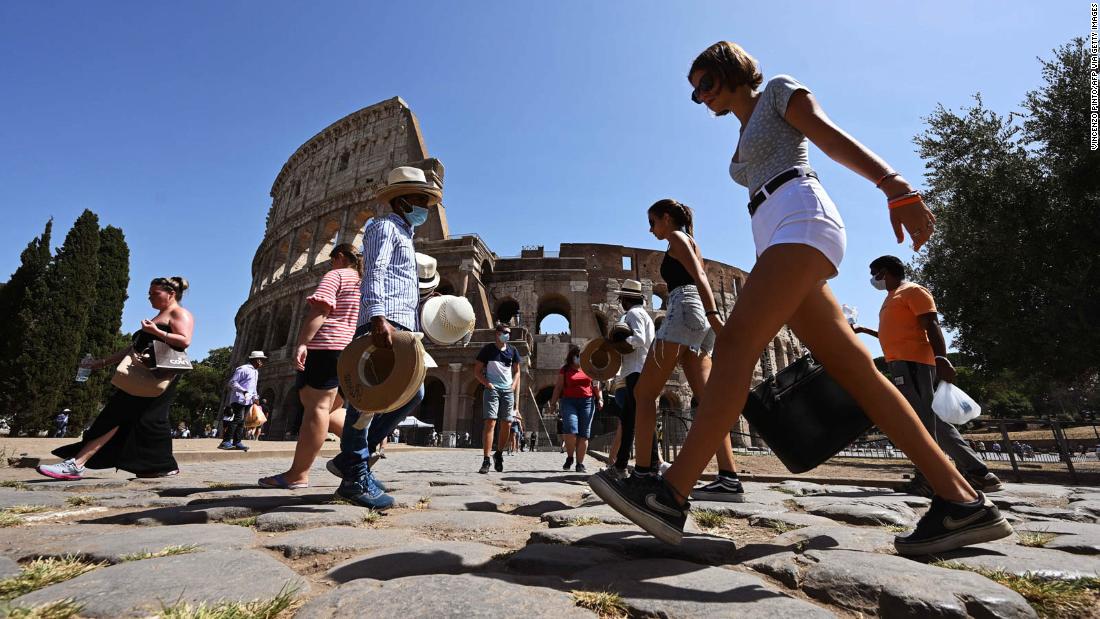 Editor’s Note — CNN Travel updates this article periodically. It was last updated in its entirety on December 28.

(CNN) — If you’re planning to travel to Italy, here’s what you’ll need to know and expect if you want to visit during the Covid-19 pandemic.

Italy is in a state of emergency until January 2021 because of the pandemic.

After being hard hit in the early stages of the pandemic, the country was one of the first to reopen to visitors in June, although entry is largely limited to European Union residents.

What’s on offer in Italy

This is one of Europe’s big hitters, known for its historic cities of art such as Florence, one-off wonders such as Venice and the seat of the Roman Catholic Church in Rome.

Italy has effectively gone into a second national lockdown over the Christmas and New Year period, designating the entire country a “red zone” over the holiday dates. The borders are effectively closed, except for essential travel, until January 6. Before then, anyone arriving, even from countries allowed unrestricted travel, must quarantine for 14 days on arrival.

Arrivals from the United Kingdom are temporarily banned until January 15.

Tourism is not currently allowed from any other country, including the United States. Since overnight stays must be registered with the authorities, there’s no chance of sneaking in via a secondary country.

Note that these rules apply nationally. Individual regions have the power to impose their own restrictions on who enters and exits. Currently, no region has done this, however.

What are the restrictions?

Arrivals from the European countries listed above must provide a negative PCR test result taken within 48 hours of their arrival. They must also fill in a self-declaration form and report to the local health authorities.

Until January 6, everyone entering Italy must quarantine for 14 days.

As the first hit European country, Italy has been through a lot. However, a strict lockdown brought things under control and it held out against a second wave for longer than its European neighbors. However, cases started rising in September and spiking sharply in October. It holds Europe’s highest death toll, with nearly 72,000 deaths at the time of writing.

What can visitors expect

Italy’s state of emergency has delegated power to individual regions, so it depends where you are. But across the country, masks must be worn at all times in public, even outside.

On November 6, the country was divided into zones, depending on infection levels: red, orange and yellow.

In yellow zones (lowest case numbers), bars and restaurants close at 6 p.m.; restaurant groups are limited to six people. Local festivals have been banned, and museums, theaters, cinemas and gyms are closed. Shopping centers are closed at weekends. There is a nightly curfew from 10 p.m. to 5 a.m.

In orange zones (higher risk), restaurants and bars are closed entirely and regional borders are closed. People can move freely within their own towns, but cannot leave their area unless for work or an emergency.

In red zones (highest risk), all shops are closed other than grocery stores and pharmacies. People may only leave their homes only for work, health reasons or to go to a place of worship.

The entire country has been designated a red zone over the Christmas and New Year holidays, from 24-27 December, and again from 31 December-3 January. No movement is allowed, other than for essential reasons, and all shops, restaurants and bars are closed. Additionally, a maximum of two people per household are allowed out once a day to visit another household in the same town.

From December 28 to 30 and January 4 to 6, the country turns into an orange zone, with the additional freedom that if you are in a comune (town council area) of under 5,000 inhabitants, you can travel to another small town within a 30-kilometer (18.6-mile) radius.

Traveling to Greece during Covid-19: What you need to know before you go

Massacre in the mountains: How an Ethiopian festival turned into a killing spree

World News The News Article - February 27, 2021 0
The corpses, some dressed in white church robes drenched in blood, were scattered in arid fields, scrubby farmlands and a dry riverbed. Others...

EXCLUSIVE! Ayushmann Khurrana: ‘Dum Laga Ke Haisha’ bolstered my belief that I was on...