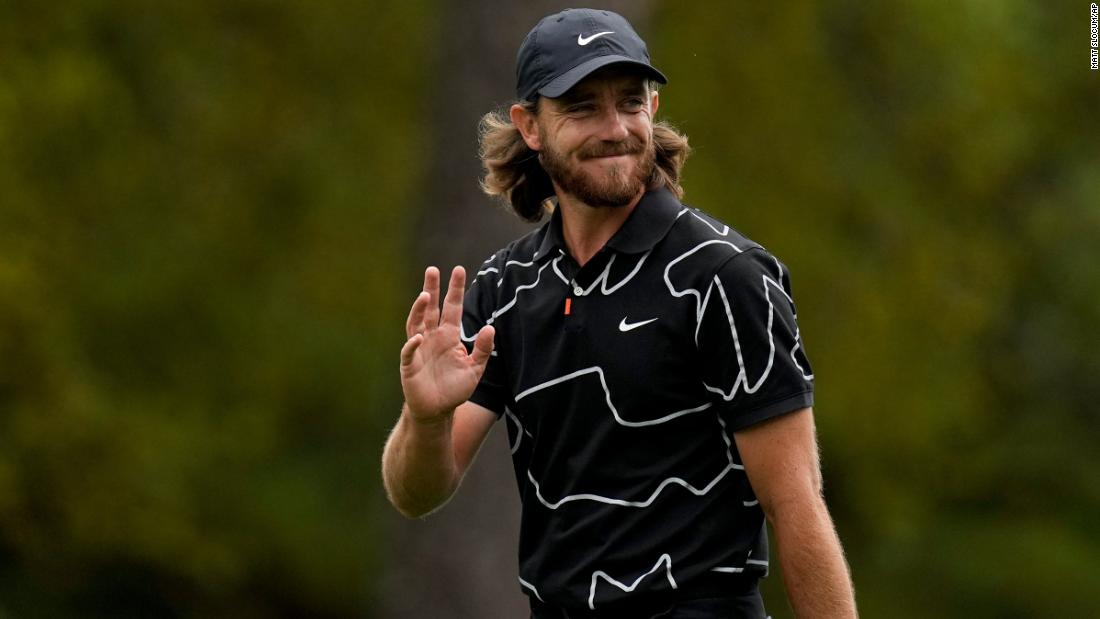 In the most famous setting, the Englishman made a dramatic hole-in-one at the par-three 16th on Thursday to shoot him up the leaderboard at Augusta.

Traveling over the pond and avoiding the bunkers that surround the green, Fleetwood’s ball carefully dissected all obstacles to bounce a few times before finding the hole.

Fleetwood, who shot to prominence after his friendship with Francesco Molinari during the Ryder Cup, had a relieved look on his face as he lifted his arms aloft in celebration in synchronicity with the fans upon seeing his ball drop in.

It’s his second consecutive tournament with an ace after the world No. 24 also landed one at the WGC Match Play event.

And it’s becoming an expensive habit for the 30-year-old as it is tradition for any golfer who hits a hole-in-one to buy a drink for all his fellow players.

He’ll also get the commemorative crystal vase handed out for the achievement at the Masters which he’ll be able to keep forever.

There had been 22 hole-in-ones in the history of Augusta and Fleetwood made it 23 with his remarkable effort.

He moved from four-over to two-over with that one shot, and moving him much closer to leader and fellow countryman Justin Rose.

Si Woo Kim breaks putter in frustration, forced to putt with wood at the Masters

Hiring to grow by 7% in April-June if further lockdowns not imposed: Report –...

Business The News Article - April 14, 2021 0
MUMBAI: The intent to hire in the current quarter is likely to rise by 7 per cent over the previous three months if...