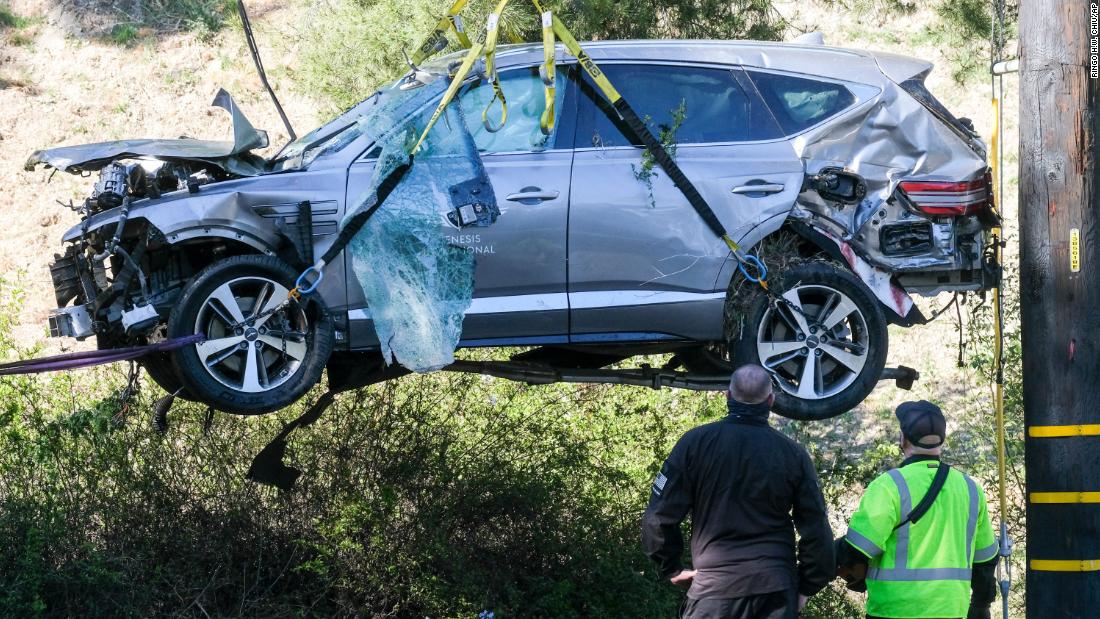 Six weeks after the golf legend suffered serious leg injuries, Sheriff Alex Villanueva said the main causes of the crash were speed and Woods’ inability to negotiate a curve.

Woods was driving a Genesis SUV around 7 a.m. February 23 when the vehicle veered off the road about 26 miles southwest of downtown Los Angeles. The SUV reached a speed of up to 87 mph, Villanueva said.

Woods was driving in Rancho Palos Verdes when he hit a “Welcome to Rolling Hills Estates” sign, crossed a center divider, and traveled more than 150 feet across the shoulder through shrubbery and an uprooted tree before coming to a stop, according to a search warrant affidavit of the vehicle’s data recorder.

He likely mistook the gas pedal for the brakes, and no braking was detected, Capt. James Powers said. The car hit the tree, went airborne did a “pirouette” before It landed.

The SUV was traveling about 75 mph when it struck the tree, Villanueva said.

Due to his injuries, “It would not be appropriate to do field sobriety tests,” Powers said.

After weeks in the hospital, Woods has been recovering at home.
“Happy to report that I am back home and continuing my recovery,” Woods tweeted in March.

“I am so grateful for the support and encouragement that I have received over the past few weeks.”

CNN is seeking comment Wednesday from Woods and his representatives.

Sighs of relief at the Chauvin guilty verdict, but activists say the work on racial justice is far from over