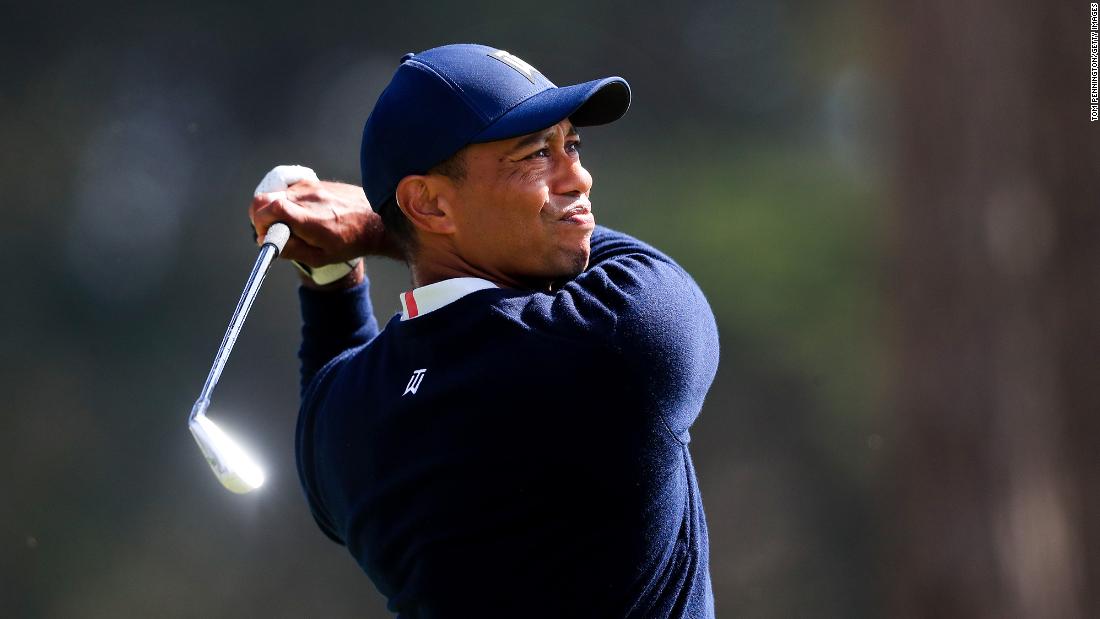 Take-Two (TTWO) announced Tuesday that it has signed an exclusive long-term deal with Woods that was finalized before the car accident. The press release features a quote attributed to Woods from January.

And David Ismailer, president of Take-Two subsidiary 2K that is working with Woods, said in the statement that “like the rest of the world, we were saddened to hear of his recent accident, and we wish him a full and smooth recovery.”

“We have been eager to announce our partnership with Tiger, whose legendary career has transcended the sport,” Ismailer added.

Take-Two also said it had acquired HB Studios Multimedia, a private gaming developer that created the PGA Tour 2K21 game and The Golf Club franchise of games for consoles, PCs and mobile devices.

Terms of the Woods partnership were not disclosed and Take-Two also did not say how much it paid for HB. But Take-Two said that the deals include the rights to use the Tiger Woods name and likeness exclusively in the PGA TOUR 2K franchise and any other golf games published by 2K

Woods will also serve as an executive director and consultant for the PGA TOUR 2K franchise.

Woods, who has won 15 major championships in his celebrated career and is one of the world’s most famous and wealthiest athletes, was previously the face of a golf game made by Take-Two rival Electronic Arts (EA)from 1999 through 2013.

After Electronic Arts and Woods parted ways, EA sold one other golf title in 2015 featuring Woods’ rival Rory McIlroy. It has not published a new golf game since then.

“I am looking forward to making my return to the video game landscape, and with 2K and HB Studios, I’ve found the right partners to make it happen,” said Woods in the Take-Two release. “I’m honored to take part in this opportunity and look forward to sharing my expertise and insights as we build the future of golf video games together.”

Shares of Take-Two were up slightly Tuesday following the announcement. The stock is down nearly 20% so far this year but has soared more than 45% during the past 12 months thanks to strong demand for gaming during the pandemic.

Take-Two is most well-known for the wildly popular Grand Theft Auto gaming franchise and is also the company behind the Red Dead Redemption, Borderlands and Mafia series as well as sports games tied to WWE (WWE) and the NBA.