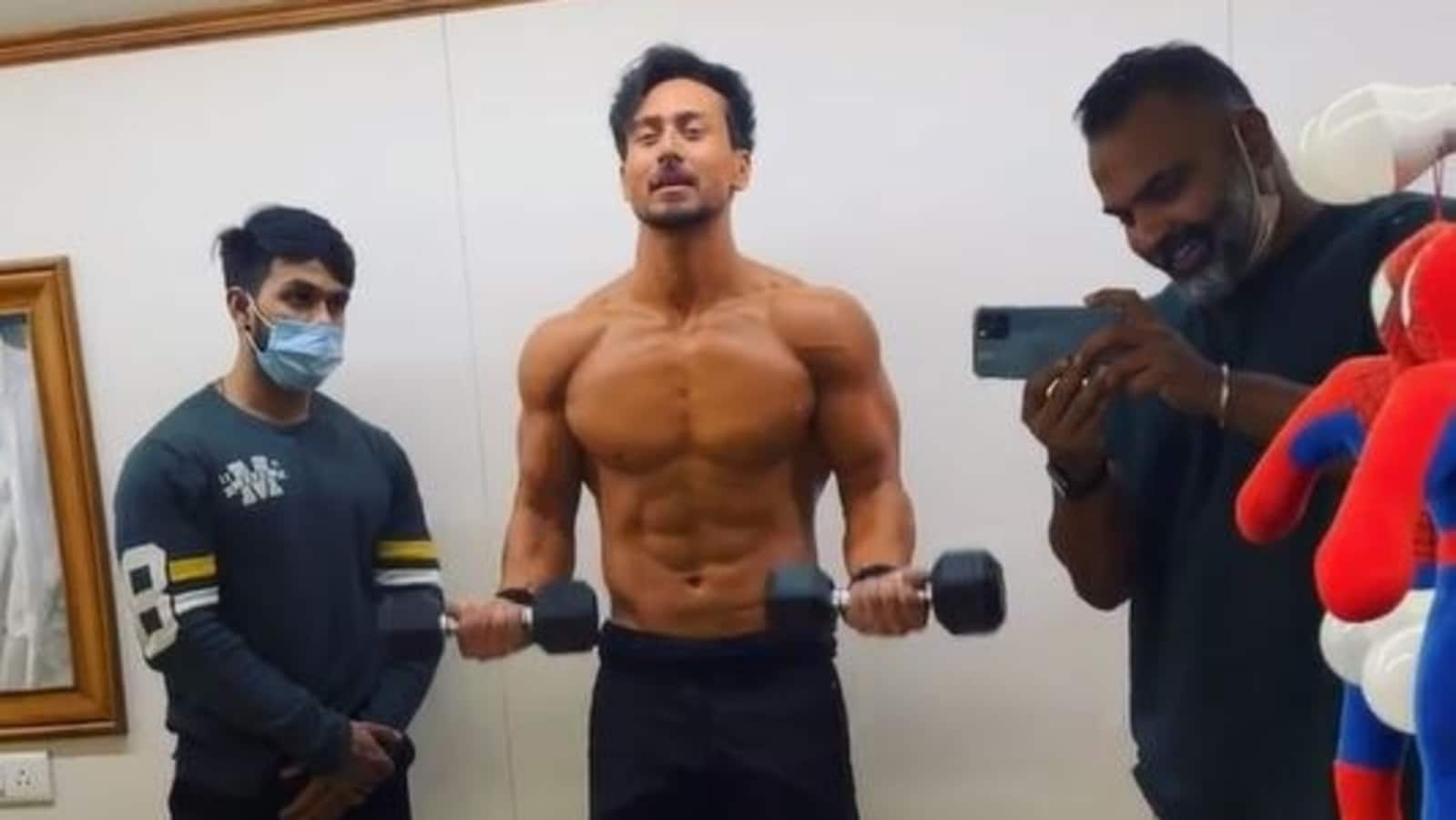 Tiger Shroff on Thursday shared a video on Instagram, where he is seen doing bicep curls. Also visible is his ripped body. Commenting on the post were Sussanne Khan, Jackie Shroff and Disha Patani’s sister Khushboo.

When it is about shooting an action sequence, we know actor Tiger Shroff is ever ready! And his latest post where he could be seen showing off his ripped body while prepping for filming the action shot of the much-awaited sequel of his debut film is proof of the same.

Taking to his Instagram account, Tiger shared a video of himself where he could be seen doing bicep curls while showing off his ripped physique. In the caption, he wrote, “Getting action ready after a while…#heropanti2 @rajendradhole.”

Scores of fellow celebrities and fans of the Baaghi star chimed into the comments section of the post and left a string of emoticons. Tiger’s father and legendary actor Jackie Shroff also cheered his son by writing, “Bless ya Boy”.

His rumoured girlfriend Disha Patani’s sister Khushboo Patani also sent her best wishes by writing, “All the best” in the comments section.

For the unversed, apart from Tiger, Tara Sutaria and Nawazuddin Siddiqui are also a part of the film.

The film is the sequel of Tiger and Kriti Sanon’s 2014 debut film Heropanti. The first look poster of Heropanti 2 was unveiled in February 2020. The movie will be directed by Ahmed Khan, who also directed Tiger’s last release, Baaghi 3.

The movie is slated to release on December 3 this year.