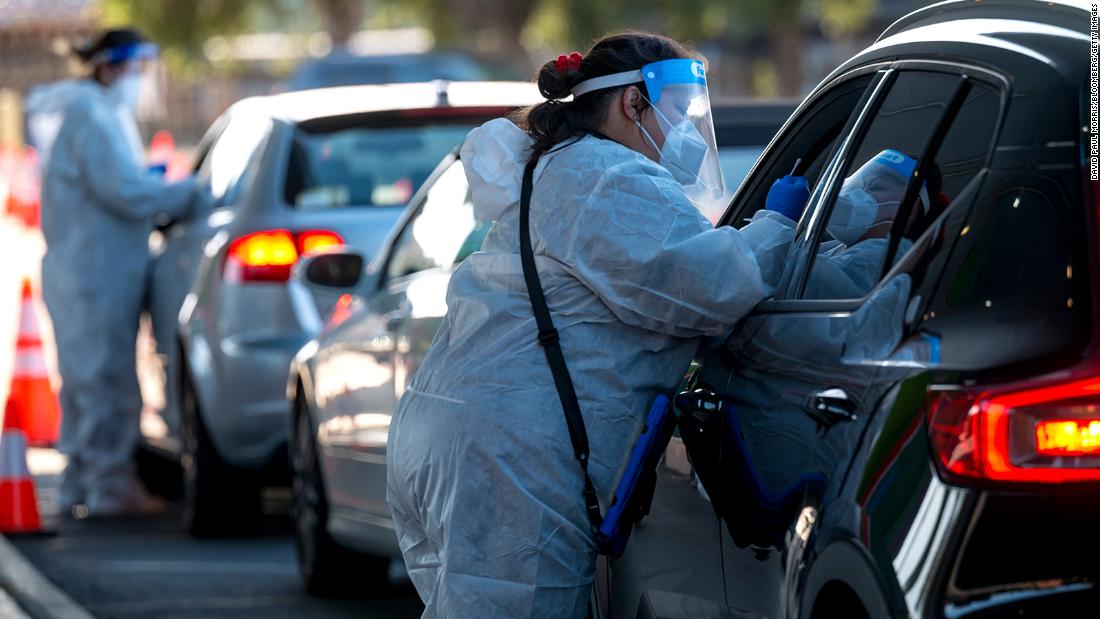 And as the virus runs unabated across US communities, experts warn the coming weeks will likely be brutal and the pandemic’s death toll will keep climbing.

By December 18, more than 2,300 Americans could be losing their lives daily, according to the University of Washington’s Institute for Health Metrics and Evaluation (IHME).

“We expect daily deaths to reach a peak of over 2,500 a day in mid-January,” the IHME modeling team wrote on Thursday.

The group also hiked its Covid-19 death forecast considerably, now predicting a total of 471,000 American deaths by March 1 — up more than 30,000 since their last projection about a week ago.

Health officials predicted a rise in deaths would follow the surge of new infections and hospitalizations much of the country is now experiencing. On Thursday, the US reported a new high of more than 80,600 hospitalized patients nationwide, according to the COVID Tracking Project. On the same day, another record: more than 187,800 new cases reported across the country, the most ever.

“It’s sometimes very frustrating because we know what works,” Dr. Anthony Fauci told CNN’s Chris Cuomo Thursday night. “If we had everybody pulling together as a country, doing the fundamental things that we’ve been speaking out, the mask wearing, the keeping the distance, the avoiding congregate settings and crowds, doing things outdoors … that’s not big stuff. It’s easy to do.”

Those simple measures could be lifesaving. According to the IHME team, 65,000 lives could be saved by March 1 if 95% of Americans wore masks.

“The record-shattering surge underway is resulting in uncontrolled community spread and infection that has already overburdened health systems in some areas and will ultimately consume capacity of our health care system and may reduce the availability of care in many places in our country,” they said.

The exploding number of cases also prompted the US Centers for Disease Control and Prevention to update their Thanksgiving travel guidelines, recommending Americans not travel for the holiday. Those who travel should wear masks, keep their distance from others and wash their hands regularly.

“What is at stake is the increased chance of one of your loved ones becoming sick and then being hospitalized and dying around the holidays,” Dr. Henry Walke, Covid-19 incident manager for the CDC, told reporters in a conference call.

And with the CDC previously estimating at least 40% of infections are asymptomatic, officials are concerned that people could be bringing the infection with them to holiday gatherings without even knowing it and could put other, more vulnerable members of their family at risk.

In the past week, similar messages have been echoed both by leading health experts and state leaders.

Louisiana Gov. John Bel Edwards warned that if residents were planning on a Thanksgiving that looks like previous ones, “you’re making a mistake.” In Utah, where hospitals are overwhelmed and about 45 ICU beds remain vacant, the governor advised that only people from the same household gather for the holiday.

In California, Gov. Gavin Newsom announced Thursday a limited Stay-at-Home order will be going into effect Saturday for the counties that are in the state’s most restrictive tier. That includes Los Angeles County, San Diego County, Riverside County, Orange County and Sacramento County.
About 94% of California’s population is currently in the most restrictive tier.

Nonessential work and gatherings must stop between 10 p.m. and 5 a.m., the governor said, adding the order will remain in effect for one month.

A statewide curfew is also now in effect in Ohio, where Gov. Mike DeWine clarified police won’t be out pulling people over if they see them driving at night.

“We should assume they have a legitimate reason for being out,” the governor said. “But on the other hand, if there is a number of people congregating somewhere, and the police see that … certainly they’re probably going to pull over and say, ‘hey, it’s beyond the 10 o’clock, you guys need to go home.'”

In Arkansas, the governor announced an 11 p.m. closure for all businesses that are licensed to sell and allow consumption of alcohol on premises.

The new directive goes into effect Friday and will last until January 3, the governor’s office said, adding that it covers restaurants and bars as well as private clubs with “on premise” permits.

Going maskless is a key factor in Covid-19 outbreaks at gyms, studies say