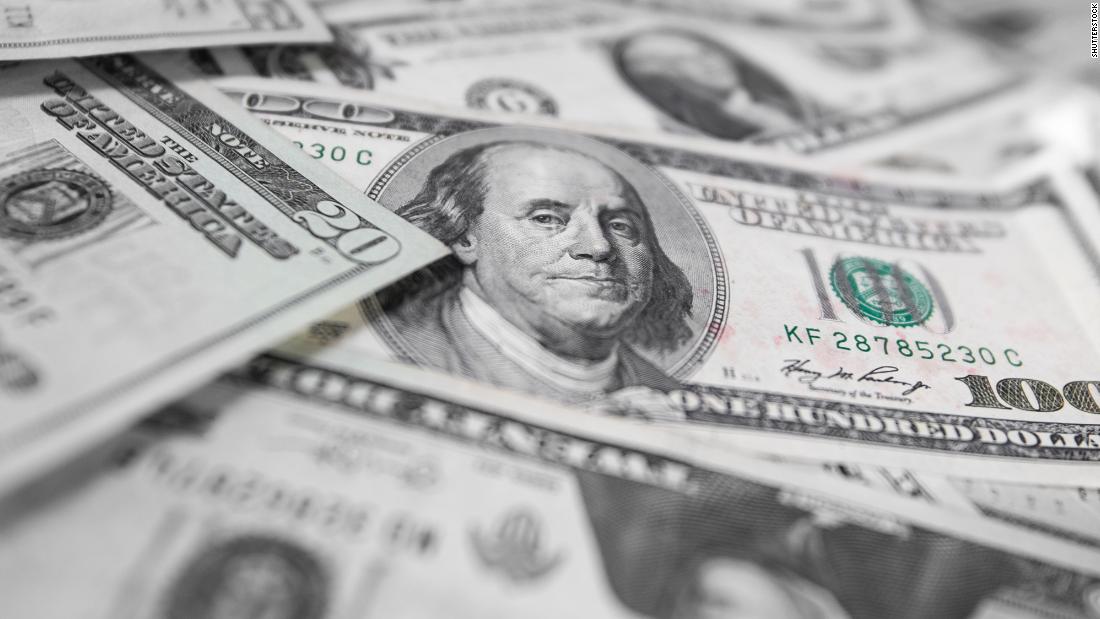 A Biden administration would likely push for even more stimulus for consumers and small businesses because of the Covid-19 pandemic -— especially if a blue wave gives Democrats control of the Senate.

This spending would likely weaken the dollar a bit further or, at a bare minimum, keep it relatively flat.

Biden might also push for long overdue increases in government spending on infrastructure as well as investments in solar, wind and other green energy programs.

The higher spending could offset any additional revenue that comes into the government’s coffers if Biden claws back some of Trump’s tax cuts. That would likely keep a lid on the dollar.

“A ‘blue wave’ outcome may be negative for the greenback due to an even bigger stimulus package by Democrats lifting inflationary pressures,” said Lukman Otunuga, senior research analyst at FXTM, in a report Tuesday.

Still, some currency experts say there’s the possibility of a “sanity premium” boosting the dollar if Biden wins the election and he restores more normal trade policies.

For one, Biden would likely take a softer stance on tariffs with allies like Europe, Mexico and Canada. That would be good for the dollar.

A Biden administration also may look to use more diplomatic multilateral measures against China as the main method to deal with economic issues beyond trade, such as intellectual property theft.

But the reality is that more government spending is likely to keep the dollar in the doldrums – no matter what happens with America’s foreign policy.

Strategists from the BlackRock Investment Institute wrote in a report Monday that they expect “positive spillovers to global growth from increased fiscal stimulus, more predictable US trade and foreign policy and the prospect of a weaker dollar” if Biden wins.

You need to consider what the Federal Reserve is likely to do going forward as well. There are growing calls for either Biden or Trump to nominate Jerome Powell for a second term as Federal Reserve chairman.

Powell’s term expires in February 2022, so he likely would have to be renominated next year in order to have enough time to get Senate approval.

If Powell remains in that position, investors will probably expect rates to remain lower for longer — putting further pressure on the dollar.

The US Dollar Index, which tracks the dollar versus the euro, British pound, Japanese yen and several other major global currencies, has dropped more than 7% since Trump took office in 2017.

The dollar briefly spiked this year before Covid-19 slammed the brakes on the US economy, But it’s now down about 3% in 2020 -— though that’s not the worst thing in the world for investors — as the dollar’s slide is one factor that has contributed to the continued strength of big tech companies and other multinational firms.

A weaker dollar has benefits for companies like Apple (AAPL), Coca-Cola (KO) and Procter & Gamble (PG) because it makes their goods and services less expensive to buy in foreign markets.

There’s also an accounting benefit. Companies are allowed to report higher revenue from overseas markets when they translate international sales back into dollars in their quarterly earnings releases.

So it would not really benefit either Biden or Trump to pursue economic policies that would lead to a substantial rise in the dollar.

But it’s worth noting that the dollar remains a safe haven investment in times of turmoil. After all, while the whole world is still recovering from the pandemic, the US economy posted stellar growth in the third quarter following a record plunge in the second quarter.

That’s a key reason why the greenback may not fall much further — even if one candidate chooses to contest the outcome of the election in court.

It’s not as if the rest of the world is in great economic shape. There could still be a flight to quality that will prop up the dollar.

“I doubt there will be much further erosion in the dollar. I expect stabilization,” said Phil Toews, CEO of asset management firm Toews Corp., in an interview with CNN Business. “Many other parts of the world are still dealing with the same issue of keeping pandemic under control.”