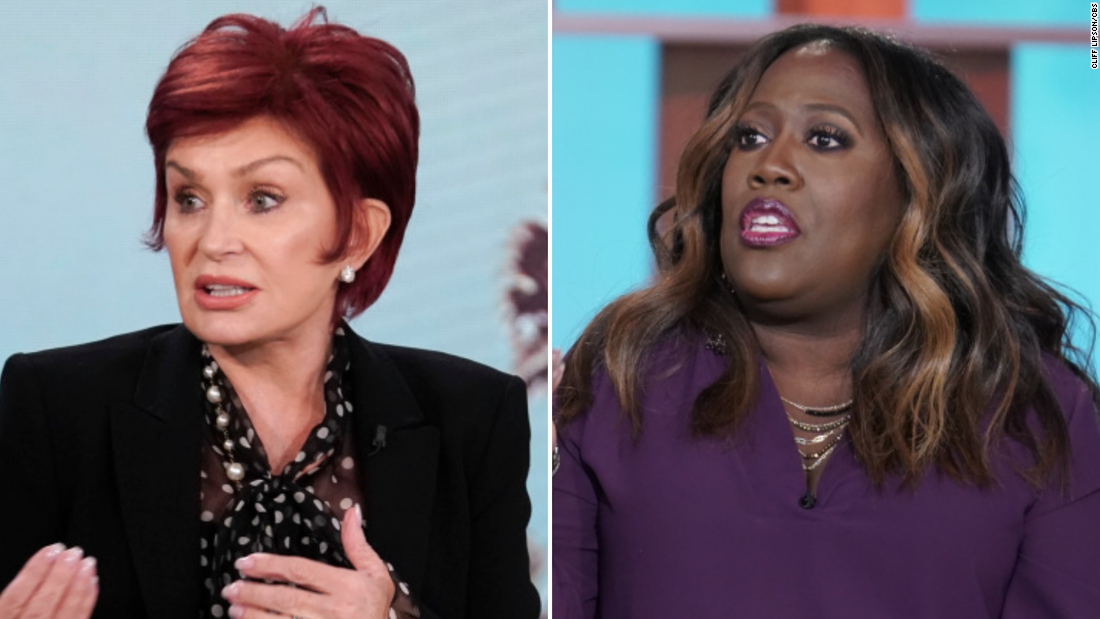 In a programming email to CNN, “The Talk” noted that they would be re-airing some old episodes Monday and Tuesday instead of their live shows.

CNN has reached out to CBS and Osbourne for comment.

It all started on the show last week after Underwood questioned Osbourne’s support for Morgan, who stormed off the set and left his job on ITV’s “Good Morning Britain” in the wake of allegations that comments he made following Prince Harry and Meghan’s interview with Oprah Winfrey were rooted in racism.
Osbourne later tweeted an apology saying she “panicked,” “felt blindsided” and then “got defensive” during her exchange with Underwood.

CBS released a statement on Friday which read “We are committed to a diverse, inclusive and respectful workplace. All matters related to the Wednesday episode of ‘The Talk’ are currently under internal review.”

In addition to Osbourne and Underwood, the show also features Carrie Ann Inaba, Amanda Kloots and Elaine Welteroth as co-hosts.