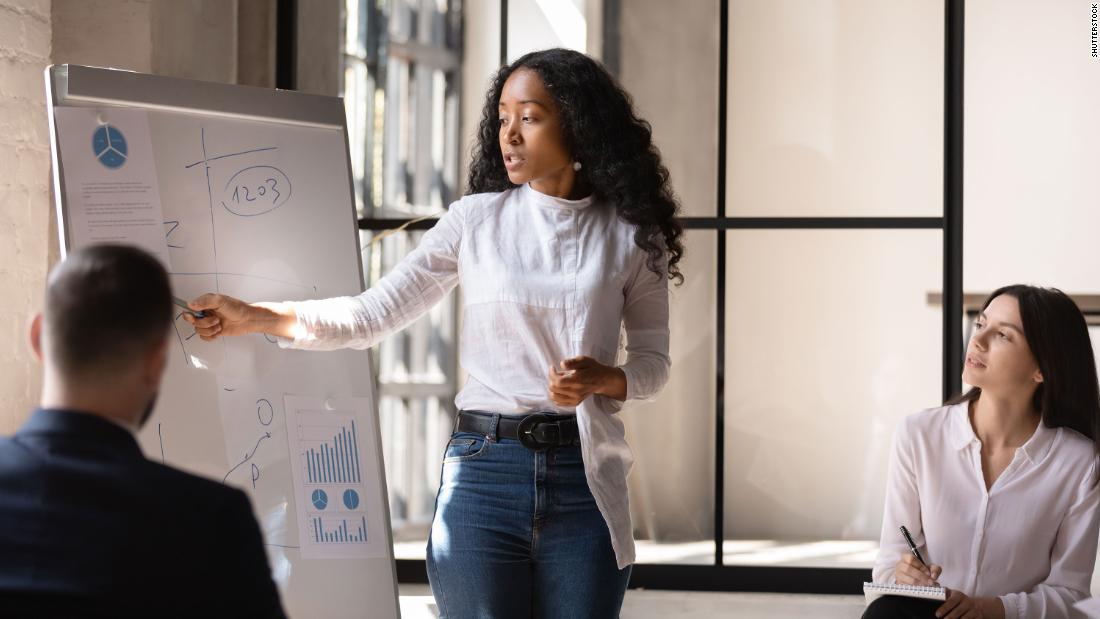 Now the bad news: That progress is in real jeopardy.

But the pandemic is threatening to undo those gains, with one in four women reporting that they are considering downshifting their career or stepping out of the workforce entirely, the report found.

“If we had a panic button, we’d be hitting it,” said Sheryl Sandberg, COO of Facebook and co-founder of LeanIn.Org, in a release.

Should that many women leave the workforce, there would be long-term consequences.

“Women are already underrepresented in the workforce and this will wind back hard-earned progress.” said Rachel Thomas, a co-founder and CEO of LeanIn.org

If this reality plays out, it could result in an estimated $180 billion annual potential earnings loss, noted Lareina Yee, chief diversity and inclusion officer for McKinsey.

The report included survey responses from more than 40,000 employees, as well as additional data from 317 companies.

The survey also found that women in senior-level roles are more likely to feel pressured to work more than their male counterparts, and cite burnout as a major issue.

“Senior-level women are up against more,” said Thomas. Not only are they more likely to be mothers than women at other levels, they also tend to have partners who also work full-time compared to senior-level men.

“The stakes are higher for all senior leaders right now,” said Thomas. “They have more on their plates in terms of personal responsibilities and are held to a higher performance standard in general.”

The demands on working mothers during the pandemic has made work-life balance even more elusive. Part of the problem is that they are three times more likely to take on the majority of housework and childcare, according to the report, and they worry more about how this will affect their performance at work.

While women have made progress in the workplace — albeit a bit slow — the first promotion to manager is still a big hurdle.

The report found that for every 100 men promoted to manager, only 85 women were promoted. It gets even worse for Black women at 58.

“Black women face enormous barriers in the workplace,” said Yee. “They’re not getting that first promotion — they are getting stuck.”

The report found that Black women feel less supported at work and are more likely than other employees to mull exiting the workforce because of health and safety concerns.