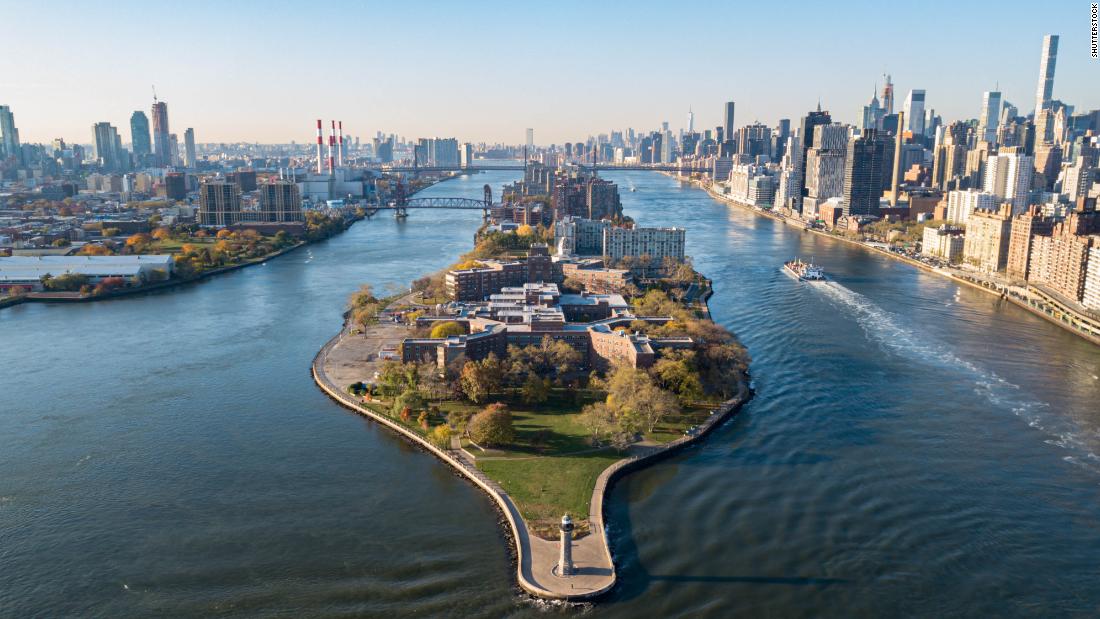 (CNN) — New York City’s Roosevelt Island will soon receive hotel guests for the first time — a new set of arrivals to a slim, mile and half long island in the East River with an eye-opening past and a high-tech future.

The 224-room Graduate Roosevelt Island opens to guests on June 1. Sitting at the entrance of Cornell Tech’s innovative new campus, the 18-story tower will be the Graduate brand’s 29th property and its first in the city.
“To be able to have a hotel in New York City still rooted to a campus, still rooted to a major university like Cornell … and really what is supposed to be the gateway to the tech industry for New York City, was a really unique opportunity for us,” said David Rochefort, president at Graduate Hotels and a Cornell alum.

The growing graduate-level Cornell Tech campus — the first phase of which opened in 2017 — is a new chapter for Roosevelt Island, which earned attention in the 19th century for its penitentiary and workhouses, a smallpox hospital and an asylum for the mentally ill.

Pioneering investigative journalist Nellie Bly pretended to be mentally ill to be admitted to the asylum, resulting in an 1887 series called “Ten Days in a Mad-House” that exposed abuses and poor conditions at the facility.

Traces of that troubling history remain on the island, but now gleaming 21st-century buildings are springing up at Cornell Tech. The Graduate aims to bridge old and new, with nods to the island’s history, Cornell’s past and a state-of-the-art future.

A 12-foot sculpture and walls of textbooks greet guests at the front desk.

The lobby incorporates tactile nods to old-school education with a laptop-compatible library table, complete with domed task lamps and textbooks stacked to the ceiling.

“We love this idea that our lobby would kind of be rooted in the past as much as possible. So one of the things we did is install 5,000 linear feet of textbooks across the entire lobby backdrop,” said Rochefort.

Students and professionals who are learning and building businesses “literally across the courtyard from us” will find a different perspective from “the future and what they’re building for tomorrow,” he said.

The space is playful, too. A giant boy in aviator goggles holds a light bulb over the front desk (a 12-foot Hebru Brantley sculpture reinterpreting the artist’s Flyboy character).

As in all the Graduate properties, hotel key cards are designed to look like college IDs — in this case featuring Cornell University alums (from the main campus in Ithaca, New York) with significant ties to New York City (Ruth Bader Ginsburg, for one).

Interiors are the work of Graduate Hotels’ in-house design team. The building’s architecture, which optimizes views of Manhattan, Queens and beyond, is by design firms Snøhetta and Stonehill Taylor.

In the rooms, accented with collegiate plaid, there are light fixtures inspired by a science project by a Cornell alum and lamp bases that feature a Morse code rendition of Cornell’s fight song.

Work by New York artists includes some fun references to both Bly and actress Mae West, who spent some time locked up on the island in 1927 on public obscenity charges.

Roosevelt Island is located in the East River between Manhattan and Queens.

Originally called Minnahanonck, the island was purchased from Native Americans by the Dutch in 1637 and acquired by the city of New York in 1828. By then, it was known as Blackwell’s Island.
Blackwell House, a recently refurbished 1796 farmhouse, belonged to the family that owned the island when it was purchased by the city. It’s open to the public.

The island later became known as Welfare Island and was renamed Roosevelt Island in 1973 to honor President Franklin D. Roosevelt.

Ruins of the James Renwick Jr.-designed smallpox hospital still stand on the island.

While most of its early buildings are gone, there are some historic sites. The ivy-entwined ruins of the smallpox hospital — designed by Smithsonian Institution architect James Renwick Jr. — make for an imposing reminder of some of Roosevelt Island’s 19th- and 20th-century history and the park on the northern tip is anchored by a Renwick-designed lighthouse.

An octagonal tower that was part of the asylum for the mentally ill has been folded into an apartment development — part of the island’s more recent transformation.

The island is accessible by car, the F Train and the aerial Tramway, which opened in 1976 and offers the most scenic way to get there.

Graduate Roosevelt Island, managed by Highgate, will welcome guests on June 1. Reservations are now open. The starting room rate is $219 per night. Graduate Cares Covid-19 safety measures are in place.

Beautiful private island in Bahamas goes up for sale

Big Ben and Beckham: Macao’s newest resort, The Londoner, is a shrine to all things British