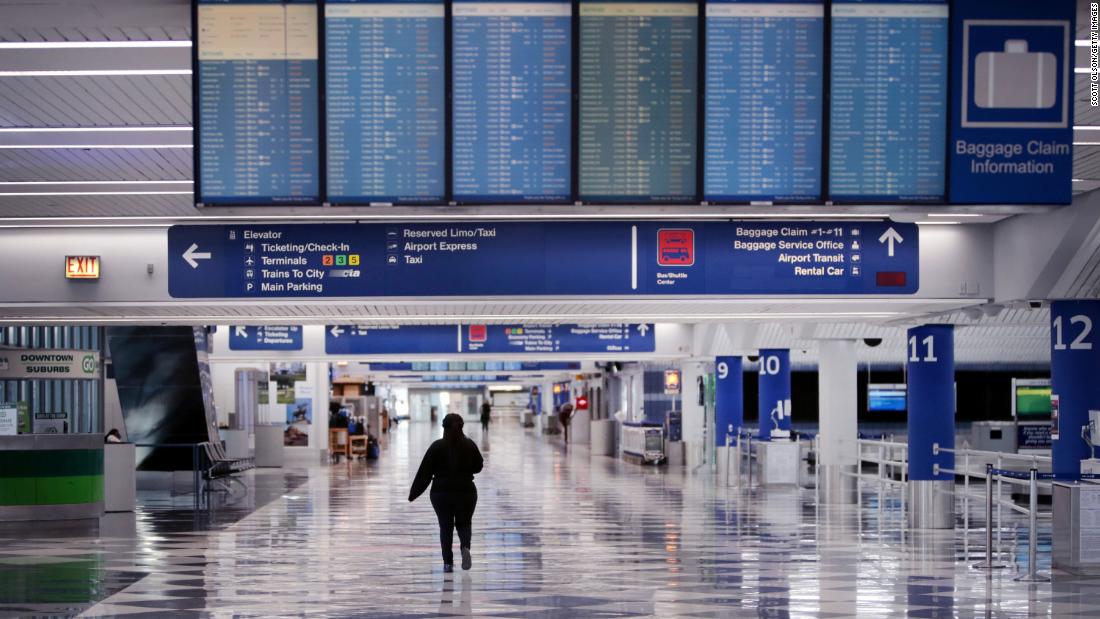 The Air Transport Action Group (ATAG), a Geneva-based coalition of aviation industry organizations, said in the report published Wednesday that more than half of the 88 million jobs supported by aviation could be lost at least temporarily as a result of the pandemic. Many in the industry expect air travel will not recover to last year’s level until 2024.
Job losses at airlines, airports and civil aerospace companies alone could amount to 4.8 million by the beginning of next year, a 43% reduction in employment from levels before the pandemic, according to the report, which is based on an analysis by Oxford Economics.

Another 26 million jobs could go in air travel-related tourism, with about 15 million more at risk in companies that sell goods and services into the air transport supply chain or to aviation industry workers.

Airline jobs could fall by more than a third, or 1.3 million, while economic activity supported by aviation could shrink 52%, translating to a loss of $1.8 trillion in global GDP.

The pandemic will have “far-reaching implications on the industry for many years,” according to the report, which highlights the extent to which the livelihoods of millions of workers rely on global air travel. That came to a near standstill at the height of coronavirus lockdowns in April and is expected to remain depressed for years to come.

“There have been reductions in passenger traffic caused by shocks in the past, but never a near total shutdown of the global system,” said the report, which predicts passenger numbers in 2020 will be less than half last year’s level.

Airlines have called on governments to provide additional financial support and coordinate on rapid coronavirus tests to be given to passengers before flights. Doing so would make people more comfortable flying, they say, and allow governments to ease restrictions that have forced millions of tourists and business travelers to postpone or cancel their trips.

Jobs cuts at major airlines and airports have already begun, reverberating through the supply chain to planemakers, parts suppliers, catering companies and construction firms, as less money is spent on buying new planes and infrastructure projects are put on hold.

Germany’s Lufthansa (DLAKF), British Airways, Ryanair (RYAAY), Air France-KLM (AFLYY) and Scandinavian Airlines (SASDF) have announced that as many as 50,000 roles are at risk between them, although Ryanair told Reuters last month that it has been able to limit redundancies after pilots and cabin crew agreed to pay cuts.

Aviation companies will likely prefer to work with staff to lower wages in order to retain high-skilled employees who are expensive to hire and train, according to the report. “This can only last so long, however, and the Covid-19 impact has been so severe that there will still be a dramatic reduction in employment within the sector,” it added.

US airlines have already warned Congress that 100,000 jobs will be put at risk when a federal bailout package expires on Thursday. Those cuts could filter through to companies such as Boeing (BA), Airbus (EADSF), GE Aviation and Rolls-Royce (RYCEF), which have already had to shrink the size of their workforces to account for weak demand from airlines.

The decline in air traffic has also had a massive negative effect on tourism. Prior to the pandemic, around 58% of all tourists arrived at their destination by air.

“It is absolutely incumbent on governments to do whatever they can to help the sector get back on its feet so we can bring back those jobs and that economic activity,” Michael Gill, executive director of ATAG said in a statement. Gill called for certainty rather than “random quarantine declarations and constantly changing lists of acceptable and unacceptable destinations.”

Leaving Las Vegas: Sands is selling its casinos in a $6.25 billion deal

Leaving Las Vegas: Sands is selling its casinos in a $6.25 billion deal

Reese’s is launching a peanut butter cup without any chocolate

Reese’s is launching a peanut butter cup without any chocolate

Top Stories The News Article - March 3, 2021 0
The company will recycle the rocket's fuel and attempt liftoff again around 4 pm CT, according to SpaceX engineer John Insprucker on the...