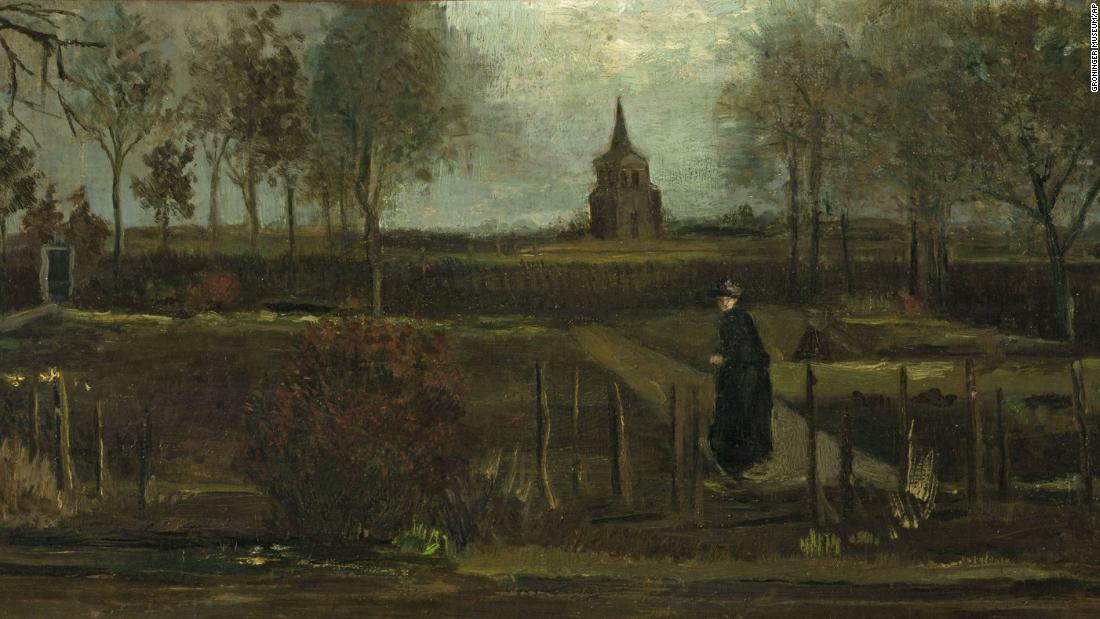 A man has been arrested on suspicion of stealing two paintings, one by Vincent van Gogh and another by Frans Hals, from museums in the Netherlands, police said.

Van Gogh’s “The Parsonage Garden at Nuenen in Spring” was taken from The Singer Laren museum in the town of Laren, just outside Amsterdam, in March last year during an overnight raid. The museum was closed at the time due to coronavirus restrictions.

The painting — created by the Dutch master in 1884 — was on loan from another art institution, the Groninger Museum in the city of Groningen.

“Two Laughing Boys” by Frans Hals has been stolen twice before, once from the Leerdam Museum in May 2011. Credit: Public Domain/Creative Commons

The painting, which features two laughing boys with a mug of beer, was valued at 15 million euros ($17.7 million) by one expert, according to Reuters news agency. The painting has been stolen twice before — once from the same museum in 2011, before being recovered by police.

Police said Tuesday that a 58-year-old man from Baarn was arrested at his home on suspicion of stealing the paintings.

A search continues for both pieces of artwork, which remain missing, police said.

“The Parsonage Garden at Nuenen in Spring” was created in the town of Nuenen, where Van Gogh stayed with his parents between 1883 and 1885.

It depicts the garden of the parsonage they lived in and where his father served as pastor, and also shows the ruins of an old church that featured in a number of other Van Gogh works from the period.

‘Nomadland’: Chloé Zhao and crew reveal how they made one of the year’s best films