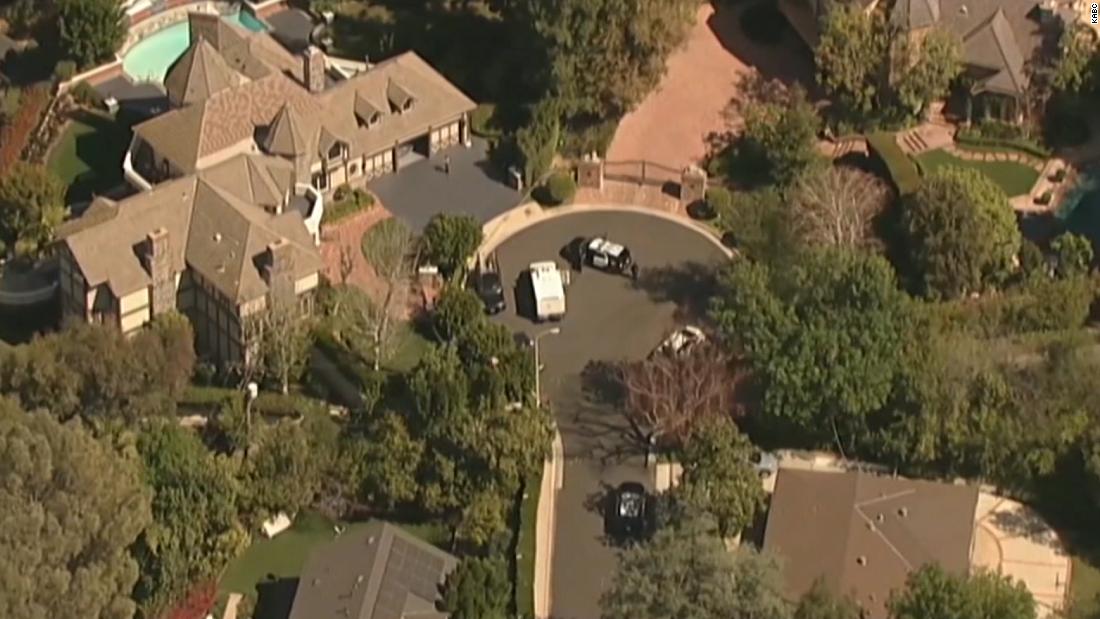 Adam Dimmerman, 47, was already in custody when police charged him with murder.

He was arrested Thursday morning in the Encino neighborhood, after patrol officers received a call about a person being assaulted, according to a news release from the department.

That assault victim, who sustained minor injuries, and other residents in the area pointed the officers toward Dimmerman, who was arrested without incident, police said. An axe and knife were found at the scene.

An hour later, patrol officers responded to another call in Encino after the fire department located an elderly man with multiple cuts and bruises inside his home.

The man, who police did not name in their news release, was pronounced dead at the scene.

On Friday, police said that Dimmerman had been charged with murder in the death of the elderly man. He was also charged in the first assault. Police have not provided a motive.

It was not immediately clear if Dimmerman had an attorney.

Jason Shakib identified the slain man to CNN affiliate KABC as Youssef Mahboubian and told KABC that he is Mahboubian’s grandson. Shakib said Mahboubian’s age was 102, differing from the police’s statement.

“I thought he fell. I had no idea. They told me he fell in the garage and my cousin came home and found him,” Shakib told KABC. “I just thought he slipped and fell because he was an older man. I had no idea there was a guy with a machete running around killing people.”

Mahboubian and his wife lived in Alonzo Place, a street in Encino, for 30 years, Shakib said. He was an immigrant from Iran, who moved to the US “decades and decades ago,” he said.

“My wife is horrified to hear he was murdered by some axe-wielding psychopath,” Shakib said. “He must have been deranged.”

Dimmerman has been charged with murder and is currently being held on bail set at $2 million.

Covid-19 vaccine demand is slowing in parts of the US. Now an uphill battle starts to get more shots into arms

Search is underway for two missing people off the coast of Pismo Beach, California