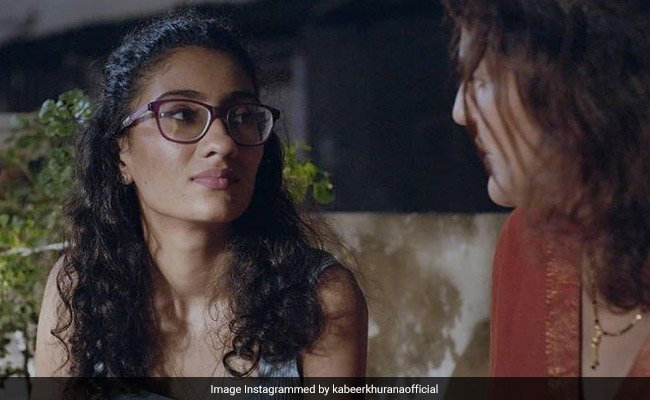 Renee Sen in a still from Suttabaazi trailer (courtesy kabeerkhuranaofficial )

Sushmita Sen celebrated her 45th birthday with lots of balloons, cakes and birthday wishes but the “bestest” gift she received for her elder daughter Renee. On Sushmita’s birthday, the trailer of Renee Sen’s acting debut – a short film titled Suttabaazi – was released. Sushmita shared it too on her Instagram, introducing Renee as an actor “with great pride”: “The bestest gift I could’ve ever received from a loving universe and my first love on my birthday! Introducing with great pride…Renee Sen the actor! Presenting the trailer of her first ever short film Suttabaazi.”

Giving a shout out to Renee, 21, the former beauty queen added: “What a feeling to see my little Shona take brave steps towards her dreams…to have the courage do so, all on her own!”Sushmita also added a little something for the director of the project Kabeer Khurana: “Here’s wishing Kabeer Khurana and the entire cast and crew of Suttabaazi every success. I love you, Renee. What a natural performer… keep growing, learning and enjoying… May you always earn respect first!”

Sushmita Sen’s post must have been the best return gift for daughter Renee:

Suttabaazi stars Renee Sen as a rebellious teenager named Diya Kumar. Actors Rahul Vohra and Komal Chhabria have been cast as Renee’s onscreen parents. Suttabaazi is said to explore the themes of women empowerment and feminism and is set in the pandemic-hit times. Renee Sen began filming Suttabaazi in October. It is expected to release on an OTT platform soon.

Sushmita Sen is also a single mom to daughter Alisah – Sushmita adopted Renee in 2000 while Alisah joined the family in 2010.

Sushmita Sen’s daughter Renee calls Rohman Shawl a man of few words, says his approval means a lot to her – Times of India