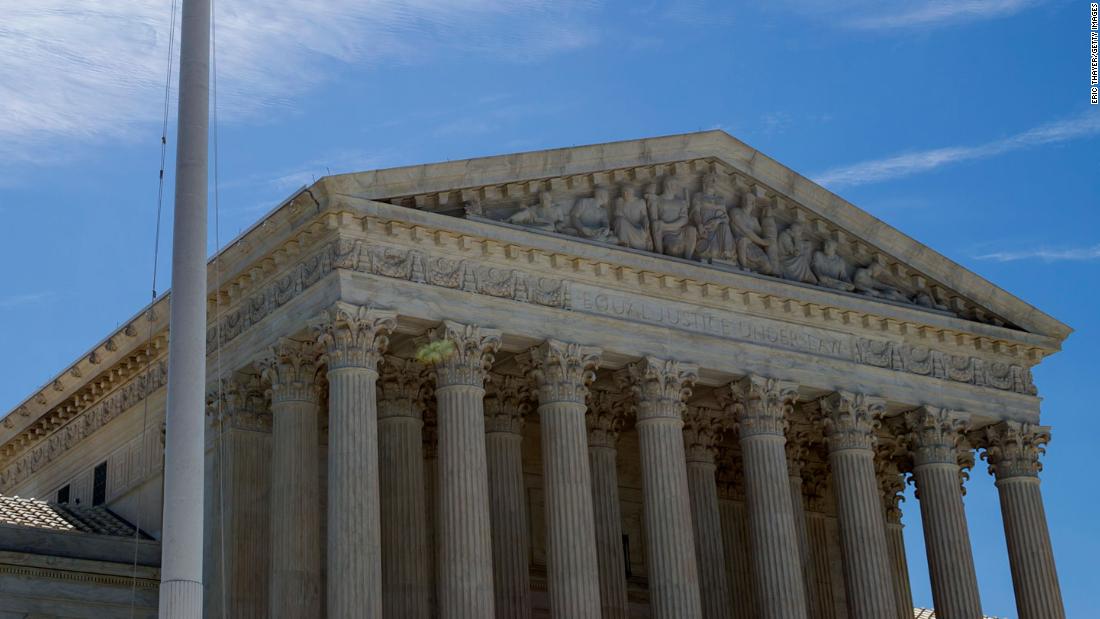 The unsigned ruling sends yet another message that the court’s majority has no interest in relitigating the last election.

Before Monday, the justices had already declined several requests to dive into one of the most litigious elections in history, denying petitions from then-President Donald Trump and other Republicans seeking to overturn election result in multiple states President Joe Biden won.

There were no noted dissents.

“Once again, the court’s involvement in the 2020 election is going out with a whimper, not a bang,” said Steve Vladeck, CNN Supreme Court analyst and professor at the University of Texas School of Law.

The case was brought by a former Republican congressional candidate, Jim Bognet, and four individual voters who argued the state high court exceeded its authority when it ordered the expansion of ballot deadlines amidst the pandemic.

It was a hotly debated issue in the weeks before and after the election as some Republicans charged that state courts might not have the final say on their state voting rules.

The argument goes that the Constitution gives the state legislature — not the governor or state courts — the final word on elections and the manner by which states choose electors. Critics of the so called “independent state legislature” doctrine say that “legislature” is a broad term including commissions given legislative powers by the state constitution.

After the election, Trump invited leaders of the Pennsylvania legislature to the White House as he continued to make baseless claims that widespread voter fraud had occurred, although no court agreed. Biden won the state by roughly 82,000 votes.

“By vacating the decision below and ordering the lower court to dismiss the suit as being moot, the Justices avoided either tacitly endorsing or rejecting the lower court’s analysis, leaving no federal precedent to govern the question of whether the Pennsylvania Supreme Court was allowed to extend the deadline for receipt of mail-in ballots last fall,” Vladeck said.