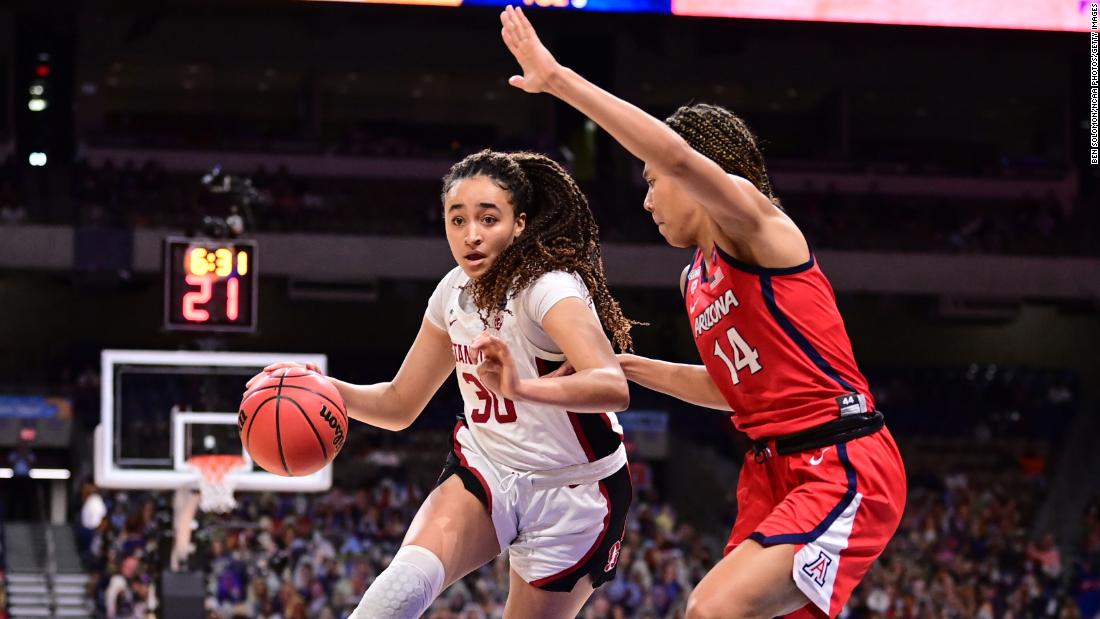 The Stanford Cardinal — the No. 1 overall seed in this year’s NCAA tournament — has won the national championship, outlasting fellow Pac-12 Conference member and No. 3 seed Arizona 54-53 at the Alamodome in San Antonio, Texas, on Sunday.

Arizona had a chance to win in the final seconds, but star guard Aari McDonald couldn’t convert on a contested jumper.

This is Stanford’s third national title and first since 1992, tying Baylor for the third most in women’s basketball history. Only Connecticut (11) and Tennessee (eight) have more. This was the first time two Pac-12 teams met in the national championship game and the seventh time in NCAA history two teams from the same conference have done so.

For the Wildcats, in their first NCAA tournament appearance in 16 years, this was their first Final Four and championship game appearances in program history. They fall to 0-3 in games against Stanford this season — but this game was by far the closest.

While Stanford historically has dominated the Pac-12 — having won its 24th Pac-12 regular season championship and 14th Pac-12 tournament championship this season — it had been a long time since the program had reached the pinnacle nationally, last contesting a national championship game in 2010.

All of Stanford’s titles, the first of which came in 1990, have come under the leadership of Tara VanDerveer, the winningest head coach in women’s basketball history who is in her 35th season with the Cardinal.

A year after the 2020 NCAA tournaments for the women and men were canceled because of the Covid-19 pandemic, this college basketball season saw varying methods of navigating through it. The pandemic postponed or canceled several games — and in some cases wiped out teams’ seasons altogether.

Some teams, like Duke, opted to end their season after just a handful of games because of the pandemic. Others, like the teams in the Ivy League, never got to play a game.

And were situations such as the Cardinal’s. Regulations in Santa Clara County kept Stanford away from campus and forced the Cardinal to relocate for training and competition from November 29 through January 31.

While it was a guarantee heading into Sunday that a team from the Pac-12 would win the national title, Sunday’s final represented the continuation of parity in the sport. This is the fourth different national champion since Connecticut won four in a row from 2013-2016.

Pig’s blood was smeared on the former home of the use-of-force expert who testified for the defense in Chauvin’s trial, police say

Top Stories The News Article - April 19, 2021 0
For the prosecution, that means drilling home their concise argument that Floyd's death on May 25, 2020, was exactly what it appeared to...

World News The News Article - April 19, 2021 0
For the prosecution, that means drilling home their concise argument that Floyd's death on May 25, 2020, was exactly what it appeared to...