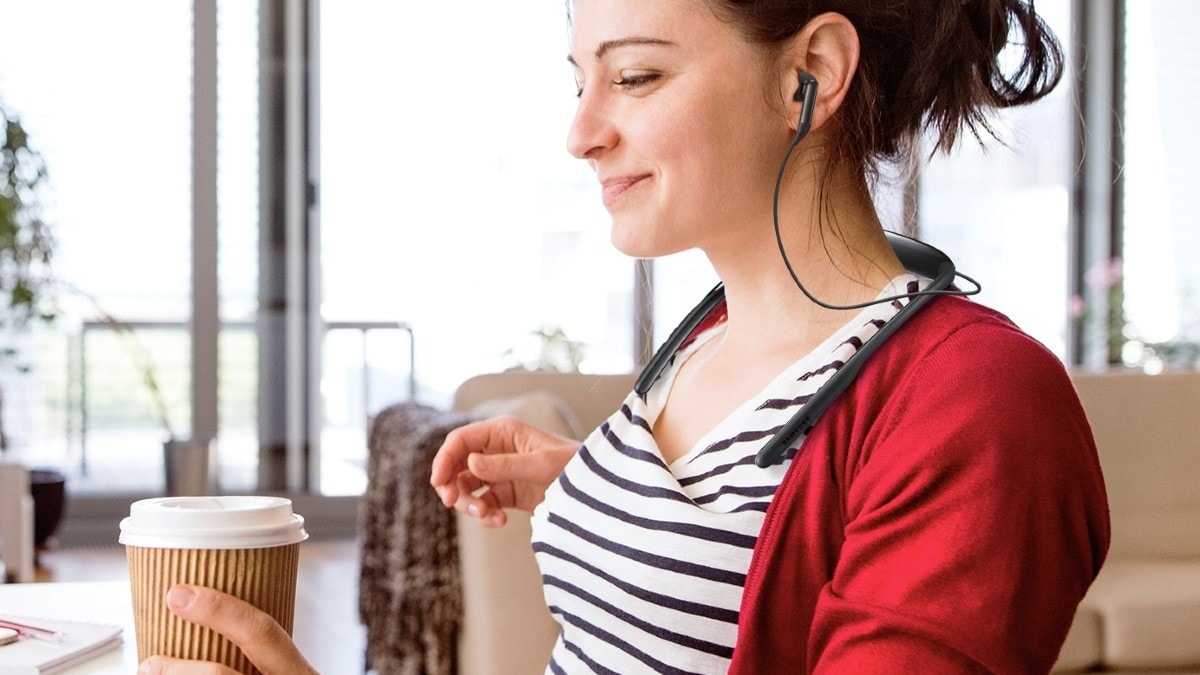 Samsung Level U2 have been unveiled as the company’s latest neckband-style wireless earbuds. The new model comes over five years after the launch of the original Level U that debuted back in July 2015. The Level U2 earbuds with ergonomically designed eartips and 12mm drivers. The earbuds are also touted to deliver balanced sound over Bluetooth using the proprietary Samsung Scalable Codec technology. The Samsung Level U2 are also claimed to provide up to 18 hours of continuous music playback time on a single charge.

As per the information available on the Samsung Levant website, the Samsung Level U2 come with 12mm drivers that have an impedance of 32 ohms and a frequency response of 20,000Hz. The earbuds also feature a built-in microphone and come with Bluetooth connectivity. Further, there are four physical buttons that enable features including call receive as well as mute/ reject call.

The Samsung Level U2 include a USB Type-C port for charging. The earbuds carry an inbuilt battery pack that can last for up to 18 hours.

Samsung is introducing a new design of eartips that is claimed to help you listen to music for longer hours. The neckband is also designed in a way that it can sit comfortably at your preferred angle, according to the company. In terms of dimensions, the Level U2 measure 146x39x170mm and weigh 41.5 grams.

Which are the best truly wireless earphones under Rs. 10,000? We discussed this on Orbital, our weekly technology podcast, which you can subscribe to via Apple Podcasts, Google Podcasts, or RSS, download the episode, or just hit the play button below.

Flipkart Mobiles Bonanza Is Underway With Impressive Offers on Smartphones

World News The News Article - February 25, 2021 0
Genomics researchers have named the variant B.1.526. It appears in people affected in diverse neighborhoods of New York City, they said, and is...