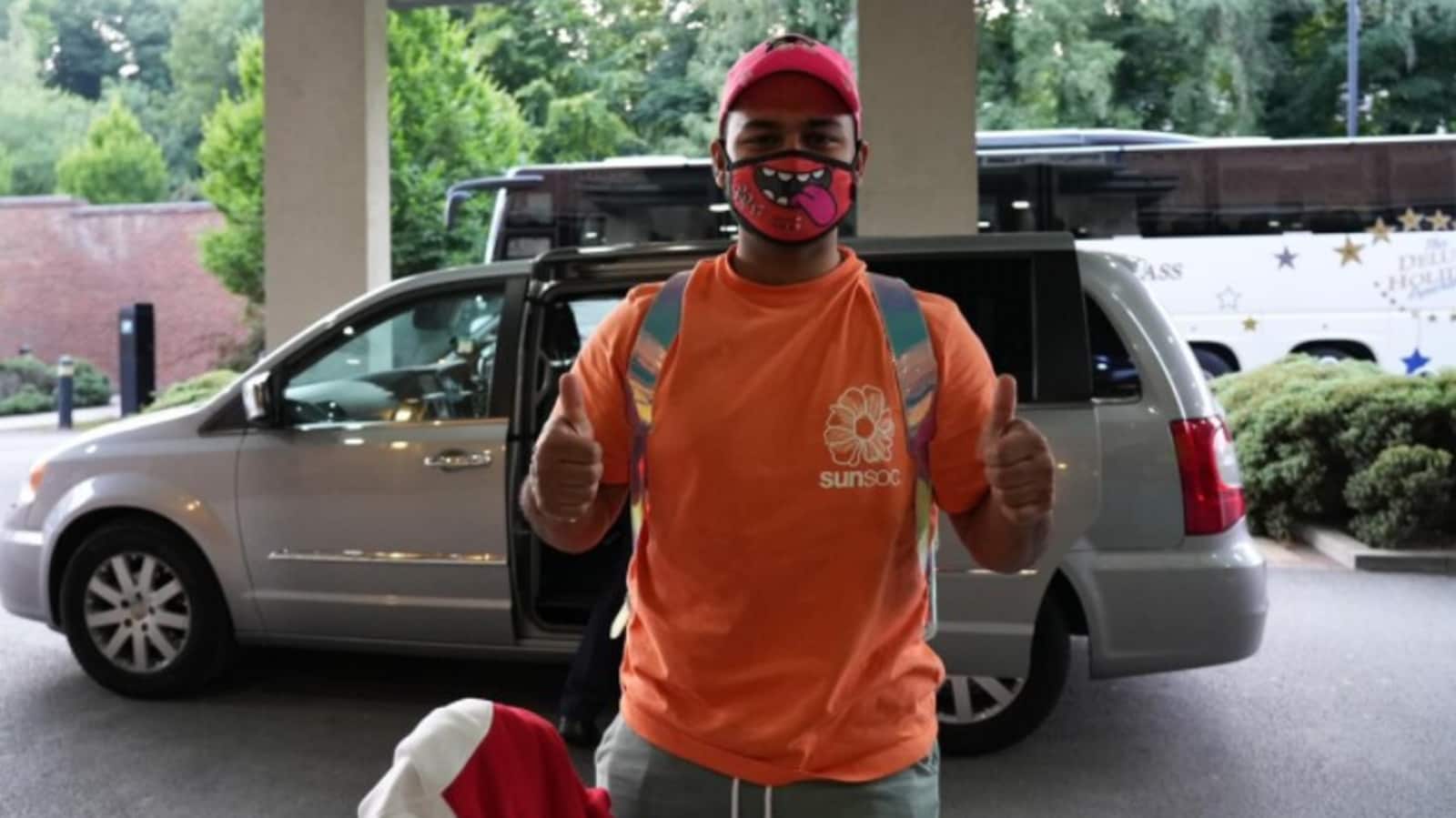 The Indian cricket team have been handed a boost as wicket-keeper batsman Rishabh Pant has returned to the squad after recovering from Covid-19. Pant had tested positive for the novel coronavirus on July 8 and was kept in isolation while being closely monitored by the BCCI Medical Team. He completed his mandatory isolation period of 10 days as per the UK guidelines and now has returned to the team on Thursday for the upcoming England Test series.

Pant was due to undergo COVID-19 and cardiac tests on Monday after testing positive for the virus during the team’s 20-day break post the World Test Championship final against New Zealand in Southampton.

“Hello @RishabhPant17, great to have you back #TeamIndia,” BCCI tweeted with a photo of Rishabh Pant.

Pant, who had not stayed in the team hotel during the 20-day break period, tested positive on July 8. He was asymptomatic and was in isolation. He was being closely monitored by the BCCI Medical Team and was on his way to recovery.

“He will be able to join the squad in Durham after returning two negative RT-PCR tests,” BCCI had said in a statement.

The four personnel are undergoing 10-day isolation and will remain in their respective rooms in the team hotel in London. The entire Indian contingent including travelling family members and caretakers were administered with the second dose of COVID-19 vaccine earlier this month in London. To mitigate any further risks, the Indian contingent is taking the Lateral Flow Test on a daily basis.

‘We are proud of you’: Tendulkar congratulates Kamalpreet after Indian finishes 6th in discus final at Tokyo Olympics

Mayank Agarwal hit on head by Siraj short ball, may have to undergo concussion test: Report

‘We are proud of you’: Tendulkar congratulates Kamalpreet after Indian finishes...