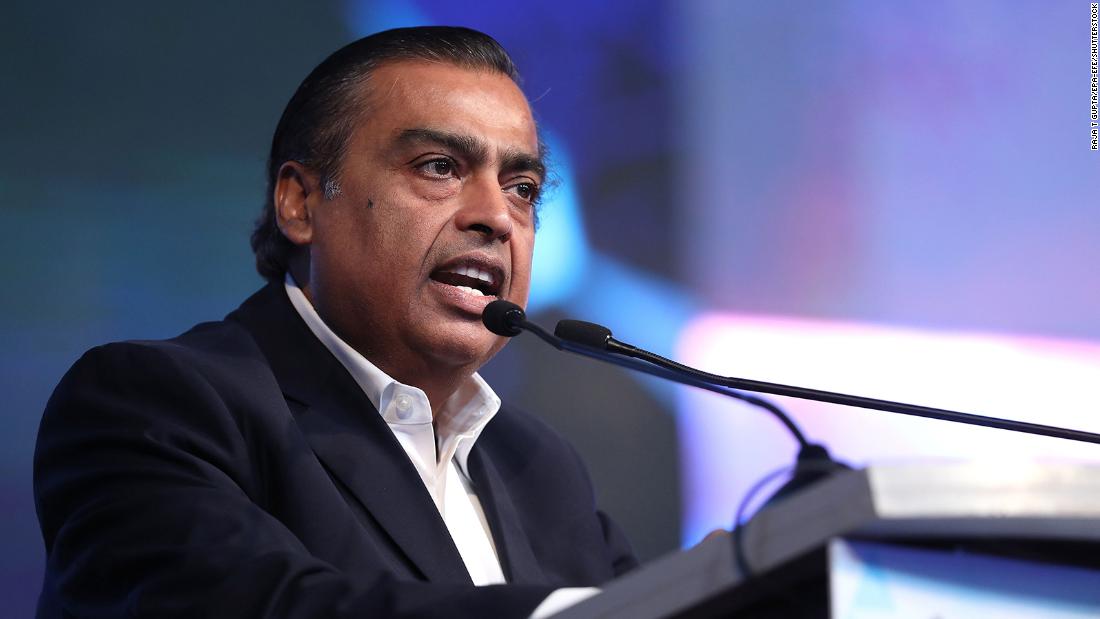 The wealth of Asia’s top billionaire fell by about $6.5 billion on Monday after shares in his conglomerate plunged as much as 8.6%, according to the Bloomberg Billionaires index, which tracks the world’s wealthiest people.

Shares of Reliance Industries dropped in Mumbai after the company posted disappointing earnings late Friday, mainly due to a tough quarter for its giant oil refinery business. Earnings for that unit “were much weaker than our estimate,” analysts at Nomura wrote in a research note following the report.

Pretax profit fell 30% over the three months through September compared to a year ago, although other parts of Reliance helped offset the slump in oil, including its retail and technology units, the analysts noted. Reliance stock was little changed Tuesday.

Reliance is one of India’s most valuable and recognizable companies. The powerhouse conglomerate — which spans oil, petrochemicals, telecommunications and retail — has been undergoing a shift in focus recently as Ambani, its chairman and CEO, tries to transform it into a global tech giant.
Ambani turned heads earlier this year after he raised more than $20 billion in just four months for the tech arm of his business, Jio Platforms. Half of that was secured in just one month, underscoring the executive’s aggressive ambitions.
Analysts have said that the CEO is under pressure to prove out the technology his firm has developed and offset the massive declines he’s experiencing in oil and other sectors. The coronavirus pandemic has ravaged global oil demand this year, due to steep drops in travel, transport, industrial and commercial activity.
Ambani’s ambitions don’t end with tech. Last month, the billionaire continued his fundraising spree, this time focusing his efforts on the company’s shopping empire, Reliance Retail. And in recent weeks, Reliance has clashed with US juggernaut Amazon (AMZN) over a deal it struck with a local retail chain, underscoring the fierce battle the company is waging to improve its standing in the industry.
Ambani, who is still estimated to be worth $71 billion, became one of the world’s 10 wealthiest people this year as he built up his group’s massive war chest. Reliance Industries shares are up 25% for the year so far, helping boost Ambani’s net worth by more than a fifth, or $12.5 billion, according to Bloomberg Billionaires.

— Sherisse Pham contributed to this report.