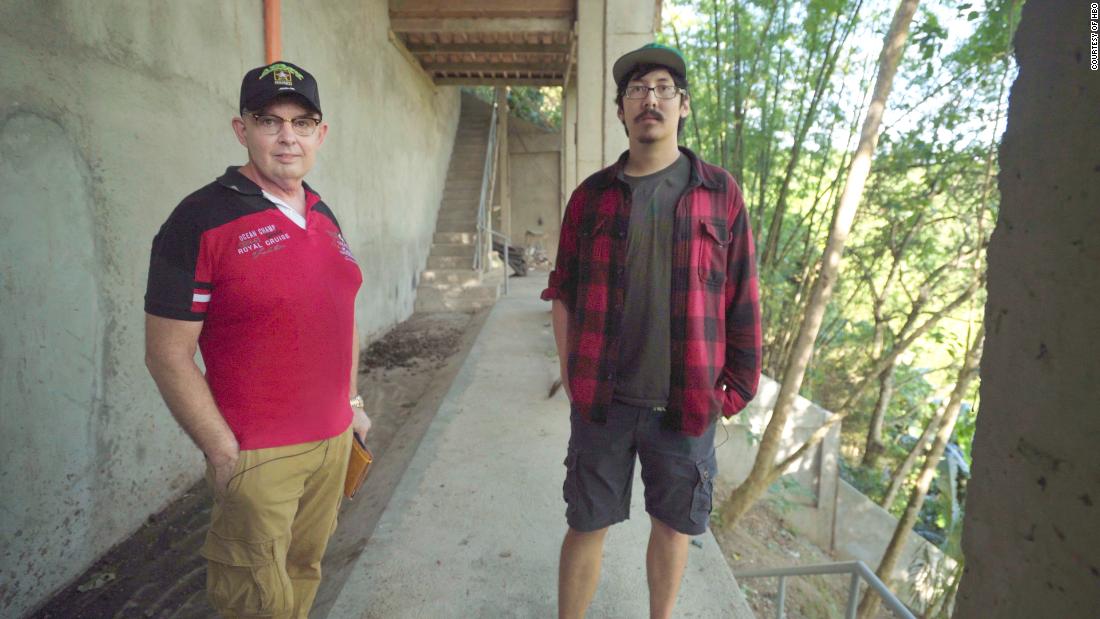 Hoback spent years assembling this story, which, in its most newsworthy aspect seeks to pull back the curtain on the wizard whose cryptic social-media posts have galvanized millions. Yet the film also finds ample time (indeed, too much) to explore those who have given their lives over to this strange propagator of conspiracy theories, and the problems their seemingly unshakable faith poses for the political class and society at large.

In a reference to “The Matrix,” those Q believers speak of being “redpilled” — that is, having their eyes opened. Despite the painstaking work Hoback has put in seeking to identify a list of suspects and unmask QAnon’s architects, it’s difficult to see how some of these folks can be deprogrammed, with the director citing the Jan. 6 insurrection at the Capitol as “an inevitable conclusion to an absurd and almost unbelievable story.”

Working with producer Adam McKay (whose credits include HBO’s “Succession”), Hoback’s investigative reporting crisscrosses the globe — from the Philippines to Japan, from Italy to Washington — to track down clues and meet face to face with a cast of characters that can charitably be called eccentric.

At the core of that is the father-son tandem of Jim and Ron Watkins, whose 8chan board provided the home for QAnon; and Fredrick Brennan, the platform’s original creator before a major falling out with the Watkins, triggering an increasingly bitter feud.

The conflict at times risks sucking Hoback into the narrative. The key players seem to embrace the attention, despite occasional protestations to the contrary, which might explain why they keep talking when at times it would appear to be in their best interests to stop.

The filmmaker’s widely cast net also yields encounters with high-profile figures like Trump associate Roger Stone, as Hoback explores tips about whose invisible hands might have assisted in promoting or puppeteering QAnon’s bizarre beliefs about ritualized pedophilia and more. Hoback also incorporates footage of former President Trump refusing to dismiss the movement as it gained momentum, having fed the conspiracy in the minds of devotees by mentioning “The calm before the storm” at an October 2017 press availability.
Like many multi-episode docuseries, “Into the Storm” could have completed its journey in less than six hours, but Hoback appears determined not to leave any stones unturned, and given the stakes — with Q adherents having entered the political arena and been elected to Congress — it was worth the effort.

“Q derives its power from anonymity. From myth,” Hoback notes near the end.

The disturbing takeaway from what precedes Hoback’s conclusions in the final episode, however, is that as the animated credits suggest, many Q believers appear to have slipped too far down the rabbit hole — and committed too much to this misguided crusade — to readily find or accept a face-saving way out.

“Q: Into the Storm” premieres with back-to-back episodes March 21 at 9 p.m. ET on HBO, which, like CNN, is a unit of WarnerMedia.