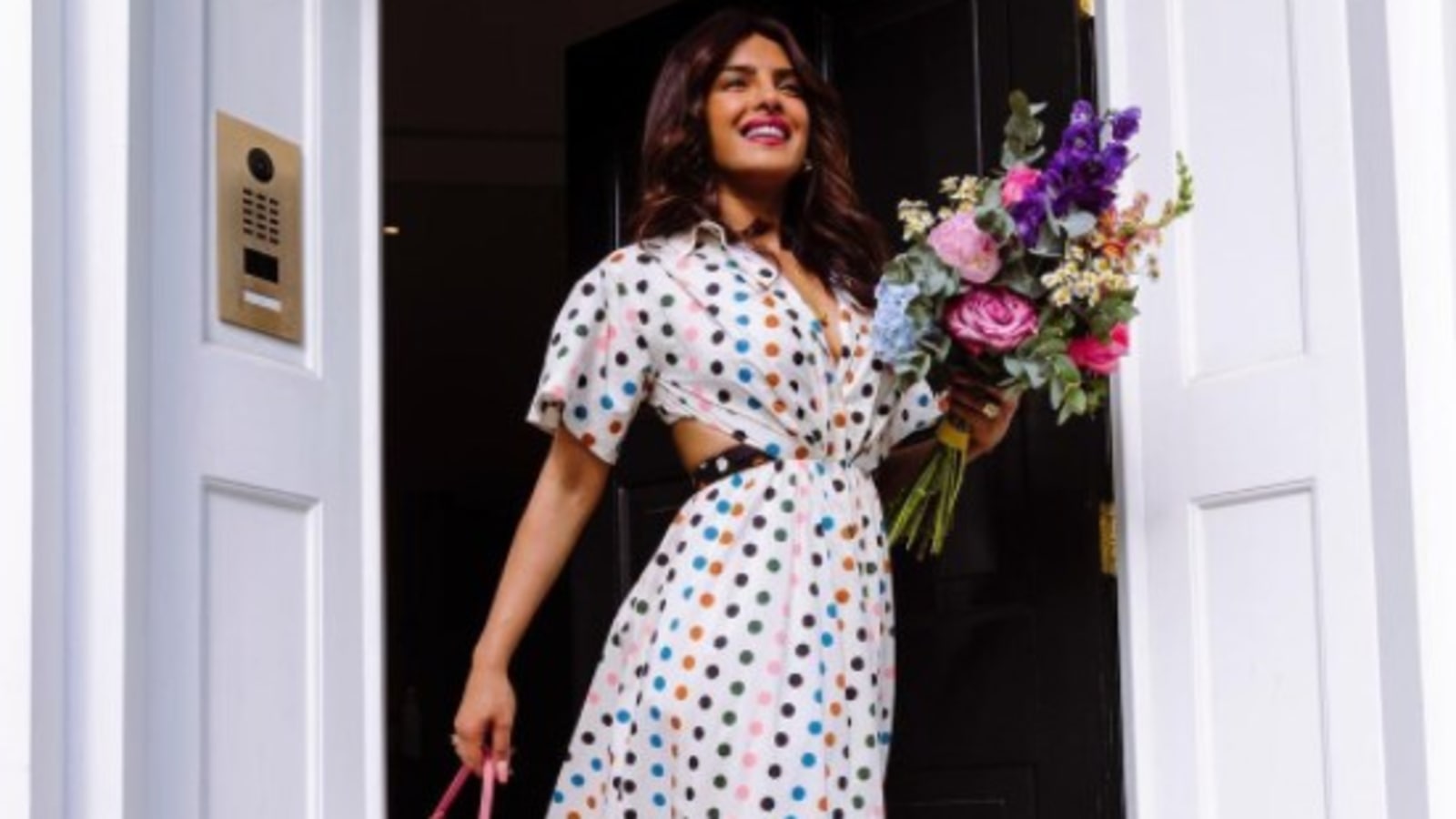 Actor Priyanka Chopra Jonas gave fans a glimpse of her summer look in her latest post. Taking to Instagram on Thursday, Priyanka shared a photo, in which she is seen wearing a breezy dress. The post is part of a branded content.

In the candid picture, Priyanka Chopra Jonas is wearing a multi-coloured polka dot dress paired with grey sandals. She is seen carrying a pink bag in one hand and a bouquet in another, while exiting a room with a smile.

Priyanka also took to Instagram Stories and shared several pictures of herself. In the first photo, she is seen smelling flowers as she stepped outdoors wearing the same dress but paired with pink shoes and a white bag. She captioned it, “I’m basically Ferdinand,” followed by red heart emojis. She tagged her location as London.

The second picture also shows her smelling flowers with her eyes closed. In the last photo, she can be seen with her friends.

Fans showered her post with love taking to the comments section. A fan wrote, “I love you mam u r truly inspiring everyone all over the world. Thank u for making India proud in western.” Another said, “You always done good work in the Bollywood film industry n even anytype work given to you,you do that with your full energetic powers,in each dress u looks amazing,may your partnership be fruitful from all angles.” A few fans wrote, “gorgeous priyanka,” “beautiful queen,” “always different look,” “my inspiration,” and “my beautiful queen.”

Priyanka is currently in London for the shoot of her upcoming web series Citadel, which is being executive produced by the Russo Brothers. It is an Amazon-backed project and Game of Thrones star Richard Madden is also a part of it. Apart from this, Priyanka will also be seen in Matrix 4. A few months ago, she had launched her memoir, Unfinished.

Rashami Desai: I want a National Award. I am working towards it