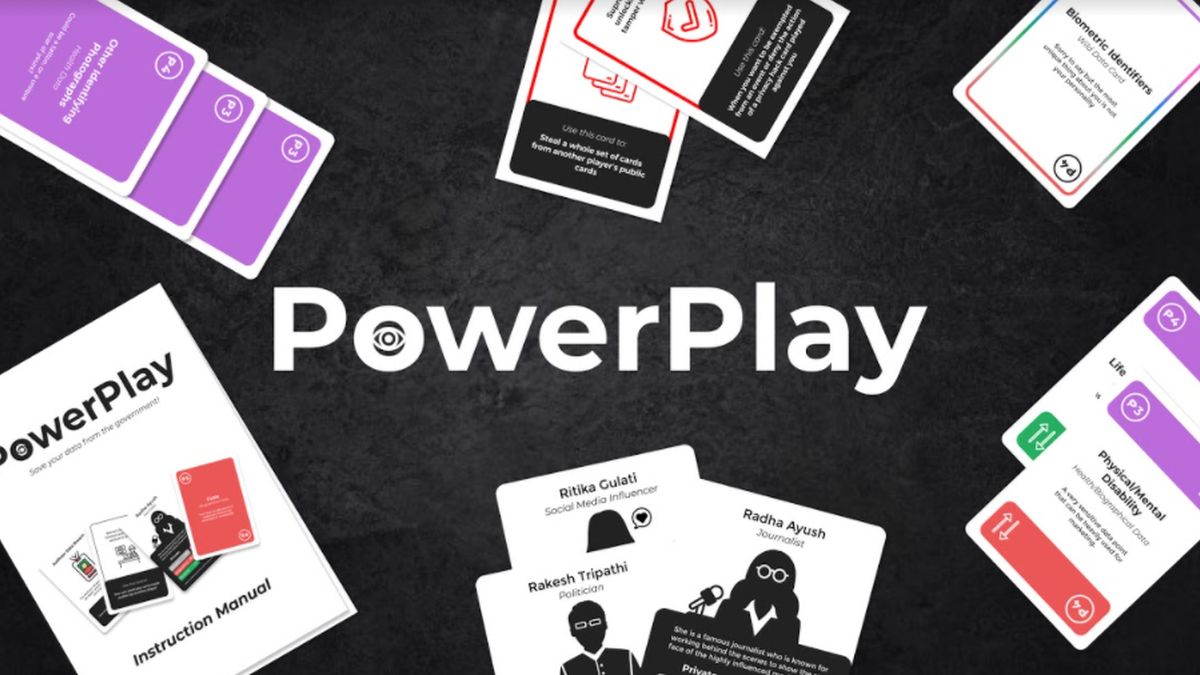 PowerPlay by the Internet Freedom Foundation (IFF) is a new card game that its makers hope will be able to teach people about privacy and their rights. Designed by Delhi-based UX designer Ishita Begani, the game seeks to help the citizens of India gain a basic understanding about their rights to privacy. The game drops in at a time when WhatsApp’s privacy policy updates have refuelled the conversation around data privacy.

PowerPlay was born as a product of Begani’s undergraduate thesis project. “After in-depth research on behavioural design and exploring various creative directions, I decided to design a card game which engages people in situations of privacy threats and pushes them to act on it,” says Begani.

For her project, Begani chose to work with Article 21 of the Indian Constitution which states that ‘No person shall be deprived of his life or personal liberty except according to the procedure established by law.’ Under this article, ‘Right to Privacy’ is identified as a fundamental right. A Supreme Court verdict in 2017 made it clear that privacy is a fundamental right in India.

Despite that, Begani says she noticed that there is no concrete law in India that empowers citizens towards protecting their right to privacy. The Personal Data Protection Bill, which is currently being debated in a Joint Committee of Parliament, ensures to provide a strong data protection structure for India. While the bill seems to provide increased protection for the personal data of citizens, she says it was a bill which promoted state and private interests even at the cost of the citizen’s privacy.

Through the game, Begani wanted to address this underlying problem of data awareness and increase the citizens’ awareness regarding the implications of the bill and push them towards voicing their opinions.

Depending on the character card that you get, you’ll have to keep certain information about you private and public. The game, designed for players above the age of 18, aims to help players maintain the balance between their game character’s public and private data when the government infringes upon their privacy.

Depending on character card you get, you’ll have to keep certain information about you private and public
Photo Credit: IFF

“It engages the players in privacy-themed contexts and allows them to play their data according to an event in the game. It creates an understanding of the innumerable ways our data is vulnerable to abuse by unknown forces including our government. The citizens also become aware of how the bill challenges our basic notions of privacy,” says Begani.

The question of our data privacy has been in the spotlight lately following WhatsApp’s controversial privacy policy updates. Once you accept the updated privacy policy, the app will be able to share user details such as their phone numbers and transaction data. This has led to an increased downloading of more privacy focussed personal messaging apps such as Signal and Telegram.

People around the globe are becoming increasingly concerned about the data that they are sharing, both knowingly and unknowingly, with multitudes of corporations and government institutions.

“Quite often, we’re told that privacy is a right which lacks definition. People do not know what it means. Privacy is intangible since it relates to personal data and people cannot foresee the risks and harms of surveillance,” says Apar Gupta, Executive Director, IFF. Awareness about data privacy, is simply, the need of the hour.

To get hold of the game, you’ll have to be an IFF Visionary, that is, be a recurring donor to the New Delhi-headquartered NGO that conducts advocacy on digital rights and liberties.

Is Samsung Galaxy S21+ the perfect flagship for most Indians? We discussed this on Orbital, our weekly technology podcast, which you can subscribe to via Apple Podcasts, Google Podcasts, or RSS, download the episode, or just hit the play button below.