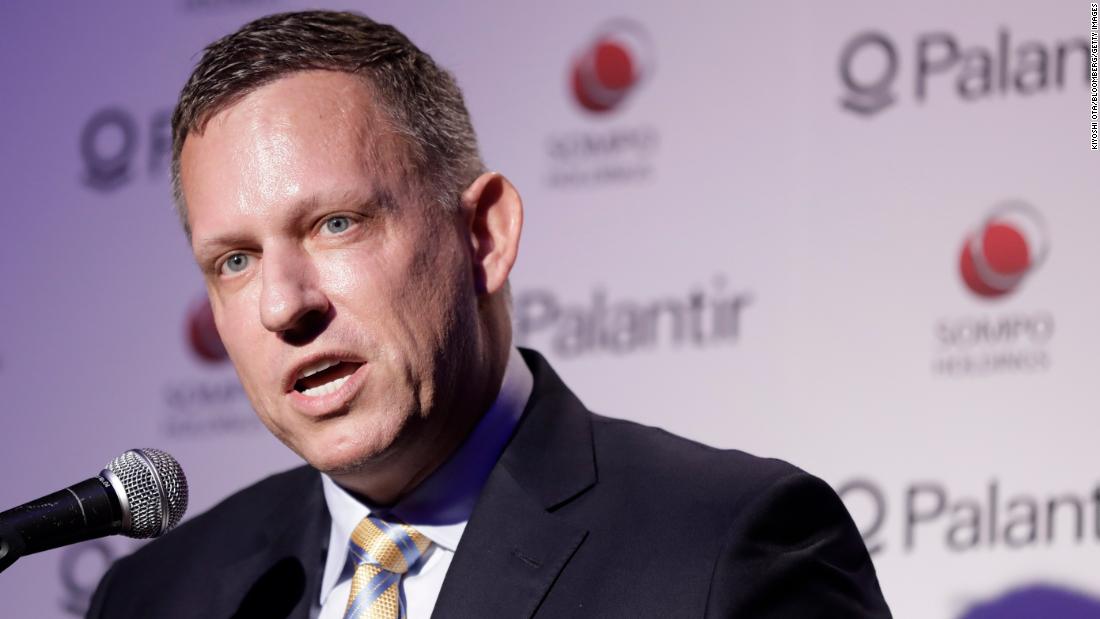 The company will trade on the New York Stock Exchange under the ticket symbol “PLTR.” The NYSE has listed a reference price for Palantir of $7.25 a share, which would value the company at nearly $16 billion, or below its $20 billion private market valuation. (Reference prices are guides for investors but do not dictate how the stock will open.)
Following in the footsteps of Spotify and Slack, Palantir will go public through a direct listing, meaning it did not rely on underwriters to assess demand and set a price. A direct listing only involves the sale of existing shares and no new capital is raised.
Asana, a task management software startup, is also making its debut via a direct listing on Wednesday. The NYSE has listed it a reference price of $21 a share.

In the 17 years since it was founded, Palantir Technologies has received financial backing from the Central Intelligence Agency, become one of the most valuable private companies in the United States, and earned a seat at the table alongside the biggest tech companies in meeting with President Donald Trump. Cofounder Peter Thiel, a member of the so-called “PayPal mafia” and a longtime Facebook board member, supported Trump’s 2016 campaign.

The company, which has long shrouded itself in secrecy, revealed in August via its prospectus that it has never turned a profit and that about a third of its revenue came from its three biggest customers. In the first six months of 2020, it reported revenue of $481 million, up nearly 50% from a year earlier, and losses of $164 million, down from $280 million the same period a year prior. It lost $580 million on revenue of $743 million in 2019.

Named after the seeing stones in J.R.R. Tolkien’s fantasy novel “The Lord of the Rings,” Palantir has two products that customers use to organize and glean insights from mounds of data: Gotham, which was initially developed for government clients, and Foundry, geared toward commercial clients.

Palantir, which provides governments and corporations with tools to help with everything from tracking the spread of the novel coronavirus to zeroing in on terrorists, stated in its prospectus that one of its goals is to “become the default operating system for data across the US government.”

Revenue from government contracts made up $345.5 million, or 53%, of its overall revenue in 2019. In the filing, Palantir said the US government agencies using its software include the Department of Health and Human Services, Department of Homeland Security, the Securities and Exchange Commission, the Food and Drug Administration, the National Institutes of Health, the Centers for Disease Control and Prevention, Department of Veterans Affairs, Army, Navy and Air Force.

As for how Palantir’s stock will fare, Kathleen Smith, a principal at Renaissance Capital which manages IPO-focused exchange-traded funds, told CNN Business that regular IPOs have been “flying off the shelf.” Smith cited how well Zoom’s stock has been received since going public in April 2019, for example. Snowflake, a data storage firm, earlier this month became the biggest software IPO ever when it raised $3.4 billion from its public offering. But there’s less precedent for understanding how direct listings will be received by investors in the near-term, said Smith.

Volvo to go fully electric by 2030

Apple had a blowout quarter in China. But can its success there continue?

Apple had a blowout quarter in China. But can its success there continue?

The worldwide web as we know it may be ending

Entertainment The News Article - March 2, 2021 0
From John Abraham setting the internet ablaze with his unmissable latest photo and the makers of Tara Sutaria and Ahan Shetty's upcoming film...