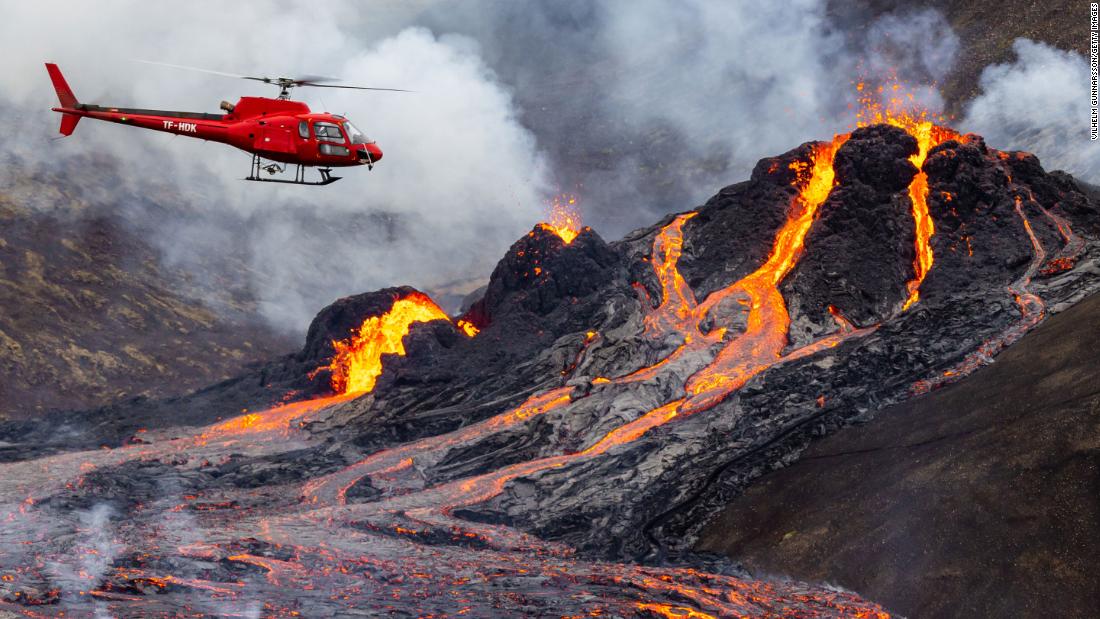 But volcanoes are not amusement parks, and we still don’t know how to predict where an awakening volcano will fit on the wide span between a thrilling spectacle and a deadly catastrophe.

Fagradalsfjall’s spring awakening has been a “best-case scenario” eruption in a country that gets a lot of eruptions. Iceland sits atop a plume rising from deep inside the earth to the shallow crust, where it meets the zigzag rift that separates the North American and Eurasian tectonic plates.

This geological hot spot gives Iceland its wondrously volatile landscape of hot springs, geysers, earthquakes and occasional major eruptions, like the spectacular 2010 eruption of Eyjafjallajökull, which disrupted European air traffic for weeks, and the 1783 eruptions at Laki, which released so much sulfur dioxide and other toxic gases over eight months that about 9,000 people in Iceland died — about a quarter of the population. It changed the weather and caused more deaths across Europe.

The eruption at Fagradalsfjall could have been one of those disastrous ones. Because of its location, scientists did not expect it to explode with tall ash plumes the way Eyjafjallajökull did. They predicted the fountaining and flowing of lava that we have been seeing. But how much lava? And how much toxic gas?

It’s hard for scientists to say. There were tens of thousands of earthquakes, including some fairly large ones (~5 on the Richter scale), in just three weeks before Fagradalsfjall erupted. This heightened activity caught everyone’s attention. Based on the early earthquakes, scientists mapped an intrusion of magma into a subsurface dike (a sheet of rock that can form in the fracture of older rocks) and forecasted that the eruption could take place at Mt. Keilier, at the northeastern tip of that dike.

Scientists were also watching the area from space, and with ground-based GPS trackers, to see how the earth was deforming and moving. They concluded that magna was accumulating under part of the Reykjanes Peninsula, in southwestern Iceland, and on March 11 reckoned, correctly, that the most likely place for an eruption was Fagradalsfjall.

So, the eruption’s location and timing were predicted fairly accurately. But nobody knows now whether it will stop in a few days, or continue for years and become an unparalleled tourist attraction. Lava was oozing out of the Pu`u `O`o site on the flank of Kilauea volcano in Hawaii for 35 years. In 2018 it suddenly switched to a new site 14 miles away, where it destroyed hundreds of homes over an intense four-month stretch, before it abruptly stopped.

Then, too, we watched and watched. Which raises the question of why some eruptions receive a lot of press, while others do not.

On average, there are 20 active eruptions around the world at any given moment. Right now, there are 24. Some, for example, those in Kamchatka, Russia, are very remote and their main impact is on air travel from North America to Asia. Others, though, are having a significant effect on the life and livelihood of the communities nearby.

Merapi, in Indonesia, is continuously sending pyroclastic currents towards the communities on its flanks. Mt. Etna in Italy is currently very active, and village residents got coated in ash just last week. Just two weeks ago, significant ash also covered the residents of Guamote, a county seat 26 miles from Sangay volcano in Ecuador. Yet we barely hear about these.

The Fagradalsfjall eruption is very intriguing because it happened at a location that hadn’t been active in hundreds of years. But Mt. Sinabung, in Indonesia, hadn’t been active for a lot longer before its 2010 eruption, and it is still erupting to this day, sending currents of ash and hot debris towards communities. Did you know that? Is anyone, besides those who live close, watching, entranced?

There is one very important reason we are watching Iceland. As the seismic activity at Fagradalsfjall was ramping up, the Icelandic Met Office, as well as media outlets, placed webcams in the area likely to erupt. These have been streaming live video of the eruption site, serving fresh lava to the Instagram and TikTok generation.

When we can watch nature’s wonders, immediately as they happen, who could resist?

Opinion: There will be no graceful exit from the Covid-19 pandemic

Top Stories The News Article - April 19, 2021 0
But in an essay published this week, ostensibly a tribute to his late mother, former Premier Wen Jiabao appeared to issue what many...