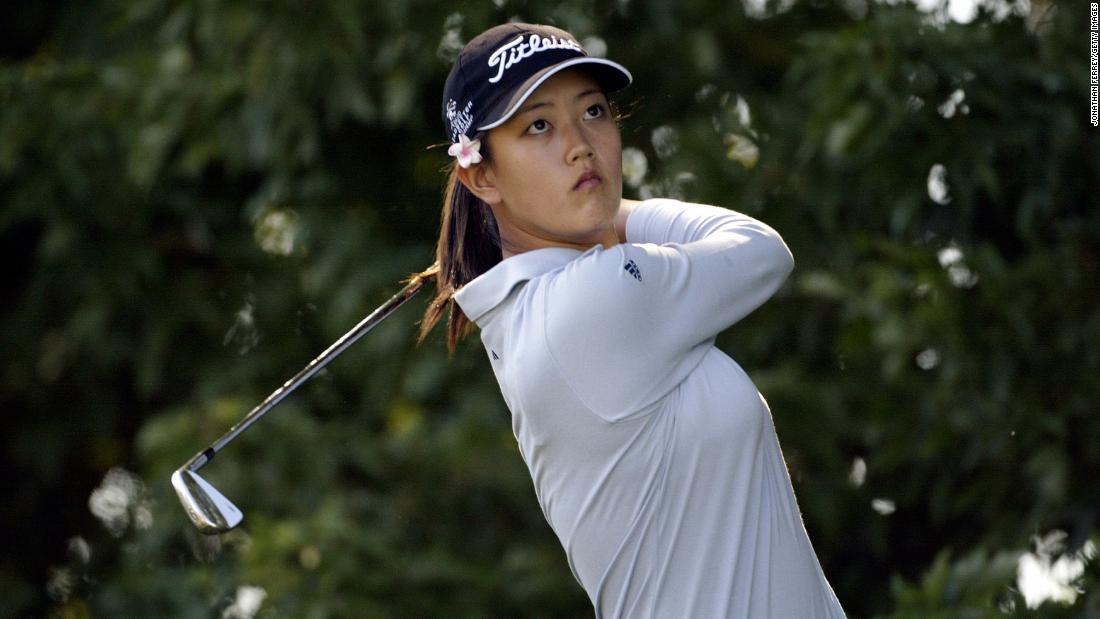 Wie West, the five-time LPGA Tour winner, who recently contemplated early retirement before finding out she was having a girl (Makenna Kamalei Yoona West arrived on June 19 and, said West, “changed everything”), held nothing back in her response to the lewd story Giuliani related on Steve Bannon’s “War Room” podcast last week. In 2014, according to the former New York City mayor (and former personal lawyer to Donald Trump), he was playing a round with the late Rush Limbaugh at a charity event in Florida, and Limbaugh complained about the number of photographers on the course.

They weren’t there to shoot them, Giuliani pointed out. Wie West was readying to putt.

“Now Michelle Wie is gorgeous,” Giuliani told Bannon. “She’s six feet. And she has a strange putting stance. She bends all the way over. And her panties show. And the press was going crazy.”

“Is that OK to tell that joke? I’m not sure,” he continued.

No, Rudy, it’s not okay, but it also isn’t all that different from what hordes of other simple-minded and retrograde men have said about female athletes like Wie West—who graduated from Stanford University, by the way.

Instead of focusing on what was under her skirt, she tweeted, Giuliani and his ilk should have “remembered that I shot 64 and beat every male golfer in the field leading our team to victory.”

“I shudder thinking that he was smiling to my face and complimenting me on my game while objectifying me and referencing ‘panties’ behind my back all day,” she continued. “What should be discussed is the elite skill level that women play at, not what we wear or look like.”

The fact is, women on the course or the pitch or the court face the same scrutiny, if not more, as women do just walking down the street — their appearance, indeed their sheer physical existence, serving as a site onto which socially entrenched ideas and beliefs about gender are mapped, reaffirmed and contested.

Women challenge dominant ideologies about gender with their very presence in sports, especially those who play in a realm that is always in conversation with the male version of the game: monikers such as the LPGA, the Women’s World Cup, the WNBA and the Lady Vols show just some of the qualifiers used to describe women’s teams, telegraphing that the men are playing the normative version of a sport– the standard “real” version.

At my high school, the boys’ teams were “the Braves.” The girls’ teams were the “Lady Braves.” What does that even mean? Where do we even begin?

This kind of gender marking contributes to the belief that women’s sports are literally substandard to men’s.

That disrespect, coupled with juvenile sexism, perhaps made it feel only natural to someone like Giuliani to casually debase an elite female athlete as he reminisced with Bannon about the hideous misogynist Limbaugh (the man who — among many of his sexist affronts — once referred to Georgetown Law School student Sandra Fluke as a “slut” and “prostitute” because she advocated for improving women’s access to birth control).

Ugly stories like this about women who play sports are part and parcel of the broader media representations of sport and athletes that contribute to harmful gender stereotypes, ones that ensure female athletes are presented as women first and athletes second and that largely focus on appearance, age and family life while their male counterparts enjoy depictions that emphasize power, domination and athletic worth.

The very void of coverage of female athletes in the media spotlight (outside of the mega-events like the Olympics and the Women’s World Cup, it is less than 10% of all sports coverage) speaks volumes. Indeed, most of the limited coverage focuses on moments like this one, when two old men on a podcast objectify and demean a champion and remark on her underwear.

Ogling women, athletes or otherwise, is age old, and Wie West now joins the ranks of women who have hit back and hit back hard.

Whether the international boxing federation’s long discussion of whether its female athletes should wear skirts, disgraced former FIFA head Sepp Blatter’s remarks about putting women’s teams in tighter shorts as a way to popularize the game because “beautiful women play football nowadays,” or the New York Times infamous piece on body image in women’s tennis, in which descriptions of Serena William struck readers as racist and sexist, the gender police have long been catcalling from the sidelines.

Now, in Rudy, they have a new chief.

Opinion: The fashion police are judging you on Zoom

Opinion: Lawrence Ferlinghetti was the hive and the honey

When Alia Bhatt spoke about her boyfriend Ranbir Kapoor

Entertainment The News Article - March 1, 2021 0
​When Alia acknowledged her love publiclyThe duo made it official at the 64th Vimal Elaichi Filmfare Awards 2019. In her acceptance speech, Alia...