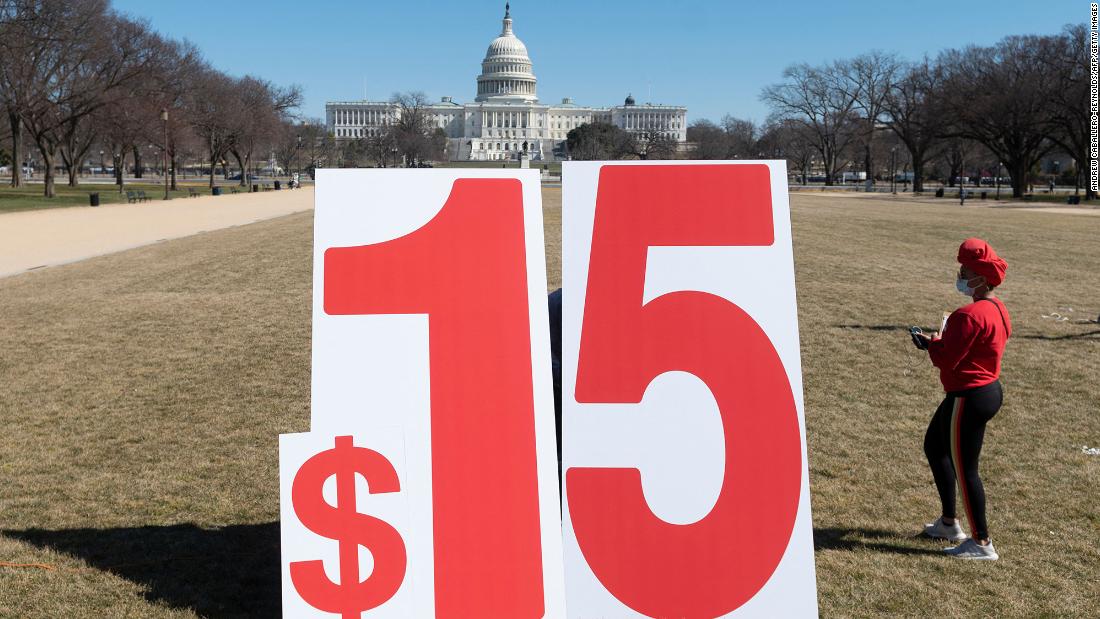 Democrats tried to include a $15 minimum wage in the American Rescue Plan, but were forced to leave it out. They have another opportunity with the Raise the Wage Act, which would raise the minimum wage to $15 an hour over five years and help decrease both the racial and gender wealth gaps that Black women face. This represents a relatively easy fix to a deeply insidious problem. Congress must pass this act, and the White House must lead the way.
Raising the federal minimum wage to $15 an hour — and eliminating the abysmal $2.13 federal subminimum wage for tipped workers, who are mostly women and disproportionately women of color — is long overdue. The nationwide minimum wage hasn’t been raised since July 2009, and raising it will help build a stronger middle class that includes Black and brown families.
More than one-third of Black women and nearly 31% of Hispanic women would benefit from a $15 minimum wage; but an increase would also lift wages across the board, with 23.6% of White women and 18.4% of all White workers benefiting, according to research from the Economic Policy Institute. And the majority of workers who would benefit, nearly six in 10, are adult women — many of whom have children and likely struggled with childcare during the Covid-19 crisis.
The entire US economic and political system is layered with inequities rooted in structural racism, which has shunted workers of color into underpaid jobs. The Covid-19 pandemic has only exacerbated those inequities, as underpaid workers, often Black and brown, were suddenly deemed essential and forced to work on the frontlines of the crisis, sometimes without adequate pay and protections. For many essential jobs, like food service workers, home health care workers and nursing home workers, the median pay is well under $15 an hour.
Covid-19 also disproportionately impacted women, many of whom were forced to leave the workforce to care for children or other family members. As the economy begins to bounce back, they’re being rehired at a slower rate than men.
Unlike with other, similarly fraught challenges, we know raising wages can make a huge dent in inequity. For example, expanding the minimum wage in the late 1960s explained 20% of the decrease in the Black-White earnings gap in the years that followed.
Raising the minimum wage is also a matter of basic fairness, not just for Black women, but for all Americans. It will make a crucial difference in the lives of millions of workers in communities across the country. Even the Congressional Budget Office’s 2021 study of the impact of raising the federal minimum wage to $15 by 2025 clearly showed that the policy would raise incomes of underpaid workers overall and significantly reduce the number of families in poverty. And while the report found that a higher minimum wage would lead to job losses at all wage levels, additional studies have shown that increasing the minimum wage boosts take-home pay for workers, reduces turnover for businesses and leads to no appreciable job loss.

Black women have shown their commitment to our country, working the toughest jobs in the face of a global pandemic at high rates to keep our nation afloat. We voted for $15 because it will lift workers and families out of poverty, loosen the grips of inequity and segregation and chart a course to a truly just recovery. Now it’s up to the White House to prove it’s working for the people. It’s time to get $15 done.

Opinion: Biden wants to make the US more competitive. His tax hikes will do the opposite

Opinion: Why we shouldn’t be so worried about runaway inflation in the US

Opinion: Why we shouldn’t be so worried about runaway inflation in the US

Opinion: The reason we can’t fully explore space is fixable. Here’s how