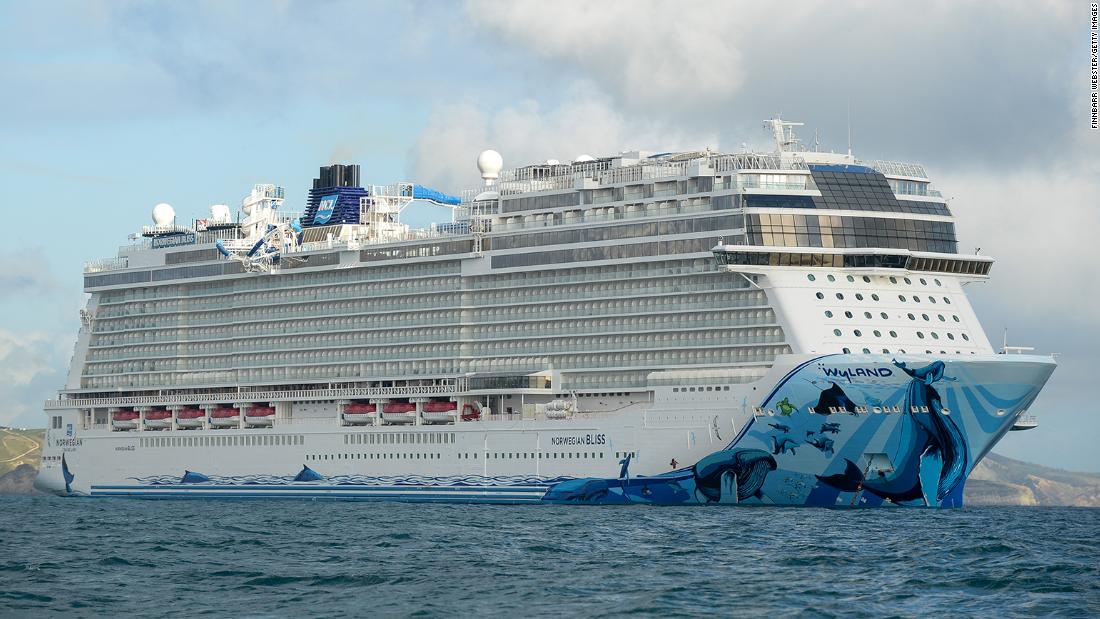 Norwegian, which despite its name is a US-based company, sent a letter Monday to the Centers for Disease Control and Prevention, notifying it of its proposal. It’s the first major American cruise line to lay out plans for a resumption of US sailings.

No industry has been decimated quite like the US cruise ship industry, which hasn’t been able to sail to or from a US port in more than a year. Other industries, even in travel and hospitality, are showing signs of a rebound. Rising vaccination rates are raising hopes of a return to normalcy. But the US cruise industry is still stuck in limbo with no clear sign when it’ll be back in business.

So on Monday, Norwegian essentially said: Enough. The company said it plans to require vaccinations for everyone on a ship at least two weeks before sailing.

“Vaccinations are the primary vehicle for Americans to get back to their everyday lives,” said Norwegian CEO Frank Del Rio.”We believe that through a combination of 100% mandatory vaccinations for guests and crew and science-backed public health measures … we can create a safe, ‘bubble-like’ environment.”

The CDC Friday put out guidance on how it expects to allow a resumption of sailings. It said it “recommends” rather than requires vaccinations for all aboard a ship. The group also said it wanted to see “simulated (trial) voyages that will allow crew and port personnel to practice new Covid-19 operational procedures with volunteers before sailing with passengers.” And it did not give a date by which the CDC planned to allow US sailings again for the first time since March of 2020.

The CDC’s statement was not welcomed by the industry.

The Cruise Line International Association, the industry trade group, Monday called the CDC’s statement “disappointing,” “unduly burdensome” and “largely unworkable.” It said the health agency is demanding a zero-risk approach for cruises, rather than calling for efforts to mitigate the pandemic, which it said is the CDC’s guideline for “every other US sector of our society.”

The CDC did not issue an immediate comment on Norwegian’s plans or on the criticism of its statement by the industry.

But Norwegian said it shares the CDC’s view that vaccinations can help Americans return to normalcy, and it believes its plan “shares in the spirit and exceeds the intent” of the CDC’s guidelines.

The company sails under the Norwegian Cruise Line, Oceania Cruises and Regent Seven Seas Cruises brands. The other two major US-based cruise companies, Carnival Corp. and Royal Caribbean, have yet to announce their own plans for a resumption of US sailings.

“We are reviewing and studying all options to ensure the health and safety of our guests and crew,” said Royal Caribbean.

The three companies all suffered massive losses last year, totaling $6.8 billion between them. All have borrowed large amounts of money and cut staff to ride out the crisis.

Cruising has resumed in more than 10 major cruise markets globally, with nearly 400,000 passengers taking cruises over the last eight months in Europe, Asia and the South Pacific, according to the industry group Cruise Line International Association. Additional sailings are planned in the Mediterranean and Caribbean later this spring and summer. But Canada has extended its ban on cruises into 2022.

But American public health officials have not signed off on a resumption of US sailings, the world’s largest cruise market. The trade group has called for the CDC to announce a definite date for the resumption of US cruises by early July.

“The lack of any action by the CDC has effectively banned all sailings in the largest cruise market in the world,” said the group’s March 24 statement. “Cruising is the only sector of the US economy that remains prohibited, even as most others have opened or continued to operate throughout the pandemic.”

The guidance from CDC that is blocking US cruises “does not reflect the industry’s proven advancements and success operating in other parts of the world, nor the advent of vaccines, and unfairly treats cruises differently,” said the group’s CEO Kelly Craighead. “Cruise lines should be treated the same as other travel, tourism, hospitality, and entertainment sectors.”

Analysis: The breakaway European Super League is all about big money