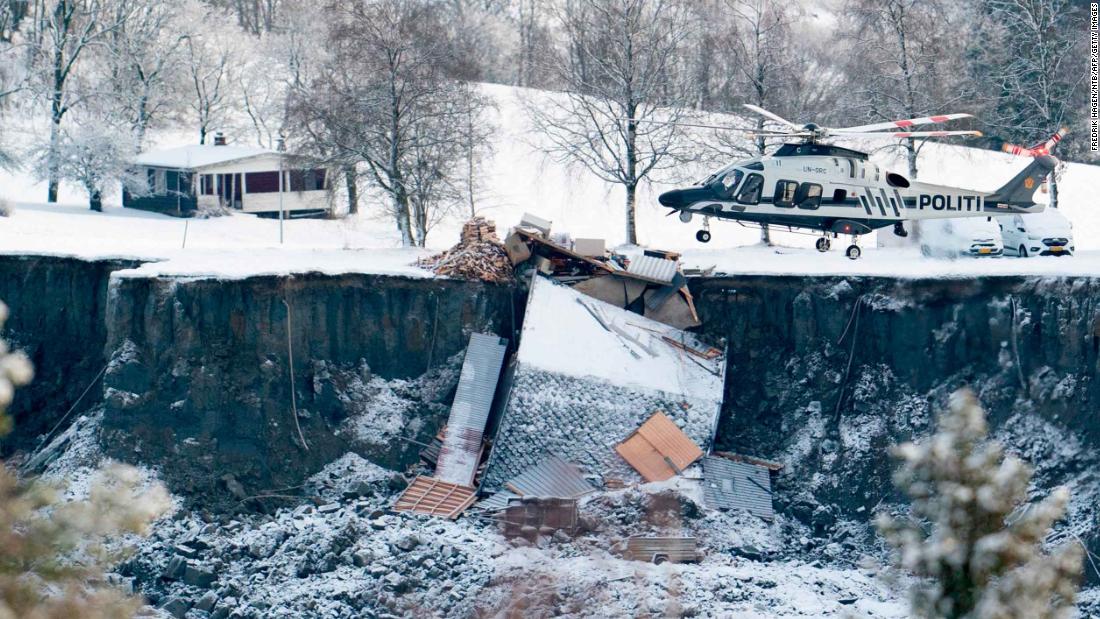 Seven people were killed in the village of Ask, around 19 miles (30 kilometers) north of Norway’s capital, Oslo, on December 30. Rescuers, who had battled freezing weather conditions in search of survivors, have now turned their mission into a search for bodies.

“It is with great sadness that we now receive the message that there is no longer any hope of finding survivors after the landslide in Gjerdrum,” Solberg said on Twitter, referring to the municipality where Ask is located.

“My thoughts go to those who have lost loved ones. I want to thank the rescue crews who have done everything they can to save lives.”

The president of Norway’s Parliament, Tone Wilhelmsen Trøen, called the disaster “a desperate situation, for the Gjerdrum community and for the whole of Norway.”

In a news conference near the scene of the disaster, Police Chief of the Eastern Police District Ida Melbo Øystes said: “In the last week we have done everything we can to save lives. We have investigated all areas where it was possible to imagine that someone could have survived.”

“But even though we have given up hope of finding survivors, the search is not over. We are now entering another phase to find everyone who disappeared,” Øystes said.

Video footage from the scene shows a collapsed hillside that sent mud sliding into the village during the early hours of the morning.

Analysis: Late and leaky. How the UK failed to impose an effective quarantine system