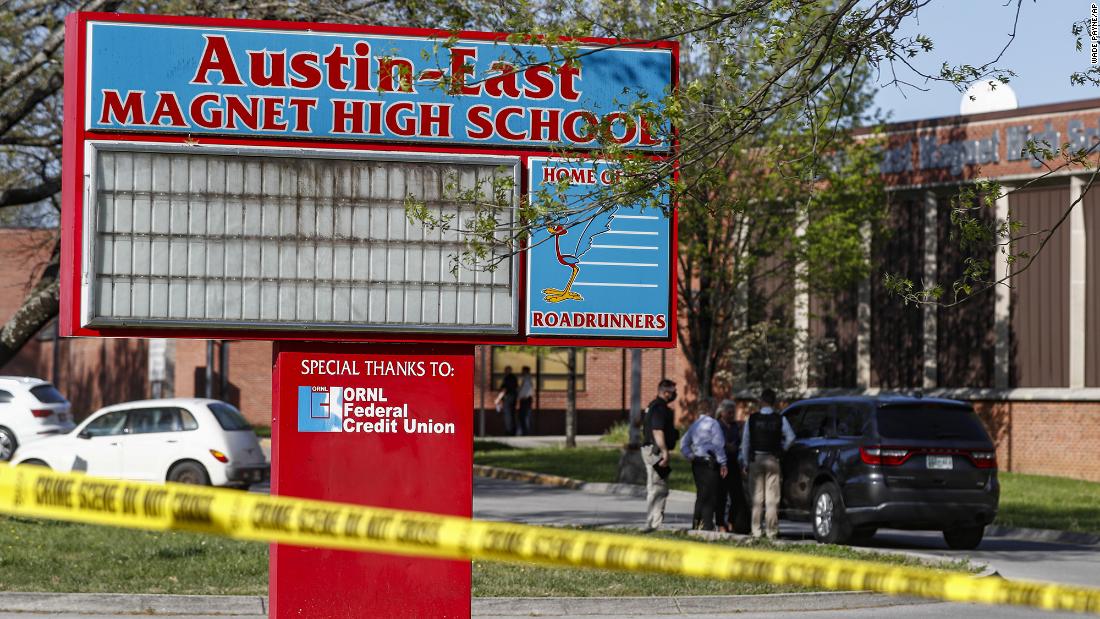 Knox County District Attorney Charme Allen, who also released security and body camera footage, said her office has reviewed all the evidence in the case. From the evidence collected, Allen said she would not be bringing charges against any responding officers because it was reasonable for that officer who fired to feel his and the other officers’ lives were in danger.

Anthony Thompson, Jr., 17, exchanged fire with officers in a bathroom of the school on April 12. Thompson was pronounced dead at the scene and an officer, Adam Wilson, was shot and injured, although the Tennessee Bureau of Investigations found that he was not struck by Thompson’s gunfire.

During the press conference, Allen said the incident started with a domestic situation between Thompson, Jr. and another student at the school that afternoon. The unnamed female student went home and told her mother about the incident, who in text message conversations with Thompson said she was calling the police.

In a call to 911, according to a tape played by Allen, the mother tells the operator that Brown is known to carry a gun and that he assaulted her daughter that day at school.

Officers responded to the school to arrest Thompson on domestic violence charges after officers interviewed the mother and female student at their home, Allen said. Officers responding to the call knew that Thompson has been known to carry a gun but had no evidence or knowledge of him carrying the gun into school, she said.

According to the district attorney, Thompson pointed his gun at one of the officers in the bathroom and then fired a shot into a trashcan. One officer returned fire, fatally wounding Thompson. Wilson, the School Resource Officer, was also injured in the shooting.

The investigation shows that the bullets that struck both Thompson and Wilson were fired from another responding officer’s gun, Allen said.

Allen said Thompson’s family had viewed the body camera videos and asked her to not release them, but she was doing so because she previously promised transparency in the investigation.

The incident was particularly traumatic for the school, which had already lost four students the months before, the Knoxville Fire Department told CNN.

Austin-East Magnet High School is a Title 1 school, which is a federal program providing financial assistance to “schools with high numbers or high percentages of children from low-income families,” according to the Department of Education.

The school’s website says it has “a performing arts focus that offers resources including visual arts, CTE and rigorous academic courses.”

World News The News Article - May 15, 2021 0
Beginning Monday at 10 pm ET, the two-hour program will be called "Don Lemon Tonight." The anchorman triggered a frenzy late Friday after...

Wealthy Indians fleeing Covid are shut out of Maldives

Top Stories The News Article - May 15, 2021 0
Maldives has banned tourists from South Asia, cutting off an escape route for wealthy Indians fleeing their own country's Covid-19 crisis. Source link