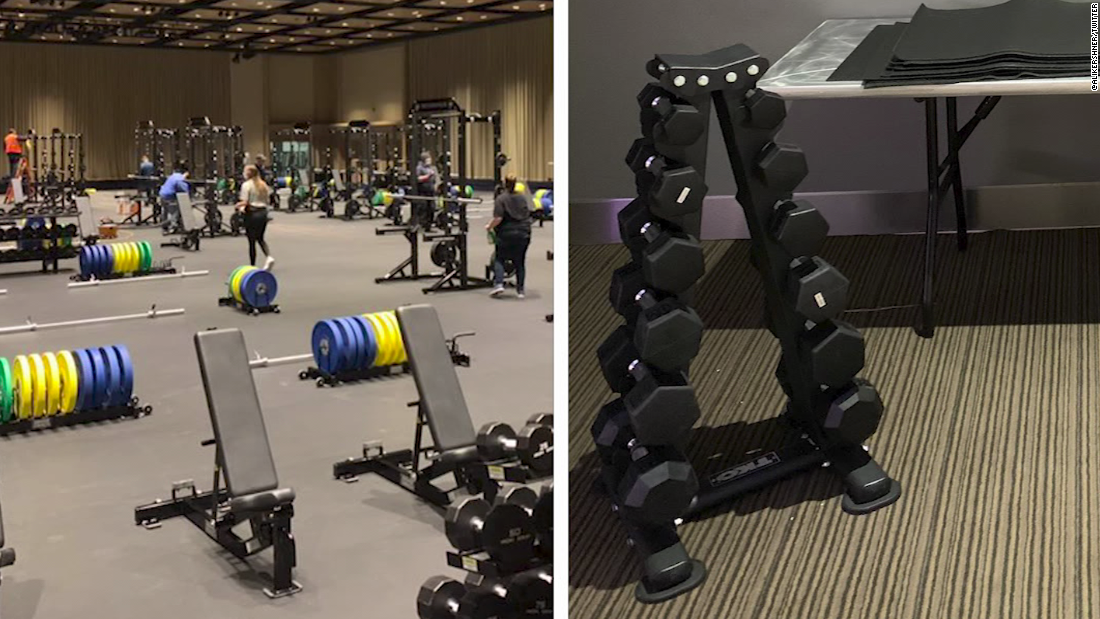 The news comes after the NCAA generated backlash over discrepancies between amenities provided to the men’s and women’s basketball teams participating in March Madness games.
“While many of the operational issues identified have been resolved, we must continue to make sure we are doing all we can to support gender equity in sports,” Emmert said in a statement. “As part of this effort, we are evaluating the current and previous resource allocation to each championship so we have a clear understanding of costs, spend and revenue.”

The NCAA retained New York City-based Kaplan Hecker & Fink LLP to assist in the review, noting that the law firm “has significant experience in Title IX and gender equity issues.”

The NCAA was criticized earlier this month over the lack of amenities, notably the workout equipment, at the women’s basketball tournament compared with the men’s event this year.
The contrast was first highlighted by Stanford sports performance coach Ali Kershner, who posted two photos on Instagram.
One photo, according to Kershner, was the men’s setup showing benches and other types of weight equipment. The other photo of the women’s setup shows a set of free weights and some yoga mats.

On March 20, the NCAA Women’s Basketball Twitter account uploaded a photo of a new weight room. The tweet read: “The weight room has arrived! Let’s gooooo”

The NCAA said it hopes to have its preliminary assessments done by late April, and the final report concluded sometime this summer after all championships are completed.

The 2021 NCAA Division I women’s and men’s basketball championship games are scheduled for April 4 and 5, respectively.

Sighs of relief at the Chauvin guilty verdict, but activists say the work on racial justice is far from over