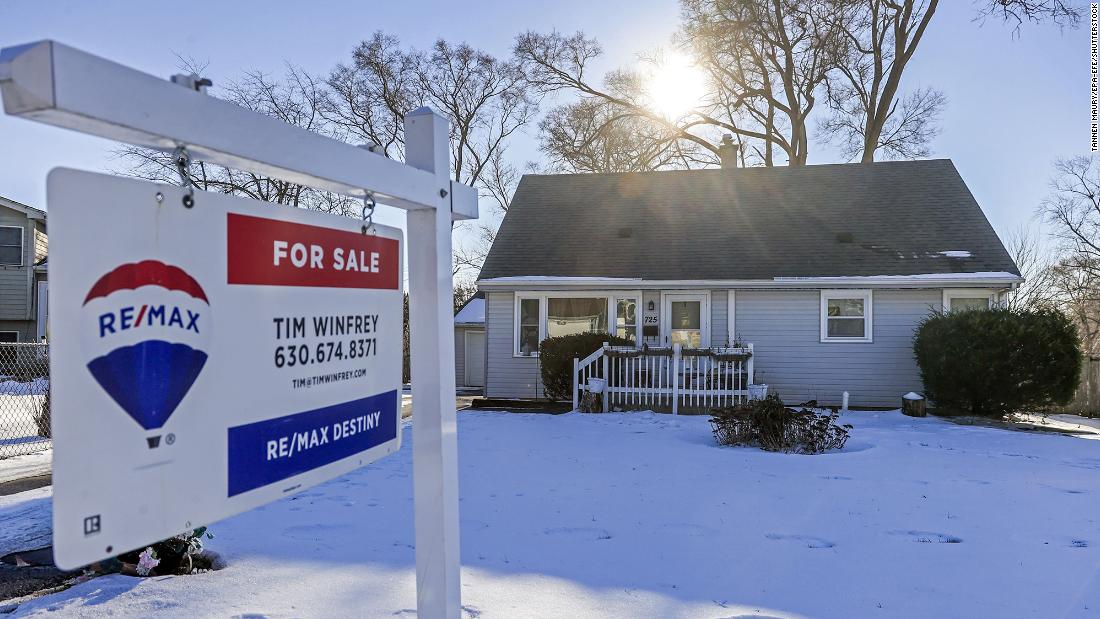 While homebuyers and those looking to refinance may have missed out on the lowest rates ever, average rates are still historically low, said Danielle Hale, chief economist for Realtor.com. Keep in mind that a year ago, the rate for a 30-year fixed mortgage was 3.45%.

“It isn’t a steady march upward, but it does seem like we may be past the trend of hitting new lows on a regular basis,” she said.

Most experts agree that, as the economy improves, rates will continue to climb. But how high will they go?

Why rates are rising

The reason rates are going up is good news: the economic picture is brightening.

While unemployment still remains higher than it was before the pandemic, the anticipation that the economy will heat up later this year has caused bond yields — seen as a benchmark for interest rate movements — to spike. The 30-year fixed mortgage rate typically moves with the 10-year Treasury rate.

McBride thinks inflation worries will continue to drive bond yields and mortgage rates higher. “We’ll get a breather in March, but have a bit more pain in the meantime.”

There is an expectation that more people will start spending more as sidelined parts of the economy become available again, coronavirus cases drop and people get vaccinated, said Joel Kan, associate vice president of economic and industry forecasting for the Mortgage Bankers Association.

“The vaccine roll out seems to be picking up,” he said. “If it continues at a reasonable pace and reaches a bigger part of the population by the middle of the year, that will help the overall economic picture.”

Another potential contributor to increasing rates is the $1.9 billion stimulus plan proposed by the Biden administration, currently making its way through Congress.

“We don’t know how much of that will go through, but there’s likely to be a boost to some households and that will help with the economic picture,” said Kan. “Again, that will put upward pressure on rates.”

But rates aren’t expected to spike. MBA forecasts the 30-year fixed-rate mortgage rate will reach 3.4% by the end of this year, still lower than the 3.5% rate in the first quarter of 2020.

Have homebuyers missed their chance?

Even as the rates are trending up, most predictions show they’re unlikely to rise by much.

“It is inevitable in the coming months that mortgage rates will be rising,” said Lawrence Yun, chief economist for the National Association of Realtors. “But nothing alarming. Maybe we will reach 3% average for the year and that will still be considered historically low.”

A bigger problem for buyers is rapidly rising home prices.

The housing market has been on fire, with record low inventory driving up home values. In January, existing home sales were up 24% from last year and the median home price rose 14% from a year ago, according to the National Association of Realtors.

“Rising rates and rising home prices amid a short supply of homes will undoubtedly challenge many homebuyers,” said Hale. “However, still historically low mortgage rates and rising rents in some of the most affordable markets for homeownership will help drive those on the fence to seriously consider buying instead of renting.”

Hale said buyers currently in the market should be prepared for some rate moves from week-to-week, she said. If you’re shopping right now, Hale said, look at your target home price and calculate what happens to your budget if rates move up.

Still, for most homebuyers, rising interest rates won’t be as big a challenge as rising prices or finding a home in the next few months. Together, these factors are likely to temper the housing market.

“Higher mortgage rates mean the red hot housing market might downshift to merely sizzling,” said McBride. “The lack of homes available for sale is a much bigger impediment than a quarter percentage point rise from record lows in mortgage rates.”

The big issue is finding a house that is affordable, said Robert Frick, corporate economist at Navy Federal Credit Union.

“But if home prices keeping rising at 15% a year, that will raise the monthly payment a lot more than $125,” he said.

Recent increases in mortgage rates may cool off homebuyer interest, but they set a hard deadline for those considering refinancing. As a result of higher rates, refinance activity fell 11% last week to its lowest level since December 2020, but still remained 50% higher than a year ago, according to MBA.

For people considering refinancing, the party isn’t over, said McBride, but it is getting close to last call.

Ford is about to unveil its electric F-150 pickup truck

Here’s what Salesforce has learned as it reopens offices

That money you donated to a GoFundMe? It probably isn’t tax deductible

Why Bill and Melinda Gates’ divorce will probably be drama free

Going back into work? Prepare to prove you’ve been vaccinated