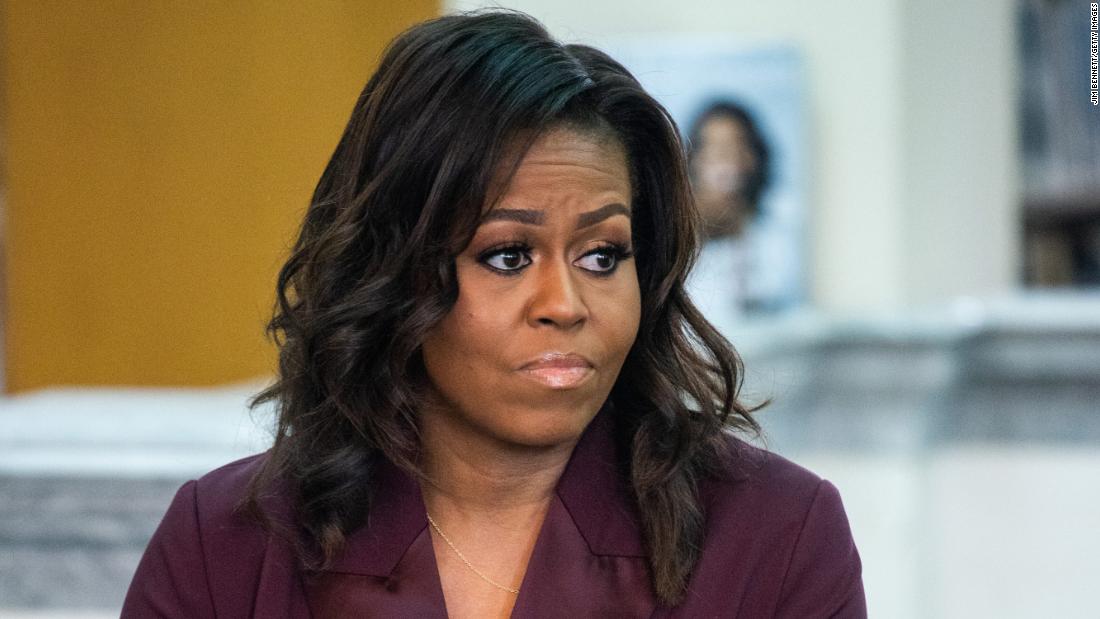 In an interview with Jenna Bush Hager on NBC’s “Today” show, Obama spoke about her thoughts on Meghan’s experiences with the family.

“Race isn’t a new construct in this world for people of color. So it wasn’t a complete surprise to hear her feelings and to have them articulated,” Obama said during Tuesday’s interview.

In Meghan’s interview with Oprah Winfrey, which aired in the US on March 7, she detailed some of the racist attitudes she encountered — not only from the press in the United Kingdom — but also from within the royal family.

Most notably, she said there were “concerns and conversations” about the skin color of her baby, Archie, and “what that would mean.” Both Meghan and Prince Harry also said their mental health suffered at the time, but their concerns were dismissed. She felt so unsupported, she said, that she even had suicidal thoughts during her pregnancy.

“The thing that I hope for, and the thing I think about is that this first and foremost is a family,” Obama said.

“And I pray for forgiveness and healing for them so that they can use this as a teachable moment for us all.”

In a statement following the Oprah interview, Queen Elizabeth II called the accusations of racism “concerning” and said they would be “addressed by the family privately.” Separately, Prince William has stated that the royals are “very much not a racist family.”

Body of missing 2-year-old boy is found in Las Vegas, suspect remains in jail without bail

The Lutheran church elected its first transgender bishop, who will lead 200 congregations