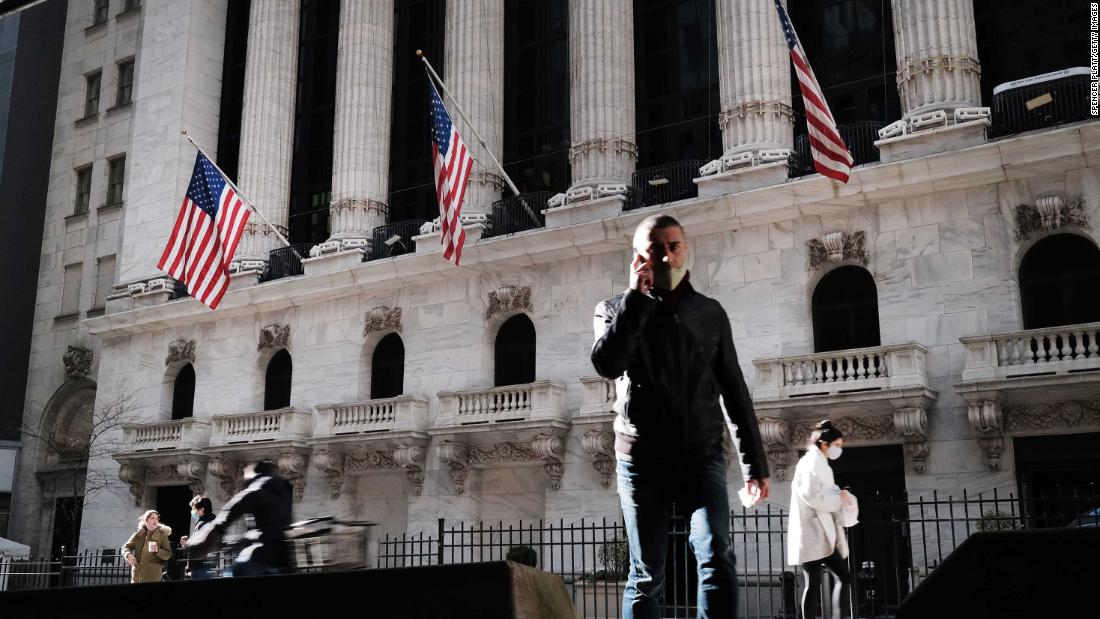 Banks have issued a flood of 2021 forecasts reflecting this attitude, anticipating a sharp “V”-shaped recovery to take hold before long.

“Following encouraging early vaccine efficacy data, we remain confident that vaccines will be widely available by the second quarter of 2021,” UBS said in a report for clients titled “A Year of Renewal.” “This should help put Europe and the US on the path to a sustained recovery. Economic activity in China has “already largely normalized,” strategists added.

There’s certainly reason to be hopeful. Pfizer (PFE) has applied for authorization to distribute its coronavirus vaccine, and reports indicate that regulatory approvals are imminent. Biotech company Moderna (MRNA) intends to apply Monday for authorization for its vaccine candidate.

But with financial markets pricing in perfection, there’s little room for error. And plenty of real risks remain.

And all this says nothing about the lingering effects of a difficult winter, which could feed unemployment and deepen scarring for vulnerable businesses like restaurants, hotels and airlines.

Bank of America notes that a lot of bullishness on vaccines is already priced in. Its strategists think stocks are still the place to be — not least because low-yielding bonds look like a lousy alternative — but point to vaccine execution and delayed stimulus as potential speed bumps.

Foot traffic nosedived at stores on Black Friday because of the pandemic.

Traditional brick-and-mortar stores saw a 52% drop in Black Friday visitors compared to last year, according to a report from Sensormatic Solutions.

Shopping traffic on Thanksgiving Day dropped by 95% as many stores closed to give their employees time off and to avoid crowds, my CNN Business colleague Shannon Liao reports.

Customers spent $9 billion on Black Friday, per Adobe Analytics, up nearly 22% from last year. That’s the second biggest day for online spending ever.

Even when customers visited stores, it was often to pick up items they had purchased online. In-store and curbside pickup increased 52% this year, Adobe said.

“What we’re seeing this year is $1 out of every $4 this season is being spent online. And that’s a marked increase from last year when it was about $1 out of every $5,” Adobe’s senior digital insights manager Vivek Pandya told CNN Business. “That’s additional billions of dollars that are being migrated online. And that’s being done in a very short period of time because of the pandemic.”

Watch this space: Online shopping records could be shattered by this Cyber Monday, with spending expected to hit $10.8 billion.

The National Retail Federation predicts that despite a tough economic environment, holiday sales will grow by between 3.6% and 5.2% compared to last year, to more than $755 billion. The question is whether all stores will benefit from that level of activity — or just those with a big internet presence.

S&P Global is buying IHS Markit for $44 billion in stock, combining two of the world’s premier providers of financial information.
S&P Global is one of the leading providers of credit ratings, analytics and indexes used to assess the global financial markets. It provides a leading index of US home prices as well as the bellwether S&P 500 (SPX) market index and the Dow Jones industrial average.

IHS Markit offers analytics and economic measures, particularly the surveys of purchasing managers in different nations around the globe that are closely watched by economists.

The deal shows the growing importance and value of financial data firms to global financial markets. Other major players in the field include Bloomberg, FactSet and Refinitiv.

Stocks are falling. But it’s not all bad news

That didn’t take long. Manic markets are back again

Top Stories The News Article - February 27, 2021 0
The released group included 27 students, teachers and family members, the state government said in a statement at the time of the kidnapping.The...

Tech The News Article - February 27, 2021 0
Acclaimed essayist and novelist Ta-Nehisi Coates has been hired to write the script for the feature reboot of Superman, which will be produced...