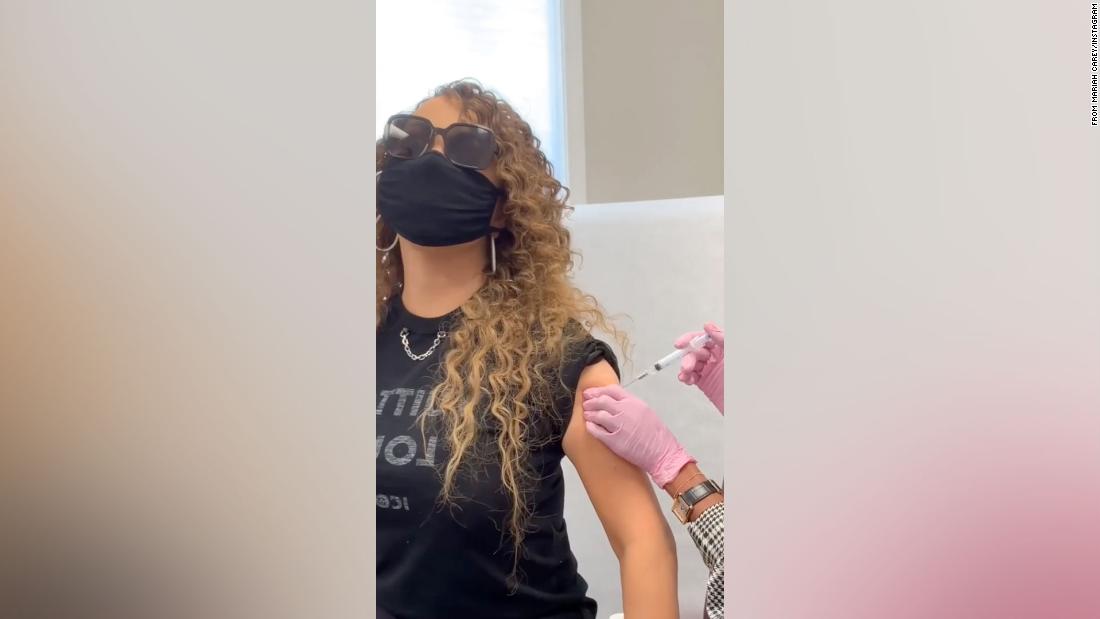 In a video posted on Instagram, Carey said she was “excited and nervous a little bit” about getting her first shot. But she took a breath, rolled up her sleeve and let out one of her famous high notes as the needle went into her arm.

“Vaccine side effect: G6,” Carey wrote in the caption.

Speaking to her 10 million followers, Carey made a nod to the state of the pandemic today compared to where it was a year ago. She referenced a video she posted with her kids in March 2020, encouraging people to properly wash their hands as the pandemic was just getting started. “We’re still in this battle together,” Carey said before getting her shot.
Carey is one of several celebrities calling on people to get vaccinated when they can. Dolly Parton also brought her singing chops when getting her shot, singing a vaccine-inspired version of “Jolene.”

While Carey didn’t say whether she was getting the Pfizer or Moderna vaccine, she did say this shot was just part one, so stay tuned for the sequel in three or four weeks.