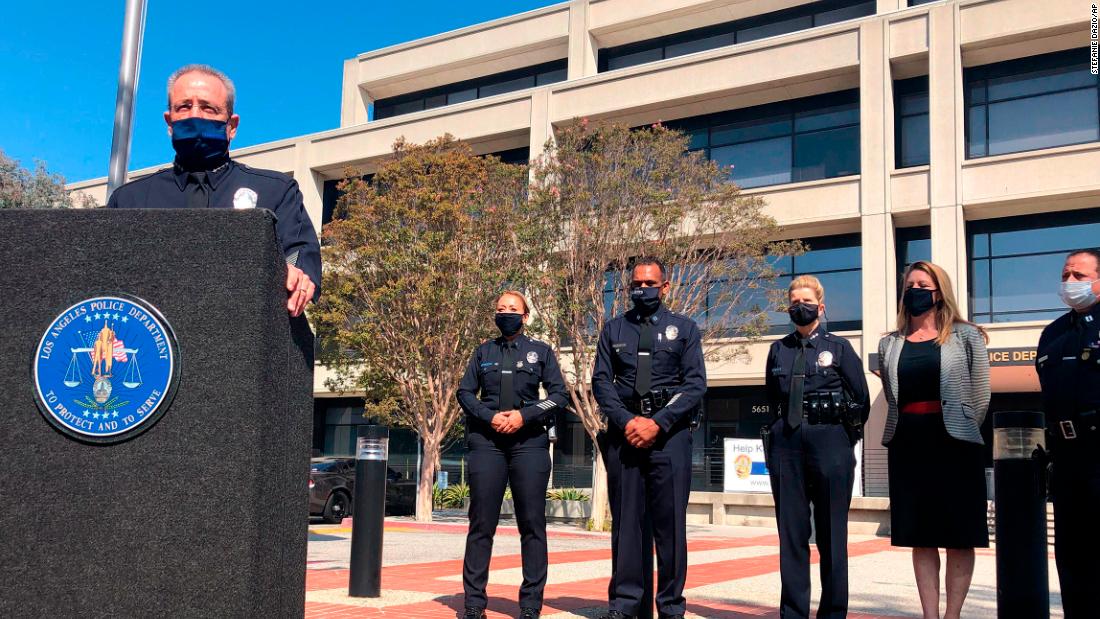 The suspect, who is accused of grabbing an officer’s gun and assaulting him with it, was charged with two counts each of attempted murder on a peace officer and assault with a semiautomatic firearm, according to the Los Angeles County District Attorney’s Office. He was also charged with one felony count each of second-degree robbery, evading and resisting an officer.

Prosecutors are recommending bail be set at $2.2 million, the DA’s office said. If convicted as charged, he faces a possible maximum life sentence in state prison.

CNN has reached out to the DA’s office to see if the suspect has retained an attorney.

The incident occurred shortly before 10 p.m. PT on Saturday after the officer, who was working on desk operations, attempted to offer assistance to the suspect, who had walked into the station’s lobby, LAPD Chief Michel Moore told reporters in the early hours of Sunday morning.

The discussion escalated into an altercation and it appears the suspect took the officer’s gun from him and began firing, Moore said.

The officer was not struck by gunfire, but he was taken to the hospital with injuries consistent with being “pistol whipped,” Moore said.

The suspect fled after the watch commander, who heard the commotion arrived on the scene and “an officer-involved shooting occurred,” Moore said.

The suspect, who Moore said was not struck, fled in a white pick-up truck and was pursued by additional officers. Another altercation broke out before they were able to take him into custody, Moore said.

The officer that was assaulted at the station had more than three decades of service at the department and is one of the most senior officers at the Harbor Division station, Moore said. Both officers involved are expected to make full recoveries.

The incident came two weeks after two Los Angeles County Sheriff’s Department deputies were shot and critically injured after being ambushed in as they sat in their vehicle in Compton, California.

Ex-USA Gymnastics coach John Geddert, who had ties to Larry Nassar, is charged with sex crimes and human trafficking