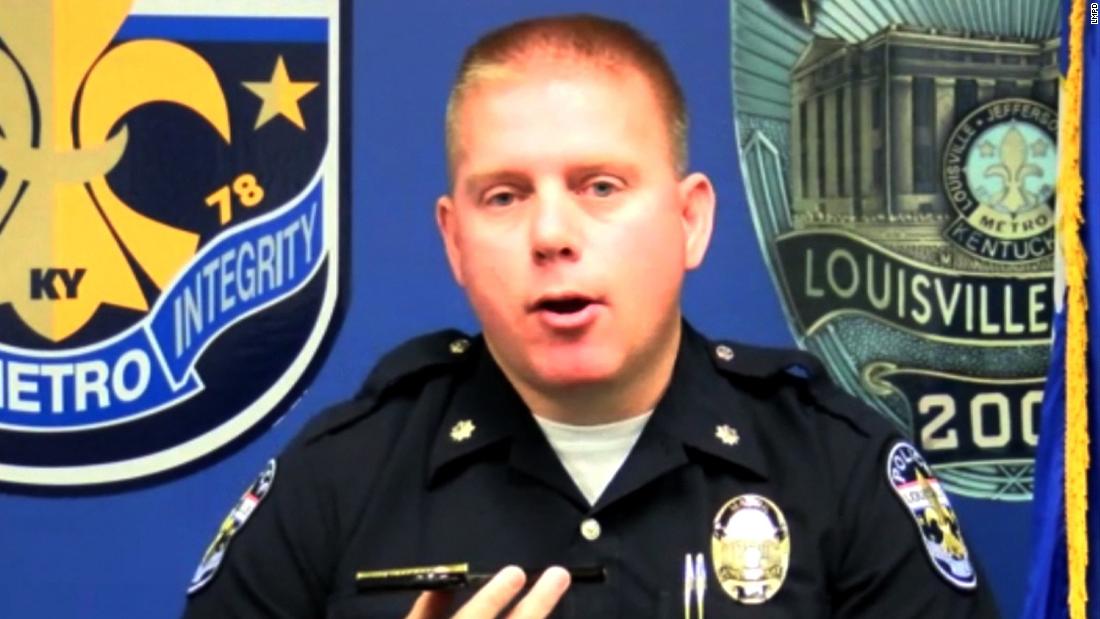 Maj. Aubrey Gregory was shot September 23 and went back to work Monday, he told reporters during an online news conference Wednesday.

Gregory said initially he didn’t know he had been shot. He said his hip felt like it was on fire before discovering a gunshot wound.

The officer said he was “very disheartened” that while many protesters demonstrated peacefully, the gunman chose violence instead.

“To be shot by a single person, I don’t hold the group responsible for what another person did,” Gregory said. “But I hold that person responsible.”

Gregory said he has spoken to Officer Robinson Desroches, the other officer shot during the same protest.

He said Desroches seems to be in good spirits, though his recovery from a gunshot wound to the abdomen will take much longer to heal.

CNN couldn’t immediately determine whether Johnson had an attorney. But Johnson is expected to have a hearing later this week, Gregory said.

CNN’s Dakin Andone and Elizabeth Joseph contributed to this report.

A Mexican restaurant in Texas is requiring people to keep wearing masks. Some are threatening to call ICE on the staff

A woman, nicknamed ‘book lady,’ wants to give away 1 million books to her community