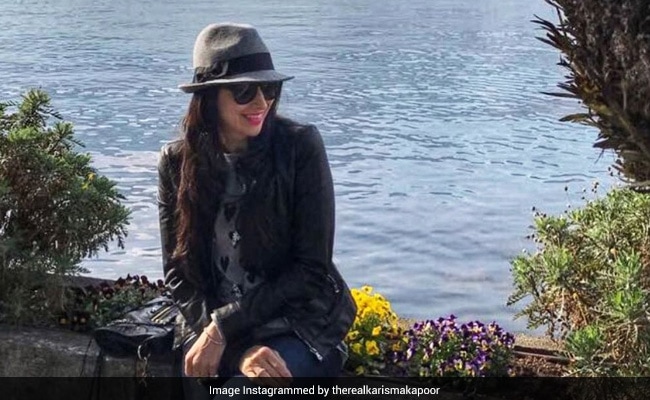 While Kareena Kapoor is chilling in Himachal Pradesh’s Dharamshala, her sister Karisma Kapoor is getting major holiday pangs. Karisma shared a glimpse of her wanderer personality with her Throwback Thursday post. Craving a vacation, the 46-year-old actress took a trip down memory lane and landed in Italy. She shared a throwback memory from her Italy vacation once upon a time and wrote: “Who else feels like travelling?” Karisma’s Italy photo is the perfect post-card one can send from the European country. That spectacular view of a lake lined with mountains and the clear blue sky is giving us major wanderlust too.

Now, Karisma Kapoor is one of those celebs who have an impressive collection of throwback photos. One such arrived on Kareena Kapoor’s birthday, with the caption: “Will continue to protect you always. Happy 40th birthday to my lifeline! Love you the most.” Here’s when she wrongfully tried to troll Kareena but oops. “Bebo can you please wake up? Oh that goes for me too,” she wrote for this childhood throwback.

Karisma Kapoor is best known for starring in films such as Raja Hindustani, Haan Maine Bhi Pyaar Kiya, Hum Saath-Saath Hain, Dulhan Hum Le Jayenge, Dil To Pagal Hai, among others. In terms of work, Karisma Kapoor was last seen in 2012 film Dangerous Ishhq, after which she featured in special roles in films such as Bombay Talkies and Zero. She recently featured in an advert for a fashion label with sister Kareena Kapoor.

PHOTOS: Saif Ali Khan arrives at the hospital with Taimur, Babita, Karisma, and Randhir Kapoor to visit Kareena and newborn baby – Times of...