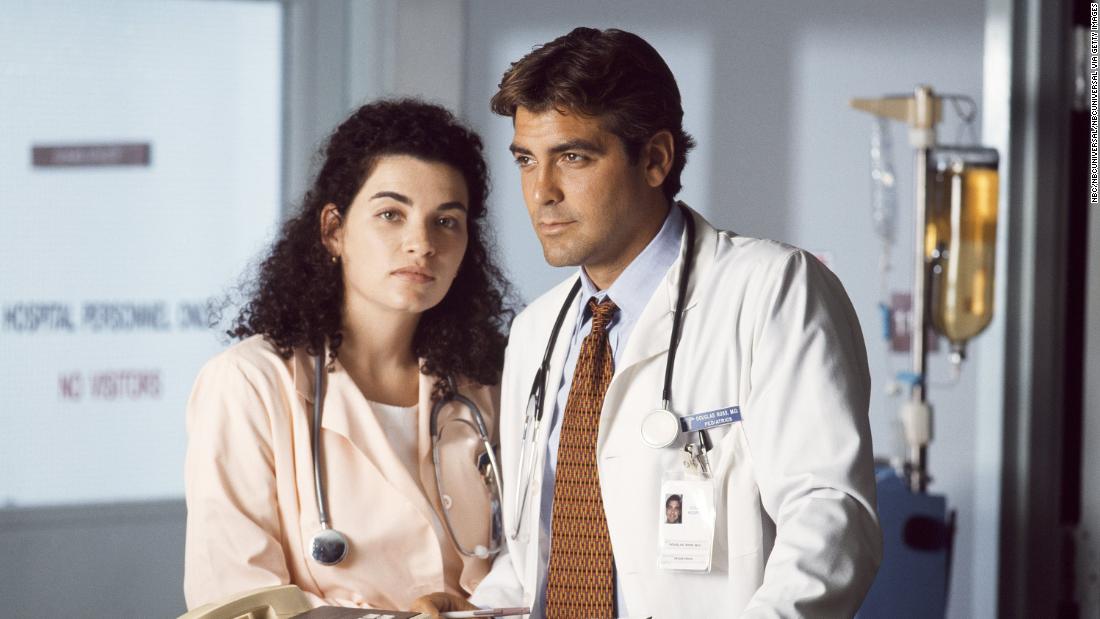 Julianna Margulies recently shared that she and “ER” costar George Clooney had a bit of a crush on each other back in the day — and that’s what fed their on-screen chemistry.
Margulies, who played nurse Carol Hathaway for six seasons on the medical drama, told People she was low on the call sheet and was initially supposed to die early on in the series.

“I was just a guest star. I had to drive my cranky little rental car to Crenshaw at this abandoned hospital,” she told the publication.

But then she met Clooney in the makeup trailer.

“And he could not have been kinder or sweeter,” she recalled.

Margulies said their immediate chemistry happened because they genuinely liked each other.

“That can’t happen if you don’t have a crush on each other,” she said. “And with George and me, it was so organic. I was just supposed to be a guest star, number 39 on the call sheet. But he treated everyone the same.”

“I followed and watched how he conducted himself on the set. When you create an environment that people feel safe in, then you do your best work. And George taught me that,” Margulies said. “I felt so safe with him. I mean, I never thought, ‘Well, why would I be in the bathtub and he’s coming in?’ I was like, ‘Okay, I’ll be in the bathtub. Yeah, great.'”

Margulies and Clooney will join their other former castmates on Thursday for a live “ER” cast virtual reunion for “Stars in the House.”

“I think I’m just as excited as the fans are to see them all,” Margulies said of the reunion.