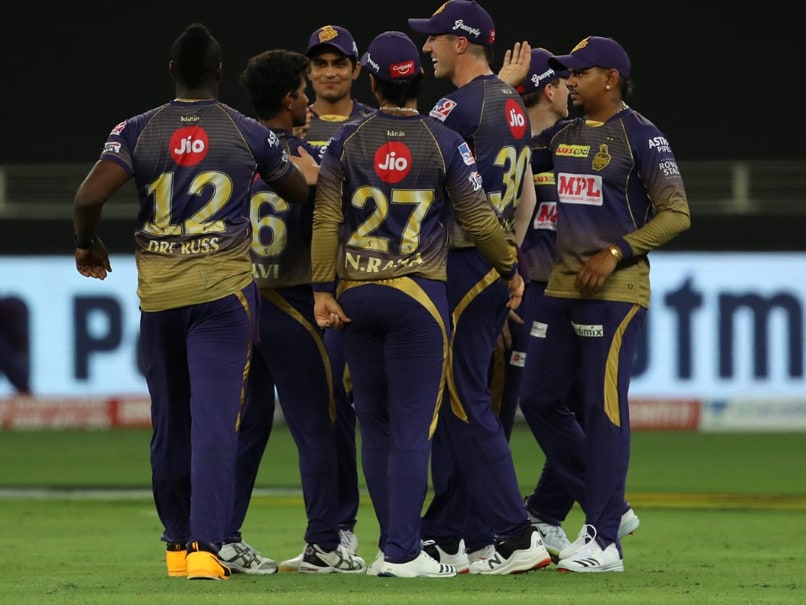 RR vs KKR: The KKR bowlers made their presence felt, taking wickets at regular intervals.© BCCI/IPL


Kolkata Knight Riders (KKR) defeated Rajasthan Royals (RR) by 37 runs in the 12th match of Indian Premier League (IPL) 2020 at Dubai International Cricket Stadium on Wednesday. RR were restricted to 137/9 in 20 overs, after being handed a target of 175. All-rounder Tom Curran (54*) was the highest run-scorer, with none of the other batsmen able to make an impact. Shivam Mavi, Kamlesh Nagarkoti and Varun Chakravarthy accounted for two dismissals apiece. Earlier, KKR posted a total of 174/6 in 20 overs after being sent in to bat. Opener Shubman Gill was the highest run-scorer for the side, scoring 47 runs off 34 deliveries in an innings comprising of five boundaries and a six. With KKR losing wickets at regular intervals and no batsman really getting set after Gill, Eoin Morgan hit an unbeaten 34 off 23 to help KKR post a competitive total. English pacer Jofra Archer was the pick of the bowlers for RR, accounting for two wickets while conceding only 18 runs. (SCORECARD)

IND vs ENG: Ravichandran Ashwin Says He Wants To Leave His Own Legacy | Cricket News

Top Stories The News Article - March 9, 2021 0
According to a note published on Twitter by Teen Vogue's staffers, the concerns expressed in the letter center around a number of racist...

Opinion: The great news from the CDC

World News The News Article - March 9, 2021 0
Each of these documents required countless hours and lots of haggling. When all was said (much was said) and done (not so much...