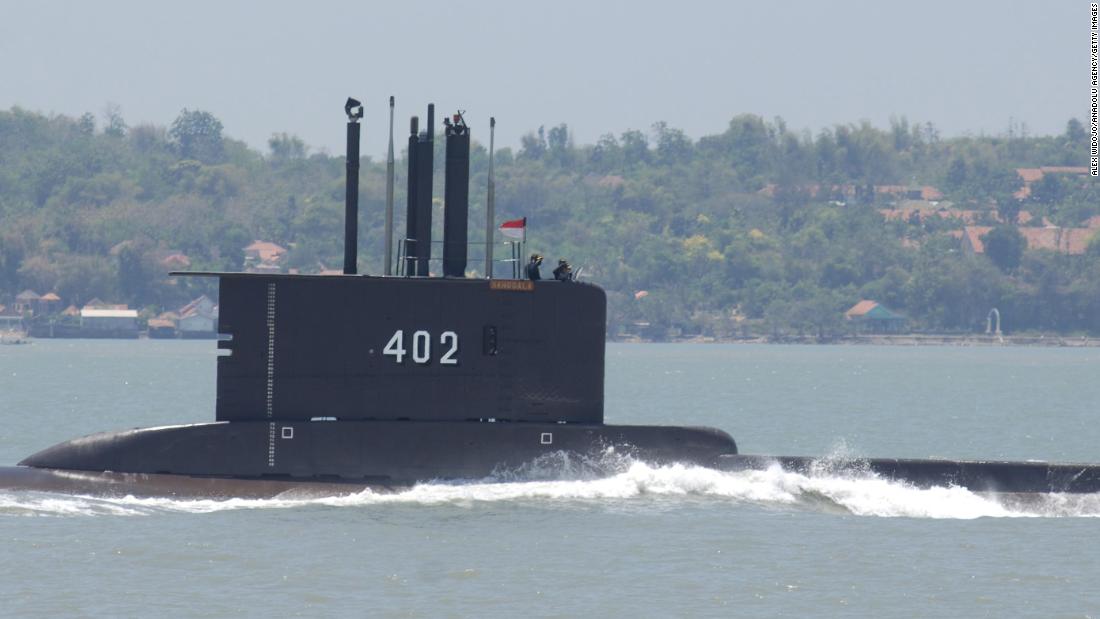 In a statement published Wednesday night, the Indonesian Ministry of Defense said the KRI Nanggala-402, a German-made submarine, lost contact during a torpedo drill in the Bali Strait — a stretch of water between the islands of Java and Bali that connects to the Indian Ocean and the Bali Sea.

The submarine asked for permission to dive, or submerge, at 3 a.m. local time (3 p.m. ET) before losing contact, it said. The statement added that an oil spill was seen in aerial surveillance near the dive point, around 7 a.m. local time.

He said the submarine has the capability to dive 500 meters below sea level, but added they now fear it went 200 meters below that depth. “Let’s pray for them so they can survive,” he said.

Earlier on Wednesday, military chief Hadi Tjahjanto told Reuters that they were “searching in the waters of Bali, 60 miles (96 km) from Bali, (for) 53 people.”

The search is currently being carried out by two Indonesian warships equipped with side-scan sonar, a tool used for mapping the seafloor, according to the Ministry of Defense. The International Submarine Escape and Rescue Liaison Office (ISMERLO), an organization that facilitates an international response for distressed submarines, is also providing assistance, it said.

Several countries, including Australia, India and Singapore have offered to provide assistance.

The 1,395-ton KRI Nanggala-402 was built in 1977 by the German shipbuilding company Howaldtswerke-Deutsche Werft (HDW) and joined the ranks of the Indonesian Navy in 1981, according to the Ministry of Defense statement.

The submarine underwent a two-year refit in South Korea that was completed in 2012, according to the Indonesian cabinet secretariat’s website.

Indonesia in the past operated a fleet of 12 submarines purchased from the Soviet Union to patrol the waters of its sprawling archipelago.

But now it has a fleet of only five including two German-built Type 209 submarines and three newer South Korean vessels.

Indonesia has been seeking to upgrade its defense capabilities, but some of its equipment still in service is old and there have been deadly accidents involving in particular ageing military transport planes in recent years.