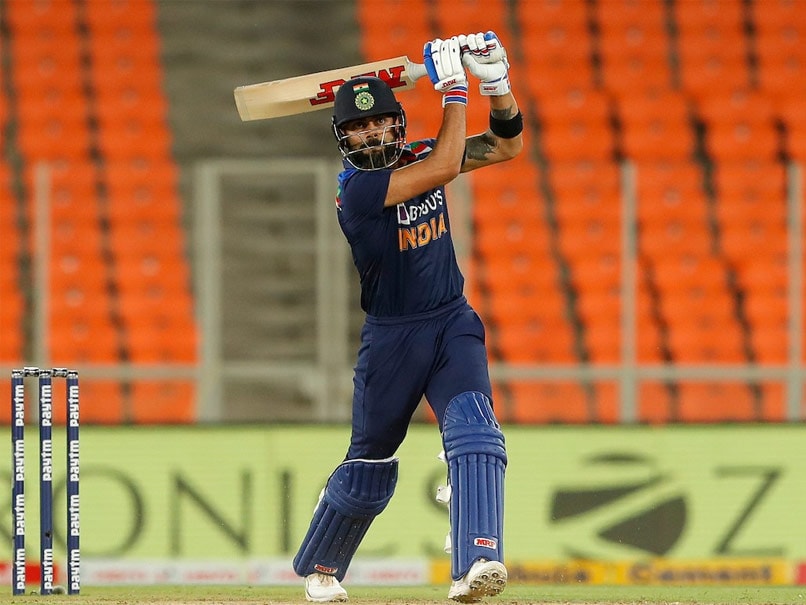 Virat Kohli’s mesmerising knock of 77 not out off 46 balls in the third T20I against England drew applause from actor Ranveer Singh and former cricketers. “Chiku on Fire !!!!” tweeted Ranveer. Kohli is often referred to by his nickname Chiku. Kohli’s innings helped India score 156 for 6 after being asked to bat first by England captain Eoin Morgan at Narendra Modi Stadium in Ahmedabad. 101 runs came in the last 10 overs of the innings as the Indian batsmen struggled in the Powerplay. Only Rishabh Pant (25) and Hardik Pandya (17) could Kohli some support.

“Special from Kohli. We’ve seen so much of him and yet,this was jaw-dropping,” said commentator Harsha Bhogle.

Special from Kohli. We’ve seen so much of him and yet,this was jaw-dropping

“This has been a masterclass from Virat Kohli. If you’re a young batsman anywhere in the world, watch this innings again but with a notebook and a pen,” tweeted Wasim Jaffer.

This has been a masterclass from Virat Kohli. If you’re a young batsman anywhere in the world, watch this innings again but with a notebook and a pen. #INDvENG pic.twitter.com/VjKQcdWzmj

Kohli started off cautiously before going into overdrive in the last five overs. With Hardik Pandya unusually slow to get off the mark at the other end, Kohli took upon himself the responsibility to accelerate at the death.

He hit Chris Jordan and Mark Wood for fours and sixes all around the ground with the trademark shot of the innings coming in the 18th over when Kohli off-drove Wood uppishly, all the way over the fence at long-off for a six.

He hit Wood for 6, 6, 4 in the 18th over and followed it with a four off Jofra Archer in the next and another off Chris Jordan in the final over.