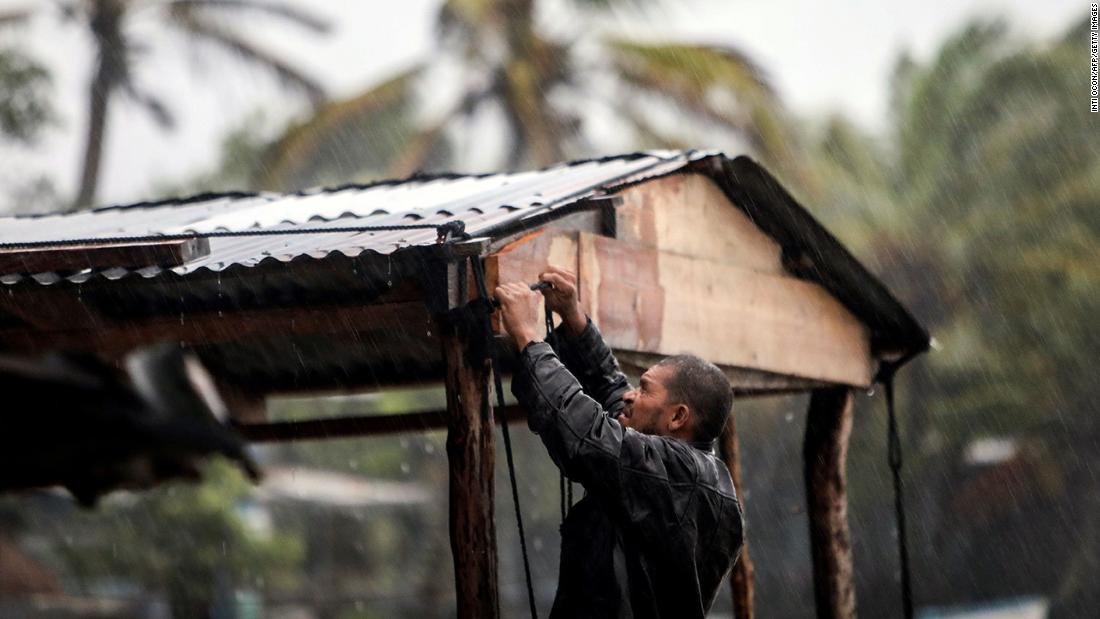 From 7 p.m. Sunday to 7 p.m. Monday, Eta’s wind speed more than doubled. As of 10 p.m. EST Monday night, the storm was about 45 miles from Puerto Cabezas, Nicaragua, with sustained winds of 150 mph.

The slow moving and rapidly intensifying storm, the latest in an active Atlantic hurricane season, has the lowest pressure of any storm in this season — a sign of its strength, according to CNN meteorologist Tyler Mauldin. As the 28th named storm, it ties the record for the number of named storms in a single season set back in 2005.
“Eta has become an impressive November hurricane as it continues to undergo rapid strengthening,” the National Hurricane Center (NHC) said Monday afternoon.

And before making landfall in Nicaragua Tuesday morning, the NHC said Eta is likely to strengthen into a Category 5.

The region is expected to withstand catastrophic and life-threatening conditions — including flooding, landslides and nearly 3 feet of rain in portions of Central America — through the week before the remnants of Hurricane Eta move back into the Caribbean, Mauldin said.

Conditions deteriorating along the coast

If Eta does reach Category 5, it will be only the second Atlantic hurricane of that strength in November on record. It will also be the first Category 5 to hit Nicaragua since Felix in 2007.

Conditions were already deteriorating Monday night along the northeast coast of Nicaragua, and will get worse as the storm reaches land. The storm has the potential to be one of the worst flooding events Nicaragua has seen since Hurricane Mitch in 1998, which killed more than 10,000 people.

As Eta’s eyewall moves on shore, the storm will deliver “catastrophic wind damage,” as well as deliver heavy rainfall with estimates of 15 to 25 inches, and isolated amounts up to 35 inches in Nicaragua and Honduras, the NHC said.

Life-threatening storm surge along the Nicaraguan coastline is expected to be up to 21 feet above normal tide. Extremely strong winds will impact areas from the coast towards the mountains.

The wind and storm surge threat will diminish throughout Tuesday, but the rain will last well into the week.

Heavy rain will spread throughout Central America, where areas from southeast Mexico down through Panama could see rain accumulations up to 25 inches.

The current forecast has the storm meandering the mountains of Nicaragua and Honduras before heading north toward Belize as a depression by Friday. The track and intensity of the storm remains uncertain after Friday and will be closely monitored.

CNN’s Hollie Silverman and Judson Jones contributed to this report.

Earliest tropical storm on record develops in the eastern Pacific

Storms, snow and sunshine are all in the forecast this Mother’s Day weekend