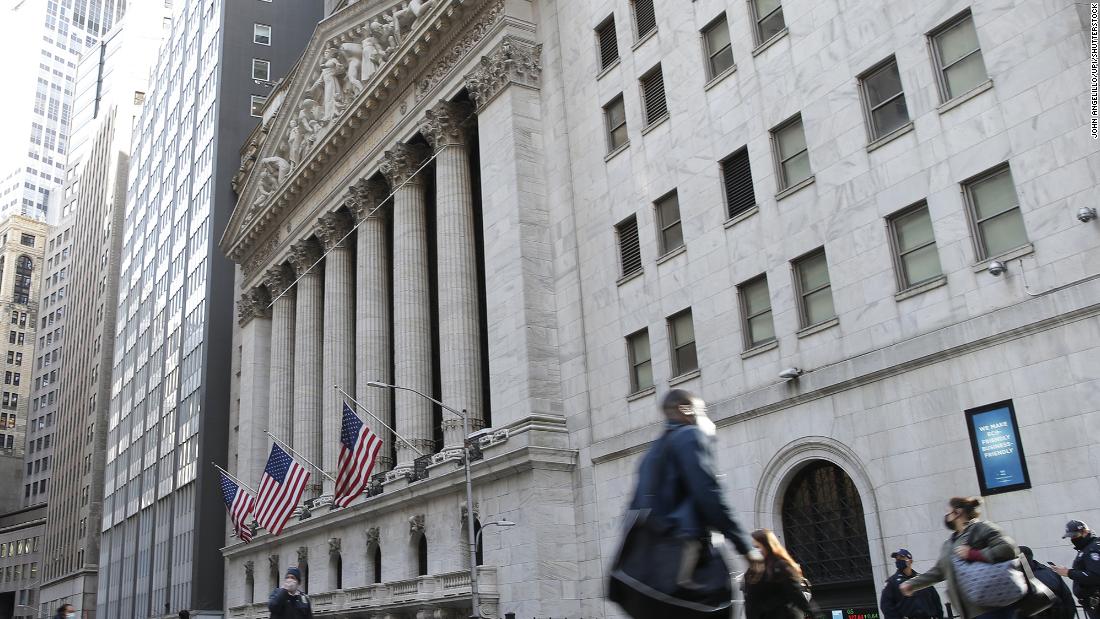 Smaller stocks began to rally at the end of 2020 after getting hit hard during the onset of the Covid-19 pandemic in the United States a year ago and they’ve continued to surge ever since.

“The Russell 2000 has had its best back-to-back quarterly gains in history,” said Megan Horneman, director of portfolio strategy at Verdence Capital Advisors, in a recent report.

There are plenty of good reasons behind the small business surge. Stimulus checks are lifting consumer spending and the domestic economy — and many Russell 2000 companies have a bigger chunk of their sales coming from the United States than from international markets.

“Even after a rotation towards value and small cap stocks in recent months, relative to history they still look cheap compared to large-cap growth stocks and should benefit from a very strong economic surge,” said David Kelly, chief global strategist with JPMorgan Funds, in a report.

Smaller companies are also getting a currency boost. The US Dollar Index, which measures the greenback versus a basket of other global currencies, is up about 3% in 2021 and near its highest levels of 2021. (The index is still significantly below its all-time high from 1985, though.)

If the dollar continues to gain momentum, that should be great news for domestic consumer companies — and not so great for top multinationals — because a stronger dollar hurts the value of sales and profits generated overseas.

Investors in smaller companies are also flocking more to value-oriented sectors such as banks, energy and consumer firms, as opposed to growth sectors like tech and biotech — a trend that’s taking place with larger stocks as well.

The iShares Russell 2000 Value (IWN) and Vanguard Russell 2000 Value Index Fund (VTWV) ETFs are each up nearly 23% this year while their growth counterparts (IWO) are up less than 7%. (That’s still a respectable gain for the smaller growth stocks (VTWG) however.)

The rally in small caps comes as many individual investors are gravitating toward riskier (and in some cases, unprofitable) smaller companies.

The Reddit-Robinhood crowd has fallen head over heels for “meme stocks” like GameStop (GME). And, surprisingly, the video game retailer is still in the Russell 2000 — even though it now has a market value of nearly $13 billion — more than three times the average market cap of $3.8 billion for companies in the index.

So investors should be prepared for more swings in the Russell 2000.

“Even before the ‘Reddit revolution’ emerged, active investors have long been drawn toward the realm of small-cap stocks,” said Lule Demmissie, president of Ally Invest, in a recent report.

Smaller companies usually beget increased volatility. “These stocks are prone to go up more in good times, but that can be a double-edged sword in bad times,” Demmissie added.

She noted that the Russell 2000 has a mix of companies vying to become the next Apple (AAPL) or Tesla (TSLA), turnaround stories like GameStop and speculative bets where investors are swinging for the fences.
Some of those companies have already moved on to the next level, with two of the largest weightings in the Russell 2000, casino companies Penn National Gaming (PENN) and Caesars Entertainment (CZR), graduating to the S&P 500 last month.

You can now sell, buy and pay with cryptocurrency on Venmo

Why copper and lithium could be ‘the new oil’